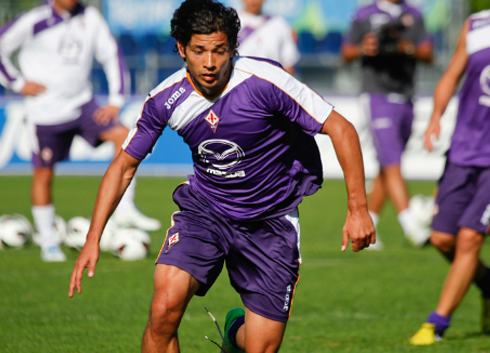 Ever since moving to Europe in the summer of 2006, Matias Fernandez has struggled to make the same impact he did in Chile as a youngster. His €8.7million move to Villarreal, which came on the back of winning the South American Player of the year at Colo Colo, failed to live up to the hype – which even included having a €50million release clause inserted into his contract. After three years, 90 appearances and just seven goals Fernandez made a €3.5million move to Sporting Lisbon where his fortunes improved significantly.

In the subsequent three years, from 2009 to 2012, Matigol made 110 appearances and scored 21 goals along the way, many of them playing an integral role in Sporting’s relative success during this time. Highlights included a top three finish in the Portuguese league, behind Porto and Benfica, reaching the semi-finals in the domestic cup and reaching the semi-finals of the Europa League.

Fernandez’ time at Sporting came to a head at the same time his year of 2012 sparked into life. The Leões made it to the final of the Portuguese Cup on 20th May and had a chance to win their first silverware for verging on five years. Fernandez played a key role in Sporting reaching the final, his assists and attacking play allowing eventual top scorer Ricky Van Wolfswinkel to blast his team to within one match of a trophy.

However, the day didn’t go to plan and Sporting were beaten by an early Académica goal and Fernandez’ hopes of winning his first trophy in Europe were quickly over.

Even so, 2012 quickly became an even better year for Fernanadez, personally. His performances in Portugal alerted Italian giants Fiorentina who parted with €4million to secure his services in the summer. Since then it’s all gone very well, with Fernandez appearing in 14 out of Fiorentina’s 18 Serie A matches and playing a pivotal role in their new and improved brand of fluid attacking football. Fiorentina now lie in third place going into their Christmas break and are only a very surmountable nine points behind leaders Juventus.

As for Fernandez on the international stage, 2012 proved to be a mixed year for the Chilean national team. In June, La Roja continued their fantastic 2011 World Cup qualifying form by beating Bolivia and then Venezuela in the space of a week, and make it five wins in a row in competitive matches. Since then it’s all been downhill. The side have now lost five in a row, three of those coming in World Cup qualifying matches and have seen Claudio Borghi finally relieved of his duties as manager. During this time, however, Fernandez’ performances have never dropped, establishing himself as the team’s best and most influential player, scoring three goals – one of them the vital late break through away to Venezuela.

Now, in 2013, Fernandez will be hoping to take his fine individual international form into Serie A and prove to everybody, and himself, that he can live up the hype that surrounded his arrival in Europe nearly seven years ago.