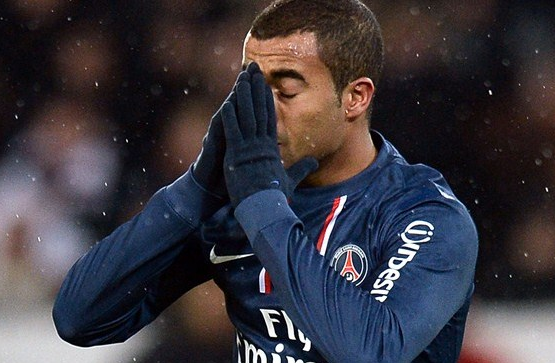 When David Beckham secured his move to Ligue 1 giants Paris Saint-Germain, many imagined that the transfer would be little more than a publicity stunt, with the former Manchester United and Real Madrid man likely to spend most of his time on the sidelines.

Even those who voiced their approval of PSG’s decision to bring the England legend and worldwide celebrity to the Parc des Princes would not have foreseen that Beckham would make his bow in a clash with the club’s fiercest rivals which could have huge implications in the race for the French title.

However, as PSG confirmed last week, Beckham will indeed be in the squad for the game with Olympique de Marseille – a game best known in France as Le Classique – which comes just seven days after Carlo Ancelotti’s side’s lead at the top of the division was cut to three points by virtue of Lyon’s win at Bordeaux and their dramatic 3-2 defeat at relegation-threatened Sochaux.

All the focus and media attention will be on Beckham going into Sunday night’s contest, but for PSG, the most influential man on the pitch could likely be another to arrive in the French capital in January, Brazilian starlet Lucas Moura.

Moura has been a revelation since swapping Sao Paulo for Paris – a move which was agreed in the summer but was not formally completed until the end of the Brazilian season – providing three assists in just five Ligue 1 games so far.

The 20-year-old midfielder also played a pivotal role in PSG’s recent first-leg triumph over Valencia in the last-16 of the Champions League, teasing the La Liga outfit with his silky footwork, pace and vision, laying on the second goal for Javier Pastore and striking the post with a long-range effort before being brought off with an injury early in the second half.

Moura’s dynamic and energetic performances led him to be named as the club’s player of the month for January, but perhaps a greater illustration of his importance to the PSG cause came in their stunning defeat to a gutsy Sochaux outfit, for which he was absent after failing to recover in time from the ankle knock he sustained at the Mestalla.

Les Rouges-et-bleus were sluggish at the Stade Auguste Bonal, and without the drive and creativity of Moura they were often overrun in the middle of the park. In addition they struggled to break down a determined home defence, despite the best efforts Ezequiel Lavezzi and Javier Pastore, who set-up both PSG goals with his precise delivery from corners.

Moura has now returned to training and is expected to be fit in time to face Marseille – who sit five points behind the league leaders in third – in front of what is sure to be a typically raucous Parc des Princes crowd.

The majority of the pre-match hype is undoubtedly set to be focused on Beckham, while the presence of Joey Barton, the midfielder enjoying somewhat of a renaissance since trading West London for the Cote D’Azur, is an intriguing subplot.

Still, although Beckham, at the grand old age of 37, still has the ability to craft goal-scoring opportunities with his excellent delivery, it is the in-form Moura who possesses the potential and the confidence to inspire PSG to their most important ‘classique’ triumph in a generation.