In July 2019, the nation of Uganda collectively slowed to a stop. After decades of misery and mediocrity in Ugandan football; they’ve never qualified to a World Cup and have qualified to just two Africa Cup of Nations in the 21st century; the team was just days away from breaking free of the age-old cycle where they disappointed in almost every possible tournament.

With just days until Uganda played Senegal in their first knockout Africa Cup of Nations game since 1978, the shocking news broke. The Ugandan team, with the opportunity of a lifetime to inscribe their name in history and attract interested clubs, was on strike. What?

The Ugandan team feared missing on the lucrative bonus that they qualified for thanks to their qualifying to the round of 16. FUFA, they accused, would not pay them their promised $14,600 if they lost their match to Senegal. Some news reports reprimanded the team for losing their focus on the football, while others praised them for speaking out against the federation. Regardless, they lost their game against Senegal. Although the result was expected, talk about the game devolved into a myriad of what-ifs and what-abouts. 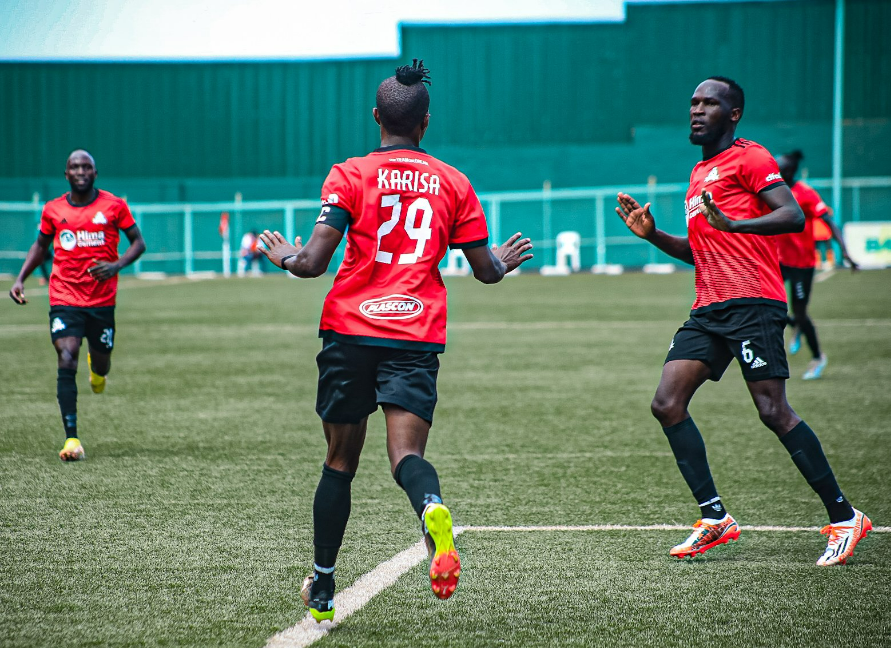 “It was not that tough, the thing is we just couldn’t finish, and they got two good chances and they put away one and it makes the difference. This game is about scoring,” Uganda midfielder Micheal Azira complained to GOAL.

After the loss, which became yet another  Ugandan football seemingly collapsed. Head coach Sébastien Desabre almost immediately had his contract terminated with mutual consent and announced his new job with Pyramids FC just three days later. Uganda lost to South Sudan in the preliminary round of 2021 Africa Cup of Nations qualifying, missed out on 2022 World Cup qualifying thanks to a dominant Mali, and face more humiliation after they lost a game and drew another in 2023 AFCON qualifying.

To this day, there is a lack of continuity in the senior team. Desabre and Johnny McKinistry only had two years to implement their vision for a long-term project before they left their post. Milutin Sredojević, current manager of the Ugandan Cranes, has already had a checkered past with the team, and him leaving seems to be imminent as the team struggles in AFCON qualifying. The doom and gloom in the national team has forced Ugandan football lovers to look to the club side.

There was hope for Ugandan clubs. Kampala City qualified for the 2018 CAF Champions League, only narrowly missing out on qualification to the knockout round. Their upset win over African giants Al Ahly gave them continental recognition, and their high-octane offense and unpredictability made them fun to root for.

With the 2022-23 Champions League season on the horizon, Uganda now has their second-ever representative in the Champions League. Vipers SC, with won of the most sound defenses in Africa, beat teams like Olympic Real de Bangui and TP Mazembe to get in the group stage for the first time in its history. It’s huge for Uganda, and it could potentially make Uganda into one of the best footballing powers in Africa.

The makings of Vipers SC

We’ve seen it before where a great club team bursts onto the scene and national team success follows shortly after. Italy’s dominant 2006 World Cup-winning squad came to fruition partly because of Serie A’s dominance in the Champions League. The quick, fluid passing style that rose through La Masia helped Pep Guardiola’s Barcelona win multiple trophies and Spain dominate world football. Although Vipers SC might not have stars like Andrea Pirlo or David Villa in their squad, they currently have the ability to change the future of the Ugandan national team.

Vipers SC has molded many players into superstars for the Uganda team. Current Çaykur Rizespor midfielder Farouk Miya, Hai Phong winger Joseph Mpande, and Milton Karisa are Vipers SC alums that have all played several matches for the national team. They are rivaled only by Kampala City, who have also played a pivotal part in Ugandan football.

But their ascent to the pinnacle of African football would not be possible without Vipers SC president and owner Lawrence Mulindwa. Mulindwa initally served as chairman for Vipers SC(then named Bunamwaya FC) for four years(2000-2004) before running for president of the FUFA office. Although he would not be actively making decisions for the Ugandan side, he would inject huge amounts of cash from time to time, helping them lift the Ugandan Premier League. Despite the continental title, Vipers SC could not enter the Champions League due to financial reasons.

In his time in FUFA, Uganda lifted the CECAFA Challenge Cup four times and reinstated smaller, regional competitions. Yet, his presence was not enough to earn Uganda qualification to the Africa Cup of Nations or the World Cup. After his barren run continentally, Mulindwa stepped back in 2013 to focus on rebuilding a Vipers SC team consistently challenging for national silverware.

Mulindwa helped implement a youth system that pulled players out of St. Mary’s School in the small city of Kitende, where he served as an executive director. The academy helped pull great talents out of secondary school football and into the Ugandan Premier League, which they won in 2015.

More success followed. The team has won two Uganda Cups and three Uganda Premier League title since 2016, making them one of East Africa’s best clubs. Continentally, they’ve been lacking. Before 2022, they had never qualified for the Champions League nor the Confederation Cup. Their only continental victories have come against Comorian minnows Volcan Club de Moroni and Sudanese side Al Merrikh. It’s why their victory in the Champions League is so important; it’s a burst of brilliance from a side that has been underestimated by pundits and fans alike.

Vipers’ arrival onto the scene came when they knocked traditional African power TP Mazembe in penalties. Since then, the team are celebrities to excited Ugandan fans. A winnable group that consists of Raja Casablanca, Horoya AC of Guinea, Tanzania’s Simba SC, and Vipers will have fans jumping with excitement. It’s safe to say this is Vipers’ world to conquer.

A victory for Uganda

Uganda manager Sredojević should also be overjoyed, not only because of the parallels between 2010 Barcelona and Spain, or 2006 Italy and Milan, but also because of the new-found talent he now has.

Vipers SC players have played under a myriad of formations; from the common 3-5-2 of previous manager Robertinho, to the 4-4-2 used by past manager Fred Kajoba, Vipers have learned to become tactically aadept. It’s a dream come true for Sredojevic, who has been somewhat indecisive when it comes to making a formation.

Even before Vipers’ newfound success, Sredojevic has always been optimistic about this Uganda squad.

“We have been drawn with huge football nations, but, with support from FUFA and enough preparations, I expect my boys to perform better in the tournament this time round,” Sredojevic told press ahead of a the African Nations Championship. Sredojevic’s confidence extends to the senior side as well. “We can create shocks, even though our budget is probably 10 percent of some rivals,” a hopeful Sredojevic said in 2016.

Vipers SC themselves have a chance to prove themselves as they enter the group stage with an entirely new coach. Roberto Oliveira, who led Vipers into the Champions League in 2022, left his post for the prestigious Simba SC job. It’s unknown who the head coach will be at the time of writing, but it gives Vipers a chance to prove there are no fluke, and their talent is enough to cause waves for Africa.

As for the Uganda team themselves, they could probably use the solidity and defending that Vipers has to offer. Don’t be surprised if Vipers make a deep run; much like Petro de Luanda did last year, and if Uganda surges out of their slump in AFCON qualification.

I'm an African football analyst who loves cheering for the Super Eagles and Atletico Madrid. I am 13-years-old and am featured in WorldSoccerTalk as well.