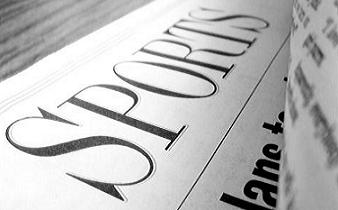 Good morning and welcome along to another “The Other Back Pages!”

We’re now in our third week but don’t go calling it a regular feature just yet as there is still time for us to realise that sending traffic to other sites isn’t really a good idea and we should instead be focused on making sure you stay here with us. Until we come to that conclusion, we’re going to just keep going with our round-up of the best writing from around the internet.

Assuming that you aren’t fed up of football after the incredible 41 goals that were scored in eight games yesterday, we’re going to point out some of the finest writing that you may have missed from the last seven days. Apologises if you have read them already.

There is no doubting that the biggest story of the last week was the goings-on during transfer deadline day. The British domestic transfer record was smashed by Fernando Torres’ £50 million move from Liverpool to Chelsea and that was closely followed by the £35 million deal to replace the Spaniard at Anfield by Newcastle’s Andy Carroll, who became the most expensive English player in history. twohundredpercent’s look at the Premier Leagues Day of Madness was posted almost as soon as the transfer window slammed shut and makes for a great read. There is a justified focus on Liverpool, the team seemingly at the centre of the madness and a well-thought out examination of their move for Andy Carroll.

In the FA Cup, Crawley Town’s 1-0 victory over Torquay set them up with a fifth-round trip to Old Trafford. Crawley are currently challenging for promotion from the Blue Square Premier into the football league and their story of squaring up to arguably the biggest club in the world should have journalists searching for romantic superlatives. Notice the should have. Over on twofootedtackle, the excellent Gary Andrews explains in a wonderful piece why the rest of non-league are actually hoping Crawley Town are played off the park by Manchester United.

In the last round, the Red Devils beat Torquay United 1-0 at Plainmoor, but this wasn’t a giant killing. Torquay currently sit 13th in League Two, half a division above Crawley.

While the Gulls have scraped together a squad through the usual means of free transfers and picking up the odd released trainee, Crawley have spent close to £500,000 on assembling a team for “project promotion”. In contrast, Torquay’s record signing was £75,000 on Leon Constantine in 2004. Crawley spent more than that on striker Richard Brodie alone. Their budget is likely to be higher than the majority of League Two teams and some in League One.

Later in the week, the world of Sky Sports nearly crashed down around Rupert Murdoch thanks to a ruling in the European Court of Justice. A Portsmouth landlord contested that she should be allowed to use a Greek broadcaster to show Premier League football to her customers instead of having to pay the high fees that Sky impose. Although a piece that was actually written in June, the marvellous Swiss Ramble looks at how the Premier League bubble may burst. It does make ominous reading.

So what would happen if the TV money were to fall? Obviously the funds distributed to Premier League clubs would also be reduced, which would impact all teams, but those at the lower end of the league table would suffer the most, as a far larger proportion of their total revenue is dependent on broadcasting income, e.g. Blackburn Rovers “earn” 70% of their revenue from TV, compared to only 35% at Manchester United.

Dominic Pollard of Polly’s Pause for Sport launched a new series this week and we want to make sure you get reading it now. Over the coming months he is going to look at Intolerance in the Terraces and we can only assume it will make for excellent reading.

Finally, I want to point you in the direction of Simon Godfrey’s coaching diaries. Simon is going to blog about his many experiences in coaching and I suggest you check it out.