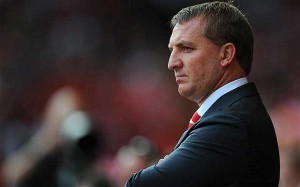 The dream is over. The romance is dead. The glory will have to wait.

Liverpool’s season is not mathematically at an end, of course, but the nature of their spectacular collapse will have drained the impetus from their title challenge with as much speed as it has animated Manchester City, once thought adrift from the summit of the Premier League table.

Given the 25 years of heartache linked to the Hillsborough disaster, the souring of a dream which captured considerable public sympathy is especially hard to take. There has been more than a hint of misty-eyed destiny in the accomplished way that Steven Gerrard has carried his teammates to the pinnacle but, in purely sporting terms, their fall is not completely surprising. If Liverpool’s intense, fast-paced attacking style provided us all with some kind of illicit high in recent months, then their disregard for the game’s core principles surely represents the wicked comedown.

Football is an intensely cruel pursuit, but it is also a simple one comprised of solid fundamentals and arithmetical certainties. Compellingly, its cruelties often lie in the certainties themselves.

Two weeks ago, Brendan Rodgers and his swashbuckling charges required seven points from three matches to complete their improbable conquest of the Premier League. The formula for success was reassuringly black and white. Playing with verve and imbued with the kind of momentum so crucial to the latter stages of a long season, Liverpool welcomed second-place Chelsea to Anfield. Needing only a draw to preserve a comfortable five-point lead at the top, the home side was promptly defeated.

Suddenly the odds were shifted. City, not Jose Mourinho, were the willing beneficiaries of the Londoners’ win. Liverpool, in the wake of their manager’s warning that City could yet surrender the initiative, would only draw 3-3 at Crystal Palace on Monday evening. Blessed with a thicket of games-in-hand, Manuel Pellegrini’s team have now won their last three ties to carry a two point cushion into the final week. Barring the unlikelihood of this expensively assembled squad wilting against West Ham on the last day, one half of Merseyside will be left to rue the meekness with which their chance at salving old wounds was frittered away.

There is a saying in American sports that ‘defense wins championships’, a somewhat clinical mantra in a landscape otherwise known for its focus on glitzy high-scoring contests and highlight reels. The theory does hold strong though; it is truism more than cliché. In a culture where victory is, ultimately, the only outcome of any consequence, one feels that the Americans are on to something. Liverpool have been wonderful, that is undeniable, and while they have carried many of us along with them, the cold fact is that a liberal attitude to defensive fortitude is likely to scupper one’s hopes before a campaign is concluded.

One need look no further than that statistics columns to discern the roots of Liverpool’s implosion. The team’s 99 goals symbolise just rewards for its rampant forward motion but with 49 conceded the margin for error is frighteningly thin. City, by contrast have scored 100 and allowed 37. These numbers propelled Liverpool to the top of league but left them little room for misstep; only a virtual continuation of their winning form would bring them their prize. It has proved unsustainable.

Viewed in isolation, the concession of three unanswered goals to Palace, opponents lacking any aspirations beyond the prize money, is simply careless. To do so when coveted silverware is at stake can only be deemed a crippling disappointment and it might seem less than inevitable were it not for the lackadaisical manner in which Rodgers’s defenders have conducted themselves all year. The Premier League is too fast, too hectic for perfection to be expected from a back line but plenty of championships have been built on that kind of merciless solidity. Equally, attacking football is just as effective a means to an end.

Somewhere along the way, however, compromises between the elements are necessary, a nip here, a tuck there. In letting it all hang out, Liverpool have fallen prey to their inherent weaknesses. Scoring more than you concede might sound elementary but to wield that as a tactical masterplan, to construct a collective only to attack, is naive in the extreme. Rodgers is a fine manager and coach but he was left badly exposed by Mourinho’s rudimentary approach in the April fixture.

With Luis Suarez and Daniel Sturridge laying waste to opponents on a weekly basis, it is perhaps understandable that he should decide to ride that particular train until it stopped. Unfortunately for him, the steam has run out before the station.

7 thoughts on “Liverpool’s season is shiny but hollow”