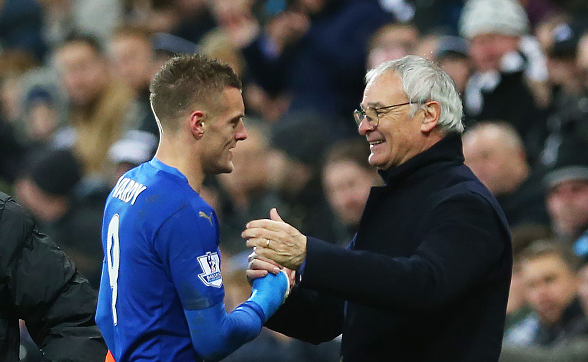 On the fourth of March 1996, Eric Cantona broke my heart. That night, Manchester United visited St James’ Park in a top of the table clash and came away with the crucial three points.

Whilst it may not have been the moment where the title was won and lost, it certainly set the wheels in motion for Newcastle’s now infamous collapse.

Whilst at the time I was devastated at my team’s failure to win their first league title in almost seventy years, I always retained the hope that it was a feat that could eventually be achieved.

Throughout a majority of the Premier League era, and in particular during the Keegan and Robson years, I always held the hope that the club was never too far from competing with the big boys at the top.

For any football fan, it is this fundamental hope of success that motivates us to come back year after year. The hope that next year, all the pieces might just fall into place and it will finally be our season.

In recent times however, the hope that I once had for my club has dwindled to such a point that it no longer exists.

Thanks to everything from billionaire sheiks, to the riches of the Champions League, just getting close to the super-rich teams at the top seems like nothing more than a pipe dream for a majority of the Premier League.

Then, when you factor in the galling lack of ambition that Mike Ashley’s Newcastle United have shown in recent years too, then you can perhaps see where my loss of hope has stemmed from.

The only small crumb of hope I have of seeing my team win anything these days is the FA, or League Cup, but again, as I’m a Newcastle fan, this hope is normally vanquished by approximately October and January each year.

These days it feels like I just go to the match out of duty rather than actually holding any hope of seeing my team achieve anything.

But this season something rather special has happened – Leicester City.

This season, as we all know, Leicester have been nothing short of sensational. A team who play as a unit, for each other, and who always give nothing less than 100% for every single second they are on that pitch.

A team filled with quality, but without the superstars and the egos that seem to comprise a majority of other teams in the league.

This season Jamie Vardy, Riyad Mahrez et al. have torn the Premier League apart and steamrollered all in their path – yet curiously, the whole footballing world is still waiting for Leicester’s ‘bubble to burst’.

Finally, after battering City so convincingly at the Etihad a few weeks back, it seems most have now realised that Leicester are the real deal and are now in the driving seat of this title race, even despite their blip against blip against Arsenal.

Now I’m not a Leicester fan. I’ve never been the city and I have no affinity with either the place or the club; but as a football fan who has grown jaded with the modern game, I need them to win this title.

I need Leicester to win the league to restore my faith in football and bring back some of the love I’ve lost for the game in recent years.

I need to once again believe that its possible for team to be promoted, win the league and then win a European Cup like Forest did all those years ago. I need to believe that another Derby, Leeds or Blackburn can happen and that team can rise from the depths of the football league and make it all the way to the top.

Most importantly, I need to believe that if by chance Newcastle United does ever finally get it right, that we too have a chance of making my football-mad city’s dream of winning the league come true.

So Leicester City, like most other football fans in this country who feel that they have no hope of ever seeing their team go all the way, you have my support and I will be cheering you on for the remainder of this season.

Whatever happens between now and the end of the season, Claudio Ranieri and his unfancied team are already heroes to all those who filter through the turnstiles of the King Power.

If come May they are holding the Premier League trophy aloft, they will have achieved this historic feat in the name of all those loyal and hard-suffering fans.

Perhaps without realising it however, they will also have done it in the name of football fans all around this country. The faceless millions just like me.

3 thoughts on “Leicester City – win the league, in the name of football”