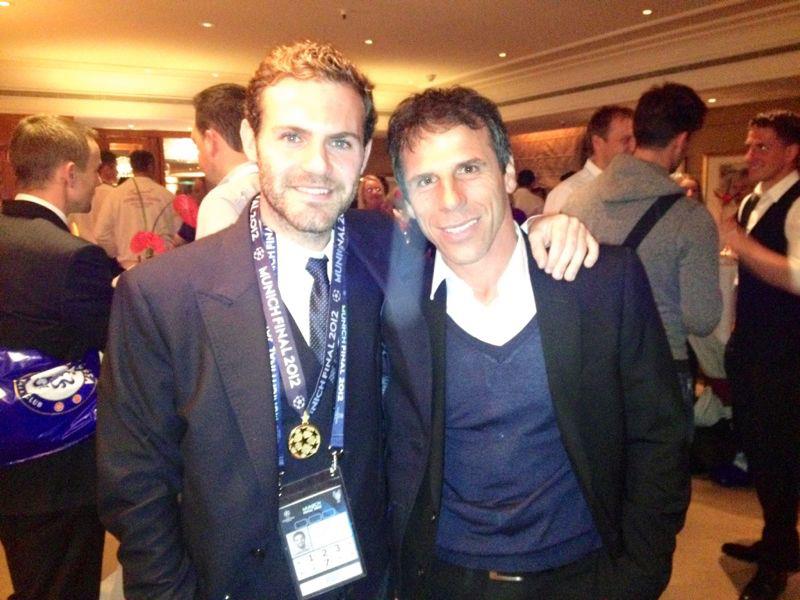 In the ten years of Roman Abramovich’s ownership at Chelsea, one word has continually reared its head.

Not success, but controversy.

From the moment Peter Kenyon flirted with Sven Goran-Eriksson while the affable Claudio Ranieri was still in a job, in 2003-04, the tone was set.

What followed, both off the field and on it, was a litany of incidents to overshadow the greatest period in Chelsea’s history.

There was the Anders Frisk fiasco, José Mourinho shushing Liverpool’s fans, and Ashley Cole’s tapping up in 2005.

That campaign was a nadir, yet nearly every year since has been marred by controversy.

It has left Abramovich exasperated and desperate to improve Chelsea’s battered image, with an attractive football philosophy and stricter discipline.

This was one of the main reasons why Mourinho returned.

A compromise was reached: Abramovich knew few other managers in world football could lead this tender Chelsea squad out of transition and, equally, Mourinho realised that he would not be able to build the same stockade mentality with this Chelsea cohort six years on from his previous spell.

Juan Mata, at the time of Mourinho’s appointment last June, seemed central to that image.

Remarkably, going into just his third season at Chelsea, Mourinho was to be Mata’s fourth manager but given the aura of Mourinho and the fact Mata was to enter his peak at 25 years of age, it seemed Mourinho would leave his mark.

Also, Mata had recorded 33 goals and 55 assists in 118 games – and was Chelsea’s Player of the Year two seasons running: surely he would be central to Mourinho’s plans?

After all, for all the talk of Mourinho’s defensive qualities as a manager, the diminutive Deco, Wesley Sneijder, and Mesut Özil have all proved favoured pupils.

However, unlike at Porto, Inter and even Real Madrid, Mourinho never had so many attacking options and, in truth, he never seemed convinced.

Astonishingly, by the end of August, Chelsea had seven players going for the three available positions behind the striker and Mourinho brought in two of these himself.

Mata, who had just played in his fifth straight summer tournament for Spain, was going to have to prove himself.

Worryingly, for Mata, Oscar quickly laid down the gauntlet in the Spaniard’s preferred number ten role: netting four goals in the first five Premier League games of the season.

There remained a position on the flank and while Mata had been shunted to this position under André Villas-Boas and Roberto Di Matteo in 2011-12, there was the precedent of Joe Cole.

The gifted Cole, who initially struggled to prove himself to Mourinho as a 23-year-old in 2004, persevered and adapted to Mourinho’s methods and tactical itinerary.

In fact, Mourinho proved Cole’s most influential manager – with the converted winger enjoying the best spell of his career under the Portuguese in 2005-07.

However, despite his trademark sentimentality, fortunes quickly change with the Mourinho of today: Ashley Cole and Michael Essien have been discarded; and while Mata’s compatriots, César Azpilcueta and Fernando Torres, initially found themselves out of favour, they soon proved their worth. 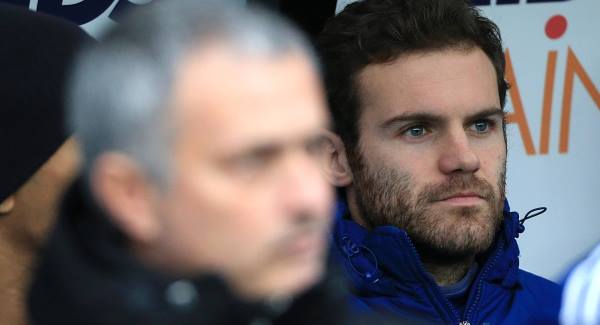 Mata, though, struggled to adapt in the same way: the Spaniard needs to be given creative freedom, as he lacks energy without the ball and does not naturally hug the touchline if he is deployed on the wing.

Oscar, on the other hand, had a seamless transition into Mourinho’s methods.

With Hazard and Mata taken the plaudits under Roberto Di Matteo and Rafa Benítez, the Brazilian’s off the field harrying and selflessness often went unnoticed.

Mourinho, though, has built the team around Oscar – who has responded not just with his attacking qualities, but, also, with 11 clearances and a tackle every 24.6 minutes in the Premier League.

Mata, in comparison, has made two clearances and a tackle every 59.6 minutes.

The moment, such as Joe Cole’s stunning goal against Norwich City in March 2005, never arrived and, admittedly, Mata was awarded the opportunities: starting 14 of Chelsea’s 29 matches up to 5 January.

A paltry return of just one goal and two assists all season suggested something was not right.

Equally, compared to Willian (13) and André Schürrle (11), Mourinho’s summer signings, Mata was third only to Hazard (22) and Oscar (19) in starts made up to that point.

And while Mata was visibly frustrated in being substituted after just 53 minutes – in what turned out to be his final game for Chelsea – against Southampton on New Years Day, the Spaniard’s conduct since has been exemplary.

There has been no leaking, no transfer request, no training ground bust up.

Mata has kept his head down and persevered ahead of the 2014 World Cup, but, ultimately, this has coincided with Willian making the right flank his own and Oscar continuing to impress in the number 10 role.

It is a hark back to the lauded Gianfranco Zola’s departure in 2003, ahead of the arrival of Abramovich’s millions and the likes of Hernán Crespo and Adrian Mutu.

The 36-year-old left for his hometown club, Cagliari, much to the sadness of Chelsea’s fans and even spurned Abramovich’s offer of a £60,000 wage rise.

Zola departed a somewhat naive Chelsea team that had often been a favourite of neutrals, but was about to become one of the most successful and controversial clubs of the Premier League era.

Eight years later, something seemed to change with Mata’s arrival under André Villas-Boas and, with it, Abramovich’s thirst for an improved image for the club.

Mata’s classiness, on and off the field, did much to remedy that image – regardless of who was the manager.