When a 2-2 draw with Iraq sealed Thailand’s progression to the final stage of 2018 World Cup qualifying in Asia, head coach Kiatisuk ‘Zico’ Senamuang matched one of his finest achievements as a player.

The last time Thailand reached this far was in 2001, when Kiatisuk was the star forward in the team. Affectionately known as Zico as a flattering comparison to the Brazilian legend, Kiatisuk has become a national hero once again for leading a team, which was at an extremely low ebb three years ago, to its highest point in 15 years.

And Kiatisuk has done things his way, bringing many of the players he worked with in the Under-23 squad before he took over the senior side in 2014.

That loyalty has paid off in style, with the likes of Chanathip Songkrasin (22), Tanaboon Kesarat (22), Sarach Yooyen (23), Kawin Thamsatchanan (26) and Theerathon Bunmathan (26), progressing from Under-23 level to form the backbone of the national team. 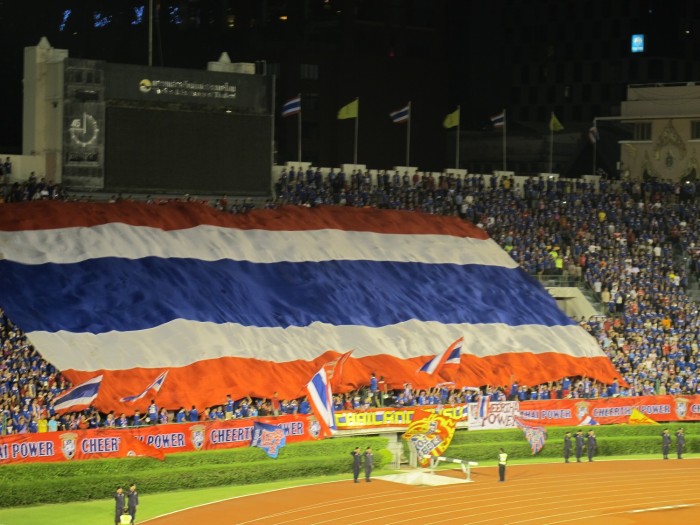 In the past two years, the Thais have swept all before them at regional level at all age groups. They are South East Asian (SEA) Games champions – a tournament played by the Under-23 sides – and in December 2014, they became AFF Suzuki Cup champions, a biannual contest between senior sides from SEA.

While Thailand have long been considered the region’s heavyweights, the AFF title they won in 2014 was their first in 12 years. Reclaiming their place as the top side in South East Asia was an important step in Thailand’s recovery from an all-time low FIFA ranking of 165 in October of that year, but it was far from the limit of Kiatisuk’s ambitions.

With much co-operation from the Football Association of Thailand, Kiatisuk worked to ensure that he could spend as much time as possible with his players ahead of the World Cup qualifiers.

This has sometimes been to the detriment of the Thai Premier League but many will see that as a price worth paying now that tangible progress has been made.

While no one is kidding themselves that the Thais might now be ready to take the next step and make it to Russia in 2018, the spirit they have shown to get this far certainly raises hopes for future generations.

The War Elephants looked down and out when Iraq came to Bangkok last year and took a two-goal lead. An unlikely late fightback forced the 2-2 draw that laid the foundations for their bid to win the group.

When Iraq dropped two more points in Vietnam, Thailand’s fate was in their own hands. After beating Chinese Taipei, they just needed a point in the away tie with Iraq.

The ‘away’ fixture was held in Iran but on a difficult pitch, the Thais survived a testing opening and were only denied victory by the last kick of the ball deep into injury time.

To put things into context, in the qualifying process for the 2015 AFC Asian Cup, Thailand lost six times out of six, including 5-2 defeats home and away to Lebanon.

It was a shambolic campaign that exposed the fragile mental strength of the Thai players and crowds of under 10,000 were showing up for the home games at Rajamangala Stadium.

Now, tickets for the 50,000 capacity stadium are selling out hours after going on sale as the fans get behind Kiatisuk’s men. 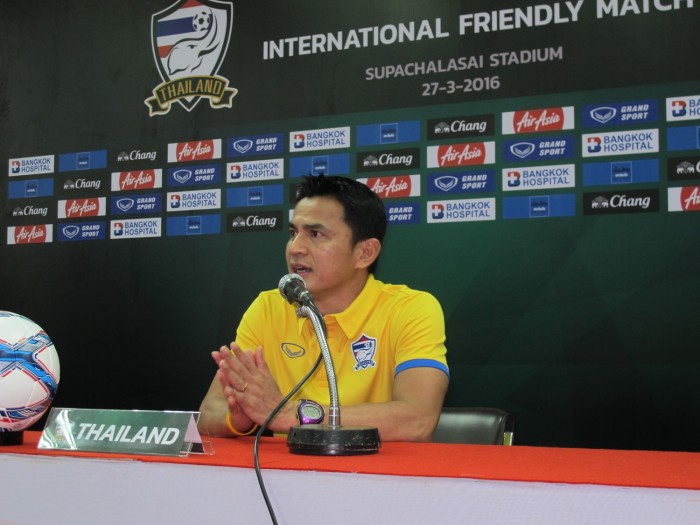 What is also remarkable about the turnaround in fortunes is that Kiatisuk’s previous attempts to forge a coaching career have generally been unsuccessful, with short stays at several clubs, including Hoang Anh Gia Lai in Vietnam.

But the man who once spent a season with Huddersfield Town, without featuring for the first team, seems to have found his niche as the head of a talented young side, who clearly work hard for their coach.

It seems a fitting reward for a man who served his country so well as a player and is admired for his humility as much as his success.

Facing superior opposition in the next stage of World Cup qualifying, it is important that Thailand demonstrate the spirit that has taken them this far. Now at 118 in the FIFA rankings, they may well be the lowest ranked country left in the competition.

However, when up against 91st-ranked Iraq, they proved that they can upset the rankings and recover from adversity. Thai fans will be hoping for more of the same.

In a football-mad region, it is an anomaly than no SEA nation has ever come close to reaching a World Cup finals tournament.

There is still a long way to go before it becomes a reality but Thailand’s journey over the past three years suggests that it might be getting a little closer.

Paul Murphy is an independent football writer based in Bangkok. He was formerly a freelance sports sub-editor with UK newspapers, including the Sunday Express and Metro. He now writes regularly for ESPN's South East Asia blog about Thai football and writes a monthly column for Hat-Trick magazine in Thailand.