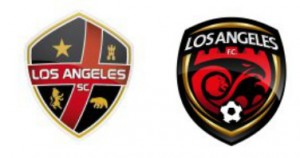 The day has finally come when Major League Soccer will say goodbye to Chivas USA.

Reports emerged on Chivas USA’s fan website ‘The Goat Parade’ – dedicated to tracking the progress of the Los Angeles based side – that ‘Chivas Guadalajara LLC’ out of Carson, California have filed two trademark applications to the U.S. Patent and Trademark office for two names and logos for Los Angeles SC and Los Angeles F.C. on the 17th January 2014.

At first the rumour was shot down by many. Claims that Los Rojiblancos were potentially looking to form either a feeder club in the USL PRO or, what would be even more surprising given the club’s dire situation, a NWSL franchise. The rumours quickly transgressed into something more though.

The Goat Parade released a report on February 17th that owner Jorge Vergara had spoken to Spanish-speaking sports broadcaster ESPN Deportes, he was quoted as saying the team ‘had studied the possibility’ of changing the name of Chivas USA while exploring possibilities as to how they will approach re-branding the failed franchise, suggesting there is no strict deadline or schedule being worked towards at this point. On February 20th, it was announced that Major League Soccer had purchased Chivas USA from Jorge Vergara and wife, Angelica Fuentes.

Chivas USA have failed in reaching the primary objective they set in 2005. To successfully create an extension to the brand of C.D. Chivas Guadalajara in the States while attracting the booming hispanic population to not only want to watch games, but also play for them. In essence, the idea was to create the culture of Mexican football in Major League Soccer. The hope on MLS’ side was that this impact would have a knock-on effect around the rest of the country and thus remind the American sports fans of what the most popular game in the world really is.

So what has gone wrong nine years on from Chivas USA’s inaugural season? A time when they would attract an average attendance of 17,080 before reaching the club’s peak the following year at 19,840. Poor playing performances, a severe lack of managerial organisation alongside legal issues off the pitch all contributed to their current situation. 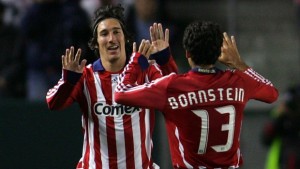 Between 2006 and 2009 Chivas USA reached the post-season. For those four years, Chivas USA would crash out at in the Western Conference semi-finals. 2007 was most arguably the most successful season of the club’s history as they came first in the Western Conference regular season. Goalkeeper at the time Brad Guzan, now at Aston Villa, was named goalkeeper of the year while USMNT Internationals Jonathan Bornstein and Sacha Kljestan were enjoying incredible success – being named MLS All-Stars in 2008. All three players secured moves away with Guzan transferring to Aston Villa in 2008, Kljestan to Anderlecht in 2010 and Bornstein going to UANL Pumas in Liga MX the same year.

However, the biggest dip has been between 2012 and 2013. In 2012 attendance figures were at 13,056 – 2013 only 8,366, only fulfilling 44.5% capacity. It is the price a club pays when there does not seem to be success in sight. For example, contrast this to Toronto FC whose big name signings of Julio Cesar, Michael Bradley and Jermain Defoe now has fans clamoring to see them play with 17,000 season tickets already sold when, in 2013, they came 9th out of 10 in the Eastern Conference. Just the potential prospect of success rather than anything necessarily tangible can encourage fans to see games.

That feeling has not translated to Chivas USA as the poor performances seem to directly correlate with the turmoil that has taken place in the front office. Constant head coach changes, new technical directors entering and exiting within a year, a shareholder takeover from Chivas Guadalajara owner Jorge Vergara along with his wife Angelica Fuentes, complete roster overhauls… the idea of ‘consistency’ does not seem to run at Chivas USA.

Just to rub salt in the wounds, months after Jorge Vergara and his wife became sole owner, he found himself in a discrimination lawsuit against non-Latino youth coaches Dan Chrichman and Ted Chronopaulos as he allegedly told staff who could not speak Spanish that they would be fired. To make matters worse, it emerged that Jose David, the club’s new president/business officer asked staff to provide a list of players who were Mexican-American/Mexican and another list for those who were not. The case was then exposed nationwide as it became the leading story on ‘Real Sports with Bryant Gumbet’ in July 2013.

Vergara spoke in his press conference in 2012 when achieving a full takeover of how he wanted to reinstate the values and identity of Chivas Guadalajara back into Chivas USA. If that means through discrimination then a sense of alienation surrounding the Californian franchise was going to be inevitable. One element Chivas USA has been consistent in is being in a constant identity crisis. A clean start may well be what is needed. 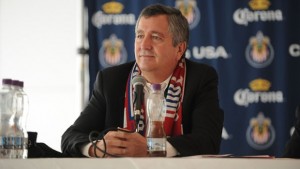 But is a brand spanking new name, a fresh new logo/colours and stadium really going to detach Chivas USA from their recent past? Re-branding the club as either ‘Los Angeles SC’ or ‘Los Angeles FC’ would closely align themselves to their much more successful rivals who, as it stands for this year, play in the same stadium – LA Galaxy. The Galaxy hold a hegemonic position in California – ahead in both stature and success in comparison to Northern Californian rivals San Jose and city counterparts Chivas USA.

Both Chivas USA and LA Galaxy play in the same city, would fans not simply head to the Galaxy over a new club brand with a shady past if the new LA team has no unique identity to them? There is the counter-argument that NYCFC could be hugely successful even though they occupy the same city as New York Red Bulls. It is unlikely though that the re-branded Chivas USA would have owners with the same financial strength behind them or the advantage that NYRB do not actually play in central New York so NYCFC have a marginally different target market.

Perhaps the best solution, and to avoid having LA Galaxy and the re-branded Chivas USA competing in exactly the same market, is to relocate the club out of Los Angeles. San Diego or Sacramento may be a suitable option or maybe even out of California entirely and go to either St. Louis or Minneapolis for example – states who are striving for a new MLS franchise.

How the re-branding process will work is still at a relatively speculative stage at this point. What has been very clear in recent years is that Chivas USA were in desperate need of a revamp. Whether that be under the name of  ‘Los Angeles S.C.’, ‘Los Angeles F.C.’ or any other name, at least steps are finally being taken to revive a dying franchise.

One thought on “Would re-branding Chivas USA solve anything?”