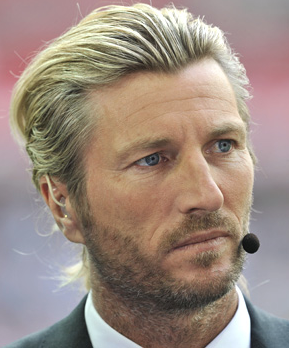 The oxford dictionary definition of ignorance predicates “lacking knowledge or awareness in general; uneducated or unsophisticated”. In all walks of life, ignorance is encountered. Ignorance, in the form of an admitted lack of knowledge can be pardoned, allowances made for honesty. Throwaway statements at the expense of real insight, though, can not be excused. In football, punditry quite often falls into the latter category.

During the Sky Sports broadcast of last Wednesday’s Champions League matches, Graeme Souness once again took the simplistic approach to analysis. Souness, who perhaps assumed mass xenophobia envelopes the UK Champions League audience, claimed that Liverpool should qualify from their Champions League group because “nobody knows” Ludogorets. Whilst many of Sky’s pundits have probably not watched the Bulgarian champions before their first group game at Anfield or have an intricate understanding of the tactics and formations in the ‘A Football Group’, it’s highly presumptuous to speak for every viewer. Most pertinently, Brendan Rodgers unquestionably had heard of Ludogorets before their narrow 2-1 victory.

Are you basing that on last night’s performance? I think that was more to do with City getting it wrong. If they’d picked a stronger midfield, they would have won the game

So, the former Scotland midfielder dismissed a whole league based on the under-performance of one side from another country. Quite staggering punditry. Incidentally, in Serie A at the weekend, Juventus beat Roma, who drew with Premier League champions City. What does that say about the quality of English football?

Souness is by no means the only pundit with an aversion to research. Phil Neville’s auspicious start to paid discussion of football took another interesting turn on Match of the Day last week whilst analysing City’s victory at Hull. The former Manchester United and Everton defender decided to point most of his criticism for City’s concession of goals firmly at the feet of new signing Eliaquim Mangala. From watching extended highlights of one performance, Neville accused Mangala of taking Hull City lightly and claimed that

with all due respect to Portuguese football, Porto (Mangala’s former club) only have four or five tough games a season, there are no easy games in the Premier League.

It is truly brilliant on Neville’s part that he can come to that conclusion on Portuguese football when he clearly never watches the Primeira Liga. Similarly to Souness, he has based his opinion of a whole league that he doesn’t watch on the performances of an English team they supposedly watch regularly. Genius. Seven games have been played in both the Premier League and Primeira Liga respectively. Benfica lead Porto by four points in Portugal, while Chelsea lead City by five in England. The top seven teams in the Premier League are separated by eight points, whereas the top nine in Portugal are also separated by eight points. Porto have drawn three of their seven games so far, and Sporting four, so they must be close to their quota of five tough games.

If Souness and Neville got their jobs discussing football on the back of their achievements as players and managers, it is difficult to ascertain what Robbie Savage has done to merit a job in punditry. To use the logic that Souness and Neville “played at the highest level”, “know the game” and can therefore articulate that knowledge, the all-encompassing media career of Savage is perplexing. Savage never played in the Champions League or at a major international tournament and he won a solitary Worthington Cup in fifteen years as a professional. That is not a problem. Some of the best pundits in the game (Richie Sadlier, Richard Hughes, Terry Gibson) had relatively nondescript playing careers.

Guys who have mediocre playing careers tend to apply themselves more to perfecting their knowledge of the game and portraying that in an engaging way, unless you are Savage of course. Savage has his own television show on BT, a tabloid column and is a regular on Match of the Day. On Saturday, he appeared on the latter, adding virtually nothing to the broadcast apart from mentioning players missing (Liverpool missed Sturridge, Aston Villa missed Agbonlahor, Newcastle had missed returning goal scorer Papiss Cisse etc). When pressed for an opinion on Leicester City’s form, Savage barely uttered a sentence, promoting host Gary Linekar to ask “is that all you’ve got to say?”.

Savage has managed to forge a media career from simply spouting opinions without well rounded research. In his season preview for the Daily Mirror, Savage predicted that Manchester United would finish fifth adding that

I will NOT be changing my mind on the major issues at both ends of the table. This is how I think the Premier League will look next May, and I will stand or fall by these predictions

only to claim that he felt United would finish fourth on BBC Five Live a few weeks later. Perhaps this is the intention. Savage’s omnipresence in the media is to ignite rage and frustration among the consumer. In that case, the organisations employing him are achieving their objectives by me even writing this.

The obvious brilliance of Gary Neville and Jamie Carragher on Sky’s Monday Night Football maybe raises false hope that media organisations will evolve to incorporate knowledgable former professionals, guys willing to commit to mastering their new craft as they were in their previous career. This is a fallacy though, as television networks continue to follow the same predictable path, which Tim Sherwood proved when he astoundingly commented that there are “no such things as number 10’s, they are just players who can’t score goals” during ITV’s coverage of Tottenham’s Europa League draw with Besiktas. That idiotic remark encapsulated why Sherwood was a dreadful excuse of a manager and is not qualified to be an analyst, but his ‘personality’ wins favour with predictable media outlets. The culture of ‘ex-pro pundits’ is here to stay, with or without merit.