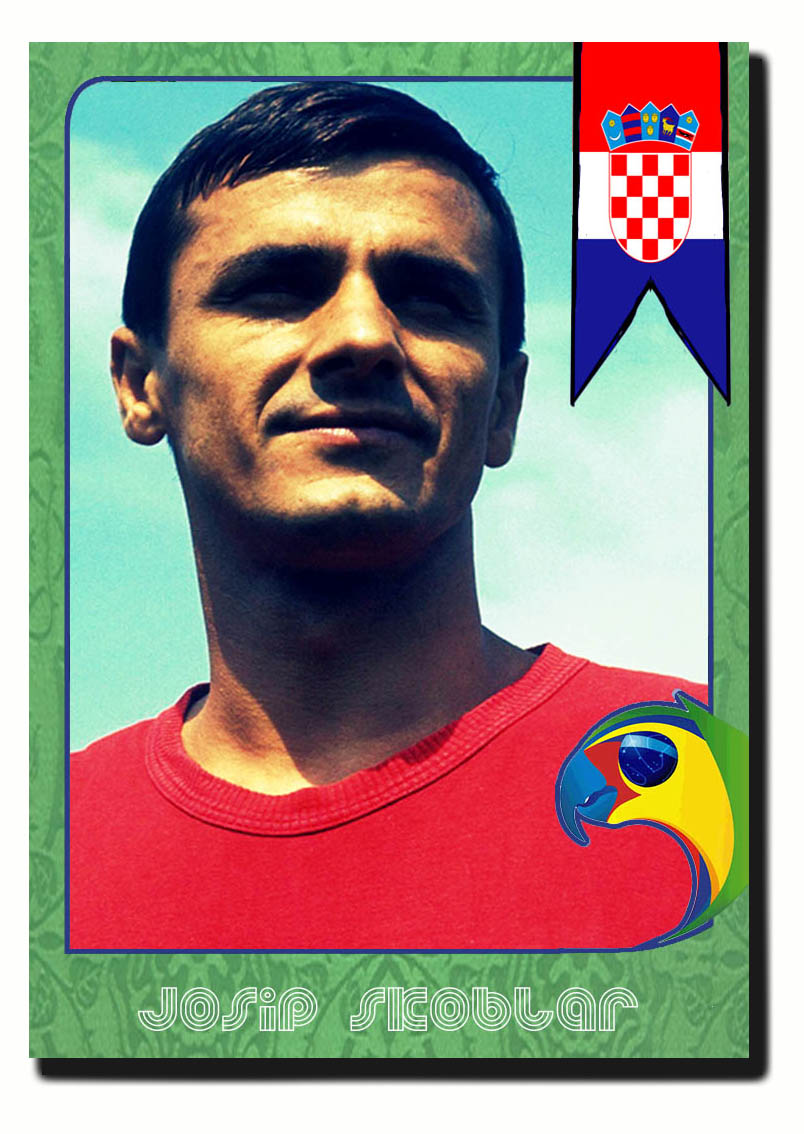 L’Aigle Dalmate (The Dalmation Eagle) was born in 1943 and raised in the village of Privlaka. Skoblar started his career as a teenager with his nearest club NK Zadar before being spotted by OFK Beograd goalkeeper Perica Radenković, Skoblar signing for the Belgrade club in 1959. At OFK, Skoblar would establish his reputation scoring 63 goals in a 162 appearances over the next seven years in the process capturing the Yugoslav Cup in 1962 and 1966.

It was at OFK that the Croatian would become a regular international for Yugoslavia debuting against Hungary in 1961. Skoblar was part of the team that reached fourth place in the 1962 World Cup scoring the equalizer against Uruguay in the Yugoslavs second match. He would go on to score 11 goals in 32 appearances until 1967. Considering what was to come his international career seems surprisingly short.

In 1966 Skoblar moved to Hannover 96 but with only one appearance in six months, Die Roten decided to lend him Olympique Marseille. It didn’t take long for the fans to see how good a striker had been signed when he scored his first goal (and picked up his first booking) against Valenciennes. Fifteen more goals followed in 17 games before Skoblar returned to Hannover. A further two years followed in Germany with a further 30 goals in 57 appearances before Skoblar’s career defining move in 1970.

In 1965 Marcel Leclerc became president of Olympique Marseilles and had been moving the club out of its dark period. Promotion to Ligue 1 followed by the Coupe de France in 1969. Leclerc’s ambitions had provided the signing of the Swedish Garrincha – Roger Magnusson – next on his list was to bring back – this time permanently – Josip Skoblar. Leclerc would not take Hannover’s no for an answer and in the mid 69/70 season Skoblar returned to Marseilles.

Thirteen goals in the next six months followed, but the next season Skoblar’s dynamic partnership with Magnusson took off. The 1970-71 season saw the Croatian net 44 goals in Ligue 1 (a season record which still stands today) and guide OM to a Ligue 1 title, swiftly followed by another the following season when Marseilles did the double in also winning the Coupe de France. In the process Skoblar earned the title L’Aigle Dalmate from the fans.

Skoblar remained until 1974 totaling 138 goals in a 159 games for Les Phocéens before a final three years at HNK Rijeka on the Croatian coast.

An explosive forward in more ways than one (he once knocked out a certain Lyon defender – Raymond Domenech – with a punch) Skoblar had a strike rate better than a goal every other game and must arguably rate as one of the best strikers to have come from Croatia.

Tune in throughout the World Cup as the series unfolds