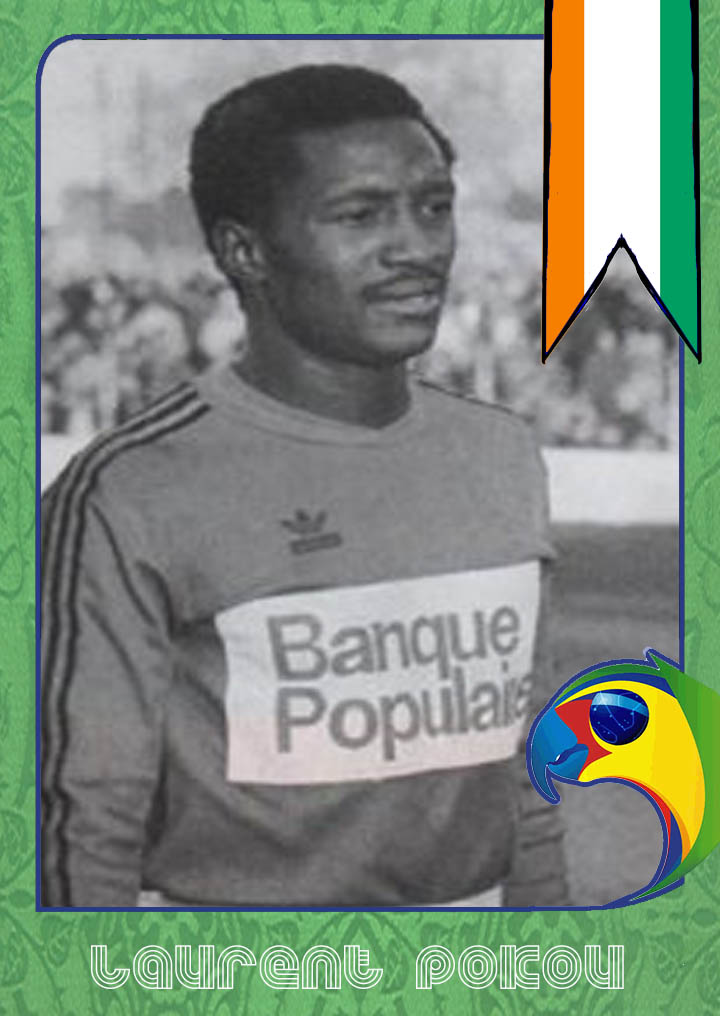 Laurent Pokou N’dri was born on the 10th August 1947 in the Treichville area of Abidjan. From an early age Pokou wanted to play football much to the displeasure of his father who wanted him to focus on his studies. Yet at the age of 10, without his father’s knowledge he started playing for ASEC Abidjan. He was there for 6 years until the family moved to Bouaké where the youngster would play for USFRAN Bouaké for two years before a move back to Abidjan and ASEC.

Pokou would stay there until 1973 building his reputation in the process. At 20 he had already been called to the national team and represented Les Éléphants at the 1968 African Cup of Nations in Ethiopia. He finished top scorer guiding the team to third place and earned his first nickname – The Man from Asmara. At home, ASEC with the likes of Pokou and Eustache Manglé were dominant, winning three league titles and six Côte D’Ivoire Cups.
At the 1970 African Cup of Nations Laurent would score 8 goals in taking Les Éléphants to the semi-finals. His reputation burgeoning he would be called up to represent CAF in 1972 at the Brazil Independence Cup where he was praised by Pelé.

Clubs in France had been trying to sign Pokou for years and by 1973 his move had become almost inevitable. He joined Stade Rennais in December that year to become the ‘Duke of Breton’, and according to their own website one of, if not the best footballer to have ever played for Les Rouges et Noirs. His arrival acted as the catalyst to avoid relegation, though the following season despite his 15 goals Stade Rennais were relegated. The start of the 1975-76 season saw Pokou grab an astonishing 17 goals in 11 games before injury struck. A major knee injury kept him out the game for 17 months. The team won promotion but struggled again and despite his six goals in 11 games upon his return at the end of the season were relegated once more. Financial troubles meant the ‘Duke of Breton’ was sold to AS Nancy to play alongside a young Michel Platini.

His time at AS Nancy was not happy. A virus, injury and a lack of confidence [both in himself and in him] resulted in the Ivorian moving back to Les Rouges et Noirs in September 1978. Initially successful, in late December 78, Pokou pushed over a referee and was handed down a two year ban. The ban was reduced to 6 months on appeal but it was too late; Pokou had returned to ASEC where he played for 2 years before finishing his career at RS Anyama.

Pokou was an intelligent player with good positional sense. Powerful, fast and purposeful. Opponent Robert Mensah once likened him to “a hungry lion advancing on its prey”, while former Rennais player Bertrand Marchand said ” He excelled in the one-against-one, this is where it allowed the team to make a difference. He had an exceptional ability to make a difference at any time, to dribble the ball 30 yards and score”.

All arguably made Pokou one of the best strikers to come from Africa.