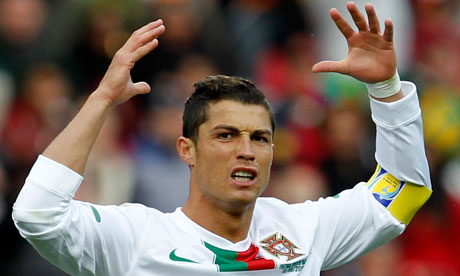 Increasingly unpredictable matches mean that there is plenty of value in these markets. I have managed to find, what I think are some very good bets in a number of games over the next few days.

North Korea’s resilient display against Brazil in their first match was extremely impressive. And given Portugal’s poor preparation, the remarkably off-colour Cristiano Ronaldo and the increasing trend for shocking results in this World Cup. There is good value in a punt for them to win this one at 8/1.

More realistically however, is to say that their unbridled commitment and sheer passion might see them poach a goal. Portugal are, on paper, by far the better team, and after a nervy 0-0 draw in their first match against the Ivory Coast, I expect them to improve and win this one.

One thing we can be sure of is that North Korea will make it very difficult by parking the bus in a truly regimented fashion. For this reason I would be wary of predicting a thrashing. Value for a draw (7/2) can be extended by backing a 1-1 scoreline in the correct score market. This returns odds of 17/2.

However, the same odds are offered for Portugal to win 2-1, which in all honesty looks like  a more sensible bet.

Without wishing to overuse ‘bus’ cliches, the old London bus expression is worth a mention in terms of Cristiano Ronaldo’s goalscoring potential. Having not scored for his country in a competitive match since Euro 2008, this is just the sort of game where he might fancy a couple.

Ronaldo is 7/2 to score a brace, and 16/1 to score a hat-trick, although the latter seems slightly optimistic against a likely 11 man defence. Better value can be found in an ambitious punt for Ronaldo to score in the first ten minutes. At 17/2, you have to believe that an early tester from distance might just find the net.

Maybe I am getting overexcited. If you fancy this one to be another tight and cagey stalemate, a 0-0 draw returns fantastic odds of 9/1. I cannot see this one being goalless but if you can, snap up the odds.

Christiano Ronaldo to score in the first ten minutes (@ 17/2)

France’s tournament went from bad to worse this week after striker Nicolas Anelka was sent home for his half time altercation with coach Raymond Domenech. The French camp is now deeply and publicly divided and their hopes of qualifying for the last 16 stage of the tournament are hanging from the thinnest of threads.

South Africa on the other hand are as good as out of the World Cup, but the hosts are not going to disappear quietly. The host nation has been a non-stop party since the tournament kicked off ten days ago and you can be sure that Bafana Bafana will give everything they have got to ensure they leave their mark on the pitch as well as off it.

France have not only failed to score in their first two games, but have looked decidedly uncreative and wholly uninterested. For this reason a South African victory is by no means out of the question. A 1-0 win is priced at 9/1 whilst a 2-0 victory is 20/1. Both of these prices are extremely good value considering the difference in mindset of these two teams.

With South Africa’s defence not entirely water tight, the main question is whether France can regroup and perform to potential. This one could be an uninspiring goalless draw as both teams lack attacking flair in current form. But, the optimist in me is hoping poor defence on both sides contributes to a more thrilling encounter.

Diego Maradona’s Argentina side are already through to the last 16, and they might be forgiven for fielding a slightly under strength team against Greece on Tuesday. However, there are three things which should be remembered. The first is that with an abundance of attacking talent, an ‘under strength’ team for Argentina still possess the capability to score freely. The second is that Argentina have not yet actually won the group and will be keen to secure another three points. And the third is that, on the evidence of their performances so far Argentina simply do not have a clue how to play in a more restrained fashion.

With all that in mind, I fancy Argentina to win this one comfortably. However, they do have a defence which is prone to leaking goals, and for that reason a Greece goal is not out of the question.