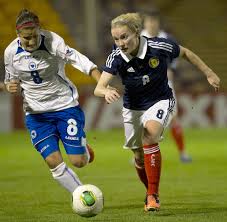 For the bulk of European nations, qualification for next summer’s spectacle in Canada will conclude on Wednesday.

In all but one of the seven groups, the automatic qualification position has mathematically been confirmed, with arguably the expansion of slots allocated to Europe having a detrimental impact on the overall quality of the qualification process.

The expansion of the tournament – which has seen UEFA afforded eight tournament berths rather than the previous 4.5 – has opened up new avenues to sides who were previously permanently in the shadows of the continent’s traditional superpowers – predominately the likes of Germany, Sweden and Norway.

Both Spain and Switzerland have utilised the newly generated window of opportunity to secure maiden World Cup bows – although the latter of that pair’s rise has come completely out of the blue given the Swiss have never previously qualified for a European Championship. Spain’s rise is however somewhat more expected, with a quarter-final showing at Euro 2013 vindication of their burgeoning rise – a result which was accomplished via some of the most captivating football witnessed in Sweden.

Even accounting for Spain’s undeniable upsurge, to have unseated Italy in topping their respective group signifies a notable achievement given the Italians can boast last eight appearances at the last four European championships. Italy without question in being placed alongside Spain were dealt the most testing examination of the seeds – a critical 2-0 defeat in Madrid to their ever improving rivals early on meant the Azzurre were always liable to be chasing a losing battle.

Besides the Italians, a disappointing Denmark are the only other top seeds certain to not have secured a spot in Canada courtesy of winning their group – a disastrous campaign means the four-time World Cup finalists and European Championship ever presents are forlorn to even make the playoffs.

Germany, England, France and Norway have all coasted into the finals – the quartet all able to boast 100 percent records in regards to victories, whilst between them they can vaunt 194 goals scored and just ten conceded. Those emphatic qualification campaigns perhaps outlining more the lack of competitive edge to the process rather than the respective group winner’s credentials to succeed in Canada.

Not be outdone by their fellow elites, Sweden can also brag nine victories from nine, in contrast however Pia Sundhage’s have yet to fully shake of an impressive Scotland – an implausible victory for the Scots in Gothenburg on Wednesday night would be enough to guide them into uncharted territory. England recently exposed cracks in the Swedish armoury – thumping the Scandinavians 4-0 in a friendly – nonetheless the monumental task facing Anna Signeul’s side should not be downplayed – to provide evidence of Scotland’s arduous assignment the Swedes have already comfortably beaten the major championship virgins on their home turf.

Much of Scotland’s aspirations will hinge on the talismanic shoulders of Kim Little, who will at just 24 remarkably claim her 100th cap in Gothenburg. The Seattle Reign midfielder has been instrumental in Scotland’s recent upturn – which includes an impressive fourth place showing in March’s Cyprus cup.

Should Scotland fail to complete mission impossible, all will not be lost with the prize of a spot in the four team playoffs already guaranteed. With that last chance saloon opportunity seeing the four best runners-up grappling for the final UEFA spot in Canada, the playoff assignment would signify a similarly taxing although not inconceivable assignment for Scotland.

Italy are the only other side confirmed in the four team knockout competition, although Netherlands – third at Euro 2009 – are also virtually assured of a second chance. The final slot is currently in Finland’s possession, nevertheless with the Finn’s travelling to France – currently ranked fourth in the world – there is every viability for Ukraine to steal in if they overcome Wales – although victory for Wales would ignite their hopes of progression. It is not completely inconceivable that Denmark are done quite yet, however they would need a draw in that fixture between Ukraine and Wales combined with both Finland and Russia not winning.

Finishing further afield, the Asian representation in Canada was confirmed back in May with the semi-finalists at the Asian Cup being joined by the winner of the fifth place playoff. That FIVE Consisting of defending champions Japan, 1999 runners-up China, Australia, South Korea and debutants Thailand – the Japanese incidentally lifted the Asian Championship courtesy of a 1-0 success over the Australians.

Both the African and Central American participants will be revealed at the back end of October when those region’s continental competitions are concluded – the former being afforded three slots and the latter 3.5 alongside Canada qualifying as hosts.

The two South American nations making the voyage to Brazil will be revealed later this month when the Copa America Feminia concludes – the team that finishes third in that tournament advancing to meet to the side ranked fourth from Central America.

With Canada promising to be the most prestigious Women’s World Cup to date – accounting for both the tournament’s expansion and the ever-growing media coverage – nobody will want to miss the party – for those still in the qualification race the next few months are monumental in regards to the development of the women’s game in those countries.