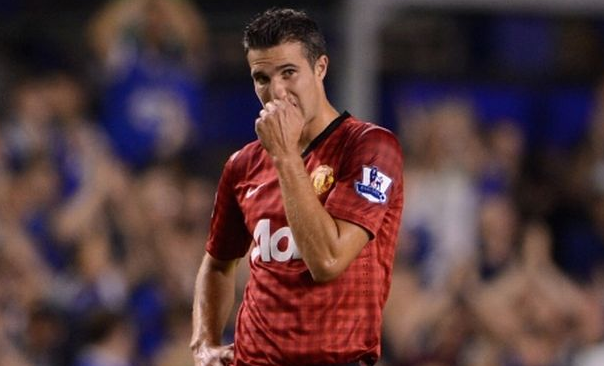 A couple of weeks ago I was writing about Van Persie’s injury and whether or not he’d be lucky enough not to injure himself again before the end of the season.

Well, I was there thinking…only time will tell. And that time came fast, an awesome comeback to the Champions with Robin down again.

The Mirror says that his injury could be a blessing in disguise for United but for me, especially after last Tuesday’s big fail, it is hard to deny the importance to Manchester United of Robin van Persie this season.

Lacking cutting edge up front under David Moyes, the Red Devils have been hoping all season that the striker can return to full fitness and form, and fire the club to the Champions League in the process.

But Van Persie’s form has been mixed, to say the least, as he struggles to find sharpness following injury. The Dutchman was out for three months as 2013 turned into 2014, with a thigh problem. The injury was similar to one that the player sustained in his Arsenal days.

Any player with a propensity for the same type of injury is going to run into problems as they get older. At 30, RVP is not getting any younger, and injuries tend to increase their frequency once a player has entered his fourth decade of life. Thigh injuries are particularly problematic, as there is little chance of being able to play through them.

There is also little that can be done, in meaningful terms, to aid the injury’s speedy recovery, especially if the thigh muscle has been torn rather than just strained.

In the past few weeks persistent rumours of the forward being unhappy at Old Trafford, led the striker to publicly declare that he has no problems with Moyes.

With his current form mixed at best, it might be time for David Moyes and United to start to look and train replacements.

Top goalscorers come at a premium price, and they are not easy to find. While the likes of Danny Welbeck and Javier Hernandez are international players in their own right, few would argue that they are in RVP’s class. Hernandez is also rumoured to be on his way out at the end of the season anyway.

But what is clear is that United desperately need a striker of quality. A lack of cutting edge has proved costly to them this season. There is plenty of creativity in the team, with players like Adnan Januzaj, Wayne Rooney and Juan Mata available but it seems like they have not been able to finish as much.

Whatever this season turns out to hold for Moyes and his men, finding a world-class striker would seem to be top of their list of priorities for the close season, whether Van Persie gets back into full shape or not.

Antonella Villani is a football fanatic and a sports injuries expert. During the week she works for PhysioComesToYou in and around Westminster, London. Follow her on Twitter.