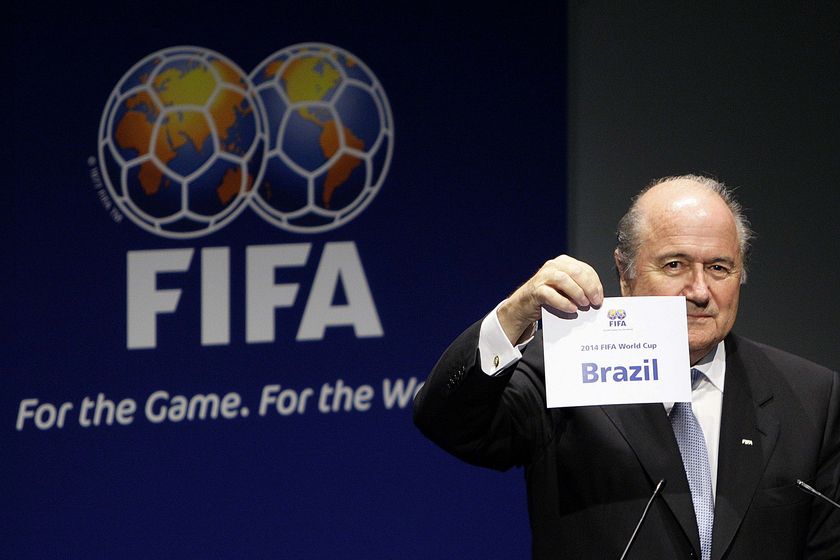 Late Thursday night saw the schedule for the 2014 World Cup in Brazil released to the public for the first time, and the extent of the travelling for each team was unveiled alongside it. And it’s not a pretty sight.

The second team within Group A, alongside Brazil, will have a 2,000 mile trip from their first game to their second – from the south-east city of Sao Paulo to the northern city of Manaus. The travel will have a massive impact on fatigue and fitness throughout the tournament, and FIFA have tried to combat this by instigating a plan for four days between matches for teams with long-distance travel.

For UK viewers, games will be at awkward times too – kick-offs vary from 5PM, 8PM, 11PM and 2AM, with the knock-out stages being around the 9PM mark. Gone will be the early morning starts at school to watch the game, or the online streaming of matches at work in the hope the boss won’t see.

But my question is this – will the World Cup in Brazil be ruined by the distance between stadia?

In short, yes, of course it will be. What makes the World Cup so great is the spectacle, and the fans – all those people who travel from around the globe in order to see their nation attempt to become the best footballing nation in the world. A massive drive, flight or ferry trip across the country will stop most fans from appearing at several games, and the fact FIFA have stopped the initial plans of keeping countries in smaller areas of the country, in order to keep the travelling to a minimum. This will have a great effect on the atmosphere at games, but the Brazilian people will of course fill up the seats and create a party round the pitch, which could be absolutely fascinating to see.

The stadia could pull it round, however. This will be the first World Cup to use 12 different stadia – six are brand-new, four are being upgraded, one is being rebuilt, and the other is the Maracana. Arguably the best stadium in the world.

What I have noticed with the stadia, however, is that eight of the announced designs or existing stadia are circular. Whether this will make a difference to the atmosphere, I don’t know, but the Maracana has proven time and time again that some of the most incredible crowds can be found in a round arena. This may be the fans, but it could be the way the stadium has been built – we’ll have to wait and see.

The likelihood of the tournament being a flop is very, very small, yet the distance each team and their fans will have to travel is monumental, and could have a distinct effect on how Brazil 2014 is remembered in years to come.

2 thoughts on “Will the Stadium Samba subside through travel?”