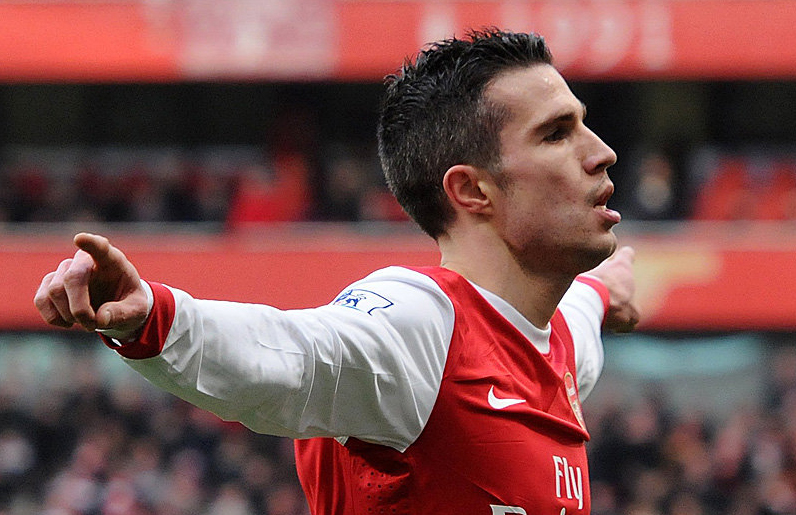 After it emerged last week that Manchester United were indeed interested in Van Persie to the point where they had opened the chequebook to the tune of £15m, Arsenal and its fans were up in arms over the price.

Surely any striker that has scored 20 plus goals in one Premier League season is automatically worth £20m at least I hear you cry. Let me tell you why the price tag placed on their prized asset is too high.

Firstly Van Persie’s average league goal per season ratio in his eight years at Arsenal stands at a lowly £12m where £10m would probably become a better reflection of his value. At times Van Persie seemed to be more fragile than a box of kittens in a snakepit and his next injury could strike at any moment. Granted he is now in the peak of his career, but as his current team mate and year long absentee Jack Wilshere would admit injury can strike anyone at any time.

Despite his age and talent he would not bring any significant experience of winning trophies to the table. With only a UEFA Cup at Feyernood and an FA Cup and Community Shield at Arsenal to his name he would not add something to the team that others such as Welbeck or Hernandez can’t already offer. The more likely outcome is that he will become the new Berbatov, frustrated at a lack of games due to the famous Fergie pecking order.

If Arsene Wenger is holding out for more money then he is arguably going to need to revise his negotiation skills. Rejecting £15M could well give off the signal that he is unwilling to sell and further offers will not come flooding in meaning Van Persie could walk away for free after a season long head turning exercise. However accepting £15M would arguably give other clubs more of an incentive to go over the top of that figure inflating the sale with the likes of Manchester City also ready to splash the cash. Not to mention the money a “business” such as Arsenal would save on the mega-bucks contract offer apparently on offer to Van Persie, a dangerous precedent to set if other team members excel this coming season.

There is no argument here over the skill and talent of Robin Van Persie as he is a class act and a truly world class footballer. However with his career record, Arsene Wenger should be driving Sir Alex to the bank himself  to recoup the £15m transfer fee and clear a player out of the squad who no longer wishes to ply his trade at the Emirates Stadium.