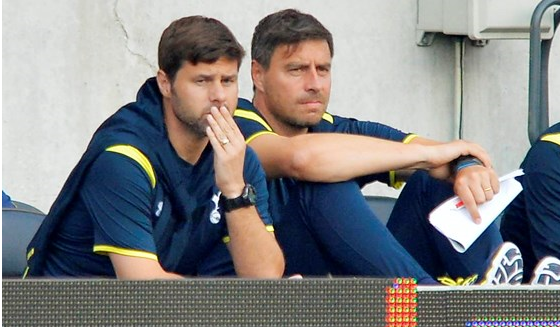 Tottenham Hotspur have almost been the forgotten club of this summer. Their transfer activity has been minimal, inactivity emphasised by their seven signings and £105 million bill last summer; and their performance last term was underwhelming.

However, the least fancied of the top six Premier League clubs to finish in the top four (at a lengthy 7/2) may just defy the bookies.

Tottenham Hotspur will finish in the top four. Why? Well…

Tottenham Hotspur have endured a few years of shaky management. It began with the departure of the loved Harry Redknapp amid the increasing pressure of the England managerial vacancy. After Redknapp exited, the stylish, suit-wearing Portuguese Andre Villas Boas took the helm, treating Spurs fans to months of uninspired performances and consistently good results. Alas, after drab performances at Liverpool and Manchester City, AVB got the sack.

The man who replaced AVB was almost the exact opposite in all facets. Tim Sherwood, a former player at White Hart Lane, filled the endearing, down-to-Earth, tracksuit-wearing void left by Harry Redknapp. Sherwood too had an impressive tenure as head coach of Spurs, winning 59.1% of the Premier League games he took charge in, before receiving his P45 just five months into his contract.

He began his managerial career at Espanyol, taking the reins as the third manager at the Catalan club in one season. The club were third from bottom on Pochettino’s arrival; by the end of the season they were a comfortable 10th, as occurred in the following season. Clearly, Pochettino is competent. He likes quick tempo of football with high pressing and short passing, something that should suit Tottenham and quell the increasing reliance on individuals to achieve results that has emerged at the Lane in recent years.

We all know about the Argentine’s attainment at Southampton: bringing through wonderful talents such as Jay Rodriguez, Luke Shaw, Morgan Schneiderlin, Calum Chambers and James Ward-Prowse; introducing a modern, progressive style of football and establishing Southampton as a top-half side. If he has one flaw, it is his regular use of a translator in post-match interviews.

Pochettino will reinvigorate and rejuvenate Spurs. He will inject energy and exuberance into a floundering, dithering side. After such tumultuous yet successful years, the appointment of Argentine gaffer Mauricio Pochettino should steady the proverbial ship

Tottenham Hotspur have a fantastic squad. A squad to rival any team in the Premier League. The spine of their team is exceptional, namely, Hugo Lloris, Jan Vertonghen, Moussa Dembele and Roberto Soldado (sort of).

Not only does Pochettino have enviable talent at his disposal, the talent runs deep throughout the squad: seven of Spurs’ squad featured in the World Cup. Anchor man Etienne Capoue made only 12 appearances last term while German international Lewis Holtby was loaned out to Fulham during the winter of 2013; the underuse of players of such ability indicates the sheer amount of quality at White Hart Lane.

Strength in depth is a vital component in any title push – Tottenham’s enviable squad will facilitate their push for the top four. Every position is covered: they have five accomplished centre-backs, six full-backs, seven central midfielders (six of whom were involved last season) and four international wingers. The squad depth will not only allow players to rotate to maintain fitness and stave off fatigue, but the depth of the squad will mean every player is playing for their position – no player can rest on their laurels.

As alluded to earlier, Spurs have been relatively dormant in the transfer market, but they have made some discerning recruits. Welsh left-back Ben Davies has been swapped for Icelandic playmaker Gylfi Sigurdsson in a deal that suits both clubs. Meanwhile, Swansea have seen Michel Vorm switch to the North London club for a shade under £4 million in a move that baffles in its unavailing nature.

Ben Davies will serve to provide a strong alternative to shackled left winger Danny Rose who was suspect for Spurs in the important games, wandering out of position too often and making costly errors that stem from inexperience. Likewise Michel Vorm will provide pressure for Hugo Lloris to perform, helping eek the very best from the Frenchman.

The final procurement this summer is England under 21 international Eric Dier. Dier is a Cheltenham-born centre-back who has lived in Portugal since the age of ten, when his mother received a job offer to work during the 2004 European Championships. Since 2003 Dier has been a member of Sporting Lisbon’s famed academy and, while I cannot promise Dier is the next Ronaldo or Figo, he is certainly a promising talent and an astute acquisition. He reads the game well (which, unusually, does not mean he is slow) and he can play out of defence with adeptness.

By the same end, the men leaving Spurs have, to say the least, overstayed their welcome. They have raked in £8 million pounds for ineffective midfielder Jake Livermore; moreover, eccentric shot-stopper and big-earner Gomes has left.

Less positively, Gylfi Sigurdsson and Iago Falque have both left. Sigurdsson scored some crucial goals last season and was one of the few players who put in a performance quasi-frequently. Similarly, Falque is a prospect with genuine potential who has been wasted by excessive loans and now walks for a fraction of his potential value.

Yet, in summary, Tottenham’s transfer activity has been largely productive. Ben Davies and Eric Dier are both shrewd signings who will supplement Tottenham’s Premier League efforts. Additionally, the wage bill has fallen significantly with the departures.

Spurs are, if we are brutally honest, saturated with overpaid internationals. Very few of their first team have the genuine exuberance of youth, which is why the younger members of the Spurs squad will be invaluable in their top four surge. There are times in a Premier League campaign when a club must rely on the hunger of youth, and Tottenham have an abundance of hungry players, chomping at the bit for an opportunity.

In defence, 21-year-olds Zeki Fryers (once of Manchester United) and Ryan Fredericks who will both be snapping at the heels of starting full-backs Walker and Rose for a first team spot. English forward Harry Kane, who was slowly integrated into the first team towards the end of last season, will continue his involvement after a brief foretaste of his potential against the likes of Sunderland and Fulham.

Plus, former Barcelona trequartista Cristian Ceballos, who scored eight and set up two in ten appearances in the under 21 Premier League and impressed on loan at Arouca, may be included this term.

The final and most celebrated youngster at Tottenham currently is Algerian central midfielder Nabil Bentaleb. Tim Sherwood’s favourite last term, Bentaleb played 13 times between December and May, exhibiting composure and anticipation beyond his years. Principally an energetic ball-winning midfielder – he makes 2.6 tackles per game – Bentaleb infrequently bursts forward a la Yaya Toure and rarely loses the ball (his pass completion last season was roughly 88%). Moreover, he had been endowed with considerable athleticism and physical presence; making for a fearsome opponent and a key asset for Tottenham.

Bentaleb was exceptional last term and will continue to impress, much like his fellow adolescents at White Hart Lane. The enthusiasm and zeal of youth is indispensable, and will certainly aid Tottenham’s rise to the top four.

Lastly, and most importantly, in the reasons why Tottenham Hotspur will achieve a top four finish in May 2015, is Argentina international Erik Lamela. With a Gareth Bale-sized hole in Tottenham’s midfield that Lamela was expected to fill, the marquee signing buckled under the pressure and endured a troublesome campaign, making just three starts and setting up just one goal.

For the majority of the season Lamela was injured or recuperating, demonstrating a worrying injury proneness. He collapsed under intense expectation, heightened by a staggering transfer fee. Last season was a non-event, inspiring disenchantment among the Tottenham faithful. Lamela was lightweight and unconvincing.

Regardless of his failings last season, Lamela is undeniably gifted. He is quick, skilful and captivating on the ball. At River Plate Lamela was widely regarded as the poster boy of Argentina’s bright new future, securing a move to Roma after just 19 appearances for £12 million.

His first year at Roma was unspectacular. In 31 appearances, he scored a mere four goals, scoring against divisional strugglers such as Cesena and Novara. Such a return makes for encouraging reading for Spurs fans – he does not hit the ground running. But more encouraging is his performance for Roma in the 2012/13 campaign, as he scored 15 goals and set up five goals in just 31 appearances.

During Tottenham’s Europa League campaign, Lamela showed glimpses of his true ability, scoring and setting up three in six appearances. There has been further demonstration of his talent during pre-season: he netted twice in the defeat of Toronto while Pochettino has lauded his attitude and quality. He has the potential to match Gareth Bale’s impact in North London, and he will in the coming seasons.

People scoffed at the disappointment Spurs endured last season, especially after the staggering amount of money they spent last year. I believe that this is the year Spurs’ transfer exploits of last summer come to fruition.

With an Argentine coach, a new season ahead, a new style of football to play and a more focussed atmosphere at Tottenham, this year will be Tottenham’s year.

18 thoughts on “Why Spurs will get top four”