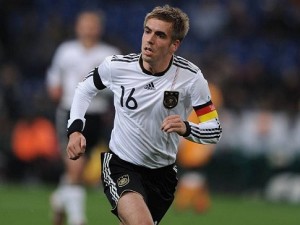 2013 taught us that modern football is about goals and defenders can’t win awards.

Even attacking defenders aren’t recognised, and Philipp Lahm – who was 2013’s outstanding player, not just for leading Bayern Munich to unprecedented success but also for his all-round ability as a footballer – is the biggest casualty having been overlooked for football’s biggest individual prize.

In an age where the internet and its wide variety of quality writers and contributors offer various viewpoints, tactical analyses, statistics, heat-maps, scouting reports and more –the most comprehensive collection of football information readily available in all of history – it’s surprising that when it comes to football’s highest individual honour, all that seems to matter is goals as goalkeepers, defenders and even midfielders hardly get a look in.

With the abundance of information available to the average Jose at home – and seemingly even more available to players, pundits and coaches – it’s somewhat ironic that all that seems to matter is how many goals Player A or Player B scored when it comes to debating the best or most influential player in a set period of time.

Do we use goals as the key barometer because it is one so easy to measure and compare, and because goals are what literally decide matches?

It doesn’t sound sexy when we talk about interceptions, tackles per game and pass success percentages, does it? But they are an equally important part of a football match. If a team cannot recover and retain the ball, their strikers won’t get as many opportunities to score. The insistence on pointing to a goals-scored column is dumbing down football.

It’s as if people forget that there is already an award for the most goals: the European Golden Shoe. The Ballon d’Or is supposed to be about more than that.

The intangible qualities, stuff that can’t be measured in a number in a column, are forgotten.

The FIFA Ballon d’Or, which is now in its fourth year awarded as a combination of France Football’s Ballon d’Or and FIFA’s World Player of the Year, is meant to be for player who left the biggest mark on the year.

In the original format, running since 1956, journalists from 52 European countries would nominate who they thought was the best player in the calendar year. Nowadays, in addition to voting by journalists worldwide, national team captains and coaches are also given three votes each. It seems harmless enough, and who better to gauge opinion on the current crop than those who coach and play alongside them?

Like I said, it seems harmless enough until you take a closer look and realise the cliquey favouritism the players demonstrate with countrymen and club-mates getting preferential treatment, sometimes bafflingly. 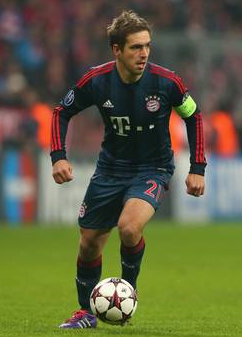 For instance, Leo Messi didn’t vote for either of his final-three compatriots, Cristiano Ronaldo or Franck Ribery; instead he opted for club-mates Xavi, Andres Iniesta and Neymar.

Cameroon’s national coach voted for Samuel Eto’o ahead of both Messi and Ronaldo.

Samuel Eto’o himself voted for Yaya Toure, Messi, and Chelsea teammate Eden Hazard, in that order.

The voting is just one point of controversy and contention at this year’s ceremony, with Sepp Blatter extending the voting period at the last minute, and more players from Barcelona being named in FIFPros Team of the Year than from Bayern Munich also set off other conspiracy theories. There’s also the often-spoken criticism of players being nominated to the initial longlist on reputation alone.

(Despite its flaws, the Ballon d’Or and voting process should be well down on the list of things FIFA needs to clean up in its own house).

This year’s winner, Cristiano Ronaldo, is a fantastic footballer, as well as an incredible athlete. He had a remarkable 2013, and the sheer number of goals he scored reflects a great feat in football. But will we look back and say that this year belonged to Ronaldo?

You can’t describe Real Madrid’s year without the word “underachievement”, and in turn due to him being the star player of the most expensive side ever assembled, we must also associate it with CR7.

He couldn’t come up with anything in the Champions League humiliation by Dortmund.

He couldn’t push Madrid to the title, instead finishing 15 points behind Barcelona – who were in their own transition and played a good portion of the season while their manager was away receiving cancer treatment.

And he couldn’t inspire his team to a win in the Santiago Bernabeu against cross-town rivals Atleti in the Copa Del Rey Final, in which he scored but was later sent off for kicking out at opponent Gabi in extra-time.

He shone for himself, but he failed when his team needed him.

Perhaps the only moment of him carrying his team to glory was his superb performance and hat-trick against Sweden in the World Cup playoff. The fact they were in a playoff was one that should have been avoided though, but two draws against Israel and finishing behind Russia in their qualifying group meant that they had to face off against the Scandinavians, with Ronaldo only scoring in two matches prior to the playoff tie.

Despite his ability as a complete attacker, there are flaws in Ronaldo’s game. He neglects defensive responsibilities, meaning his teammates like Angel Di Maria need to cover extra ground to make up for his lack of interest in the defensive side of the game. He shoots from impossible angles, and absurd distances, when there are teammates better placed. He blames his teammates for his own under-hit passes, and when things aren’t going his way his petulant side can sneak in – not least when he was sent off in the Copa Del Rey Final. His once successful free kick technique could now be described as wasteful. He isn’t exactly a team player.

Jose Mourinho also described his inability to accept constructive criticism, and said that the Portuguese thought “he knows everything and the coach cannot help him to develop more”.

Yes, it is an individual award, but is the greatest individual player one who can be detrimental to his team?

This piece isn’t designed to denigrate Ronaldo – and his achievements in 2013 are remarkable, and worthy of praise – but merely to demonstrate why Lahm, a more complete footballer in attitude and performance, would have been a more worthy recipient and, like Wesley Sneijder in 2010, was the player who defined the year.

“Philipp Lahm is the most intelligent player I have managed in my career,” said Bayern manager Pep Guardiola. A comment which carries some weight when you consider the players he’s had under his tutelage.

His influence and importance isn’t underestimated by national team coach Joachim Low either, despite intelligence, awareness, attitude and versatility not being easily measured in statistics.

“Philipp is probably the only player in Germany who can play in every single position,” said Low.

“You can stick him wherever you want – he won’t let you down.” 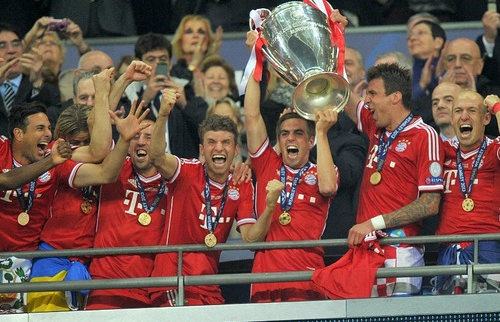 A modern fullback, capable of attacking and delivering devilishly delicious crosses – indicated by his assist tally of 11 for the year and being the Bundesliga’s second leading assistor behind teammate Franck Ribery – Lahm is also an excellent defender and reader of the game, able to organise his teammates with aplomb and in the last 24 months has greatly improved in one-on-one situations.

Even statistically speaking his all-round ability is evident, with a tackle success rate of 78% last season and this season passing at a 91% success rate while creating 15 chances for his teammates.

Add to this the tactical nous to know when to bomb forward or hold position, excellent technical attributes and the ability to pop up with the odd goal – be it a side-footed finish or a powerful strike from outside the area – and you have one of the most complete players in football who this season has also shown his adeptness and versatility in a defensive midfield role, instantly becoming an important cog in Guardiola’s new Bayern.

Lahm has been ever-present for FC Bayern, starting every game in 2013 – bar one in the DFB Pokal Cup – and enduring only two losses in the calendar year.

The captain inspirationally led the Bavarians to an unprecedented treble of the Bundesliga, DFB Pokal Cup and UEFA Champions League in 2013, even more special after the heart-breaking loss to Chelsea twelve months earlier. On top of these trophies, he’s also helped himself to the UEFA Super Cup and the FIFA Club World Cup, reasserting the dominance of Germany’s champion team and making them one of the most successful sides of all time. He was consistent throughout the entire year, and perhaps most importantly, he demonstrated he is a great player by lifting his team, which is where he most pertinently outdid Ronaldo.

Are we going to remember 2013 for Ronaldo scoring hatloads of goals against the likes of Sociedad and Galatasaray?

No, we are more likely to – and probably should – remember Madrid and Barcelona crashing out of the Champions League and a shift in power in European football as the Germans conquered the Spanish.

Philipp Lahm was the leader of that renaissance for German football and he was the player who defined 2013. The images of him lifting five trophies should be the ones we remember; regardless of how many times he kicked a round thing into the back of a net. After all, it is for the player of the year. We already have the Golden Shoe for the leading scorer, and a player’s importance and performance shouldn’t be measured merely by statistics.

It’s now 2014, and it’s time that we once again recognise the achievements and influence of all footballers, not just goal scorers.