After reading the title you might be thinking – where has he got all this from? Well, here I was sitting on Twitter reading all the latest rumours and gossip and I began to consider what could happen this summer in the transfer window.

It then dawned on me that it could easily be one of the most exciting we’ve ever had. Not just in terms of the amount spent but also the amount of deals, it’s all set up beautifully to be an enticing summer and a well needed replacement for the weekly fixtures!

Well, where to begin? Where better than arguably the best league of them all, the English Premier League. I think the Premier League will be the hub of activity and the catalyst for the madness that might ensue. Why do I think this I hear you cry! My answer? The way this season has panned out so far. With Manchester United rampant at the top of league as I write, I think there will be a massive response from their neighbours, City. They have been outclassed in every way possible this season by United and have come out an easy second best to their arch rivals. With billionaire owners on board you’ve got to expect them to spend and spend big. They won’t be happy with the season and will be looking for a way of fixing it for the next one. City will undoubtedly want to blow United out the water and regain their crown next season and I think they’ll do this by throwing their money around. Don’t be surprised if they attempt to break the world transfer record!

Of course United won’t spend as much as City, however I still expect them to dip into the market at some point. Although Giggs and Scholes have astoundingly managed to look as good as they ever were, it isn’t physically possible for them to continue to play such a prominent role. As influential as they are, they can’t last as long or play as much as they used to. This could lead to United looking for some midfield cover. Ferdinand has also been linked with a move away from Old Trafford as he hits his mid 30’s and Vidic isn’t exactly young at the age of 31 either. Although both are still solid defenders, I don’t think either of them are anywhere near the player they used to be and one of them could be on their way out leading to a replacement coming in. However the biggest news that I’m sure United fans will be glued to their TV’s for is that involving the homecoming of a certain Cristiano Ronaldo. After speaking of his love for the club before the Champions League ties and being heavily linked with a move back, it definitely could happen. 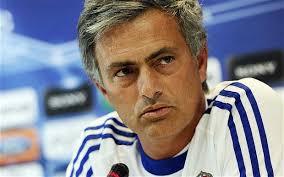 That leads me nicely on to the situation of Real Madrid, who similarly to City, have been completely outclassed by their rivals Barcelona in the league this season. Rumours have been flying around that Mourinho is on his way out and obviously the Spanish giants would look to bring a big name replacement if he were to leave. This could spark a managerial merry-go-round as Chelsea will be looking for a new man to lead them next season. Rafa Benitez might look to go straight back into management at a new club, Mancini’s job might not be safe if City were to go trophyless, Wenger hasn’t exactly pleased many Arsenal fans this season and David Moyes may look for a step up from Everton after impressing many this season.

Carrying on from the theme of Real Madrid, if Ronaldo were to leave then that would leave a huge hole in their side, after all he is their main man. However, his departure would also leave Madrid with a huge budget on top of the healthy financial backing they already have which could mean they spend big to replace him. They will want to come back strong next year after a rather feeble attempt at overcoming Barca this season. Another Spanish club who could be looking for a big replacement following the departure of their main man are Atletico Madrid. At present they have, in many people’s opinions, the best striker in the world and this has attracted interest from clubs such as Chelsea and even Real Madrid themselves.

If Falcao were to leave it would be for big money and another huge deal in the window. One route he could possibly take would be to Stamford Bridge in a deal that could turn out fascinating if one Fernando Torres were to be offered in a ‘player plus cash deal’. We all know Abramovich isn’t afraid to spend and I’m sure he’ll be thinking about signing the big Colombian come the end of the season. If you’re staying on the trend of teams replacing their best player then you have to consider Spurs and Gareth Bale. The in-form Welshman has grabbed all the headlines this season and many clubs have taken note. If Bale were to leave then similarly to Falcao, it would be for big bucks and Spurs would have a lot of money to play with.

A team who aren’t well known for splashing the cash are North Londoners, Arsenal. Wenger has always been very tight with his money and has rarely spent big in the market. However, I think that could all change this summer. With the increasing pressure that is mounting on him after a so far disappointing season, I think he will have no choice but to enter the market. Even if Arsenal do make the top 4, many are still unhappy with the Frenchman, most famously, Piers Morgan. Another London team who could do some good business in the Summer are West Ham United. After being awarded the Olympic Stadium recently, the club and it’s owners  have stated their intentions to progress and co-owner David Sullivan has stated that in time they will be able to afford world-class players. He suggested that soon West Ham will be breaking their current transfer record and many others have said that this new record won’t last for long either. Perhaps a busy summer for the Hammers too?

Harry Redknapp and his team look destined for the drop at the time of writing and this could have huge effects on how the Summer turns out. If QPR go down, we might see their owners dip into their notoriously large pockets to fire them straight back up. Also, if they were to go down, I assume lots of their players will have a relegation clause in their contract that allows them to leave for a cut-price fee. This could see some real bargains flying around and I’m sure the Premier League scavengers will be eagerly waiting. Alternatively, if QPR stay up, they could spend even more than last Summer to avoid a repeat of this season happening again.

The final piece of the jigsaw comes from across the channel in Paris. Nouveau-riche club PSG might flex their financial muscles again in order to become the European giants that they aspire to be. Carlo Ancelotti may attempt to lure some of the the most recognised names over to France and join the project.

So there are all the possible scenarios that might just happen in the Summer. Some of you may find Summer boring with the off-season only providing dull friendlies however I’m sure if just a small part of what I’ve suggested happens, Jim White will be there to spout some of his lovely cliches just as “The clock is ticking” until “The window slams shut”.