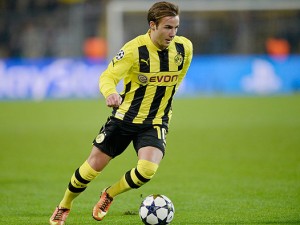 “We are a club, not a company… I’m afraid we will have a Scottish situation in this league soon.”

Two interesting quotes from Borussia Dortmund coach Jürgen Klopp from separate interviews, both of which allay fears for his club’s future competitiveness domestically and in Europe. Dortmund play their much wealthier country rivals Bayern Munich in the first all-German final in Champions League history. Despite a magnificent European campaign, the gap between Dortmund and Bayern are striking, with Klopp’s men finished 25 points behind ‘Die Hollywood’ in the Bundesliga table.

The margin of victory for Bayern domestically is not a singular phenomenon. Barcelona won La Liga and are currently leading Real Madrid by 13 points with two games left in Spain. Manchester United won the English Premier League by 11 points, Juventus were victorious by 9 points in the Serie A and PSG, who won the French title, currently lead Marseille by 10 points in Ligue 1. Benfica and Porto, and Ajax and PSV were involved in very competitive title races in Portugal and Holland respectively. For the most part though, a major club has comfortably claimed the major title in their country.

There was a time when the European Cup/Champions League produced winners from smaller, less financially powerful country’s and also champions from major countries who never really dominated for large periods. In the 1980’s alone, Aston Villa (1982) Hamburg (1983), Steaua București (1986) and PSV (1988) won Europe’s premier club competition. In the 90’s Red Star Belgrade (1991) and Marseille (1993) were victorious, while Ajax triumphed in 1995 with a squad heavily built on academy players. Between the 70’s and the end of the 1990’s, Holland, Greece, Italy, Spain, England, France, West Germany, Portugal, Sweden and Yugoslavia were represented in finals.

The romantic notions of the European Cup end there. In the past eight years, the top four leagues (England, Germany, Italy and Spain) have monopolised the finals. Bayern, Barcelona, Real Madrid, Manchester United and Chelsea should continue to be challengers in the coming years. Manchester City’s millions will surely result in them threatening the semi-finals or better consistently. France will likely join the party in the next few years, with PSG and Monaco’s financial clout making them formidable. Outside of them, only really Juventus are set up to be contenders in Italy, and Dortmund and Arsenal can surely not pose a constant threat when they continue to sell their best players.

The Champions League has never had so few potential winners. The financial muscle of certain clubs has made it tougher and more cut throat. Whether Uefa’s financial fair play plan has any impact or not will remain to be seen. A European shootout between super powers would still be a tantalising prospect, but the chances of a club with a stringent budget such as Dortmund making a final seem as unlikely as ever. It is clear that European football is as elitist as it has ever been.