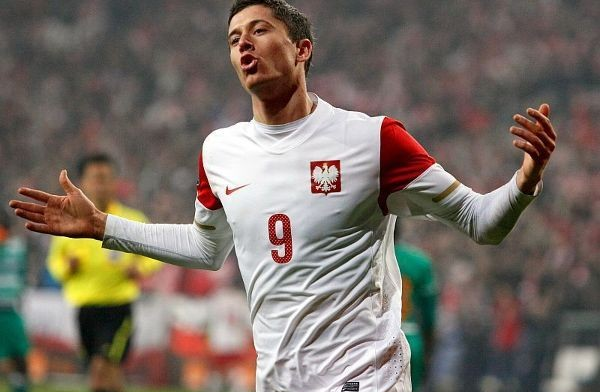 As I’m sure almost everyone who is reading this knows, Robert Lewandowski is probably not going to be a Borussia Dortmund player come September. Director at Dortmund, Michel Zorc, announced that he will not be renewing his contract with the club, which subsequently prompted clubs across Europe to fight for his signature, namely Bayern Munich and Manchester United. Who, then, can Dortmund get to replace him?

The short answer is, probably nobody. He leads the Bundesliga scoring charts with nineteen goals in twenty three appearances, and has chipped in with five assists. To replace a player like Lewandowski, who this weekend grabbed more headlines for scoring a club record eighth consecutive goal for Dortmund, is a tremendously difficult feat.

A promising sign for Dortmund fans, though, is the declaration from the club that money will be spent this summer, the bulk of which will surely be spent on a successor for Lewandowski.

In the summer will invest considerably, in terms of improving the strength as well as the depth.

The above quote comes from Dortmund Chief Executive Hans-Joachim Watzke, who was speaking to German television last week.

While the bank may not need to be broken to find a replacement to the Pole (Dortmund spent just €4.5m and €4.3m on Lewandowski and Lucas Barrios respectively), I doubt the club will look past the queue of established players wishing to join. And none of them will come as cheaply as the aforementioned strikers.

Of the names linked with the Ruhr club, Edin Dzeko’s is the most reported. Said to be unhappy at Manchester City due to a lack of game time, a move back to the league in which he found his feet would look to be the most logical one for the Bosnian. One of the few dissuasive factors for Dortmund when considering Dzeko would be his price. Bought by City for €32m in 2011, it is unlikely Dortmund could acquire his services for much less, given City’s financial dominance.

However, for their money Dortmund would be getting one of the most prominent goalscorers in recent Bundesliga history. With sixty six goals in one hundred and eleven games for Wolfsburg, he is the club’s all time record goalscorer, and was nominated for the Ballon d’Or in 2010.

Another name being bounced around is that of Stefan Kießling, the Bayer striker who is undoubtedly hot property across Europe, particularly in Germany. With sixteen goals in twenty six games for Leverkusen, it is easy to understand why Dortmund would be linked with him, although personally I feel that this rumour has little truth to it. Firstly, Kießling is unlikely to move to Bayer’s closest league rivals, regardless of his personal feelings towards Borussia Dortmund. While not bitter rivals like Schalke, Leverkusen and Dortmund have recently become serious contenders at the top of the Bundesliga, and are certainly not in a position to sell their best players to any other German club. Even Kießling himself has distanced himself from the speculation, saying:

I don’t know anything about it and I’m surprised myself. It’s a non-issue for me.

Even if Leverkusen resigned themselves to his sale, the money which Dortmund would have to part with (€20m is the figure doing the rounds) would be far too great for a player of his age.  For a side so intrinsically young as Dortmund to be so short-sighted in the transfer market would be a source of great surprise for most people.

However,  it seems as though the Bundesliga is not the only market which Dortmund seems to be scouting, as two Premier League players have emerged as potential successors to Lewandowski’s throne. Christian Benteke, the 6’3 Belgian striker who has notched an impressive thirteen Premier League goals for an underwhelming Aston Villa side since arriving from Genk, and I would personally love to see him in the yellow and black of Dortmund next season.

Tall, strong and deceptively quick, Benteke is the type of player who could really fire himself up another level in Germany. He is one of several young Belgians taking Europe by storm at the moment, and will feature alongside nine others who ply their trade in England at the next World Cup. His potential transfer may be hinged on Villa’s relegation, however. In which case, Dortmund will be acquiring his services fairly cheaply, if at all.

By far the most eye-catching of the names rumoured to be interesting the current Bundesliga champions is Miguel Michu’s. The Spaniard has quickly emerged as a player who could be leaving for the Bundesliga after Jürgen Klopp sung his praises to El País. Klopp said that Michu was currently his “favorite player to watch”, and this has understandably sent the rumour mills into overdrive. The man from Oviedo will surely show some interest in such high praise from a manager of Klopp’s standard, but I imagine that he will stay at the Liberty for at least one more season before looking to move elsewhere.

This summer, while Twitter is aflame with stories about billionaire oligarchs meeting with Wayne Rooney on a yacht in the Caspian Sea, and Gareth Bale having dinner with Brian Kidd in an Italian Restaurant in Manchester, try to make some room in the gossip columns for Dortmund’s man-hunt.

One thought on “Who can replace Robert Lewandowski?”