Every year the Premier League turns up it’s fair share of randomers, and Neil Sherwin looks at those who made a positive impact during the 2009/10 season. 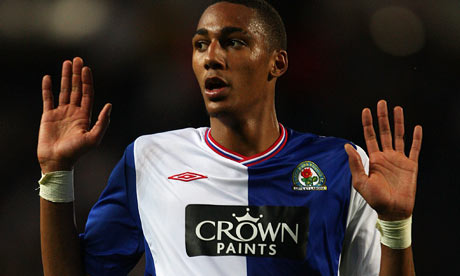 ‘The Beast’, as he is affectionately known, may have conceded more goals than any other goalkeeper this season (73 in the league) but it would have been so much more if it wasn’t for his superb shot stopping. He was a bit of a late bloomer and didn’t play much first team football until he joined Burnley at the age of 28. Undoubtedly good enough to play in the top flight, the newly promoted clubs could do worse than consider adding the Dane to their ranks.

The signing of Guadeloupian defender Ronald Zubar left many Wolves fans scratching their heads in wonder at who exactly he was. Language barrier problems which delayed his debut until October only added to the mystery, but since then neither club nor player has looked back. With 22 appearances in all, he has firmly established himself in the side and can play at both right back and centre half.

Despite having made less than ten senior appearances, Rovers have seen enough to hand 18 year old defender Phil Jones a five year contract. An outstanding performance on his league debut against Chelsea earned him rave reviews and he comfortably filled in for the injured Ryan Nelsen, starting seven consecutive games.

Sunderland supporters feared the worst when big money signing Lee Cattermole was ruled out for 12 weeks early on in the season but they need not have as Jordan Henderson stepped in to fill the void. Calling on the experience gained from a spell on loan at Coventry in 2009, the 19 year old looked comfortable in the middle of the park and picked up the club’s Young Player of the Year award.

Unfortunately for Dann, the superb performances of defensive partner Roger Johnson have largely overshadowed his own excellent form throughout the season. Signed from Coventry City last summer, the 23 year old eased into the Premier League and looked immediately at home. He made 30 league appearances before a calf injury ended his campaign three games early.

An absolute bargain signing at just £500,000 from Amiens SC, 21 year old midfielder Steven N’Zonzi slotted into the Blackburn Rovers midfield as if he had been there for years. He netted his first goal in a defeat to Arsenal and his second against Everton was a stunning strike from outside the area. The French under 21 international was recently voted the club’s Player of the Year.

Korea Republic international Lee Chung-Yong is widely regarded as one of the hottest prospects from Asia, and his performances certainly lit up the Reebok Stadium this season. In January of 2009 he was named as one of the top 50 rising stars in football by The Times newspaper. He scored four times in 34 games after joining from FC Seoul in July last year.

Diamé finally joined Wigan in February after concerns over an alleged heart problem, but since finding his feet he has been excellent in midfield. He began his career with Lens but was forced into an extended absence because of health issues. The 22 year old returned to the game with Spanish lower league side Linares before making his name with Rayo Vallecano.

Rodallega joined Wigan in January of 2009 and made an immediate impact, in successive games against Manchester United and West Brom. Fans could be forgiven for being slightly apprehensive given what happened to his predecessor up front, Amir Zaki, but unlike the Egyptian, Rodallega has been a model professional and continues to shine. He scored an impressive ten goals to finsih the season as the club’s top scorer.

Alessandro Diamanti is the quitessential Italian footballer – charasmatic, flamboyant and very, very good. It’s hard to believe that just three years ago he was plying his trade in the fourth tier of Italian football before moving to the big time with Livorno in 2007. Gianfranco Zola was suitably impressed by the 26 year old’s Serie A performances and signed him on a five year deal. His first goal came from the spot against Liverpool, and he finished with seven in total.

Eyebrows were raised when Manchester City’s big money January signing was a 22 year old winger from the Championship. However Brian Marwood and his scouting team have been proved correct in their decision to push for the acquisition from Middlesbrough. Johnson has shone since his transfer, and put in some superb performances, most notably away to Burnley where he contributed three assists. His form has been so good that there have been calls for him to be included in Fabio Capello’s England squad for the World Cup.