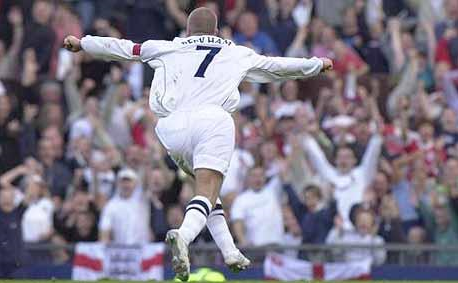 David Beckham is the world’s most famous footballer, and the 37-year old midfielder has played his last match for Los Angeles Galaxy. Out of contract, but not out of options, Beckham has a variety of clubs chasing his signature; here are some of the likely lads:

United might be the club that made Beckham, and even though manager Sir Alex Ferguson worried that he may outgrow it, an emotional return could be on the cards for the midfield man. With United short of midfield options, they’d never be short of cash again if Golden Balls came home. Think of the shirt sales!

Maybe a bit more likely than United, Rangers have been linked to Becks for a while now; whether new boss Harry Redknapp is a fan or not, QPR might not be making any forays into the transfer market after all since their overspending and underachieving may have been what got Mark Hughes sacked.

The A-League might be the best place for football’s A-Lister, and Perth Glory have been tailing him for a while: they announced their interest as soon as Beckham became available, as did…

Another A-League team are chasing Beckham; this time from Melbourne. When asked how serious they were about the midfield star, the club’s chief executive Scott Munn announced: “I can’t put a percentage term on it…what I can say is that it’s certainly real, we’re putting forward an offer, it’s compelling and the opportunity is here for him to come here. That is absolutely legitimate. Let’s let David get through next week, play the final of the MLS and hopefully he’ll have a win.”

The Ancelotti-helmed club have reportedly been chasing 35-year old Chelsea midfielder Frank Lampard as his contract comes to an end, but signing Beckham, even just for a season, could be a massive statement of intent. For Beckham it could be the new challenge that he needs in what will probably be his last season, and if he messes up fewer people will be watching so he won’t do too much damage to his reputation.

In one of the more bizarre twists in the Beckham transfer saga, the current LA resident reportedly got US rapper Snoop Dogg so excited about Glasgow Celtic he announced plans to buy shares in the club and bring Beckham to Glasgow.

It’s by no means the most bizarre possibility for Beckham though. Sports betting company Ladbrokes have Beckham at 100/1 to win the London Mayoral Election in 2016! Wherever the former England captain goes, it will surely be his final bow on what has been a successful career in both international and club football.

John-James Grice is a football writer who regularly writes for his own blog, one-touchfootball.com. John-James is a passionate fan of football and he loves discussing debates which arise in the beautiful game.