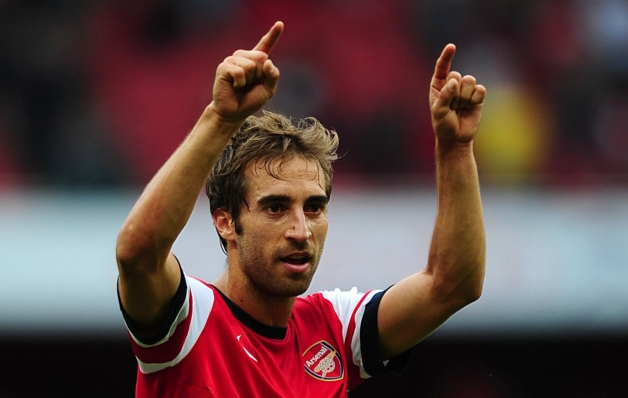 This weekend Liverpool take on Arsenal at the Emirates knowing that a win will take them to the top of the table. Arsenal know that if they win against Liverpool, it will send out a clear message to the rest of the pack that they mean business this year. If we are honest, we didn’t expect these teams to be sitting where they currently are. Liverpool are coming off an emphatic win against bogey team West Brom with Luis Suarez netting a superb hatrick and Daniel Sturridge finishing it off with a chip reminiscent of when Eric Cantona chipped Lionel Perez of Sunderland.

Arsenal have had a slight blip of late and with Mathieu Flamini injured and Nicklas Bendtner showing the world how crap he is, this game will be a big test for them as true title contenders. I already spoke about Liverpool’s tactical changes in some of my previous articles. Brendan Rodgers continues to tweak it here and there. Last week instead of a double pivot in front of the back four, he went with Lucas on his own and Steven Gerrard and Jordan Henderson as the advanced midfield two. Arsenal have played the same system all year, Olivier Giroud as the front man, with wonderful talent like Mesut Ozil, Jack Wilshere and Santi Cazorla playing off him while Flamini sits to protect the back four. So with all these changes and tactics, where will the game be won and lost this weekend. A lot of people are talking about the SAS strike force but I feel other areas will have more importance.

This season Rodgers has resorted to a defensive three. Jamie Carragher explained on Sky Sports not to long ago that Rodgers has tried this last year and it was no surprise to him that this would be the favoured Liverpool formation this year. There are two reasons for the switch. One, because he has five center backs and two, by playing three at the back it allows him to pair Suarez and Sturridge together. Now, while the three at the back gives you a front two it does not allow Liverpool to press as effectively as they did last year. The back three of Liverpool are big, strong and aerially good but what they do lack is pace. They don’t have to worry about Girouds pace but what they do have to worry about is the attacking three making runs in behind them. Carzola, Ozil and Wilshere are perfect at finding space and making clever little runs in while Giroud, with his size and strength, is there as a spring board to play off. He is big and good enough to occupy two of the Liverpool center backs. Playing three at the back seems defensive but a clever team like arsenal will be able to pick out spaces and exploit those spaces with clever runs from deep.

Arsenals full backs will play a massive role in the game as will Liverpool’s. Liverpool’s two full backs, most likely to be Glen Johnson and Aly Cissokho, are encouraged by Rodgers to attack. They provide width for his team and an attacking threat. However, when they do attack, a massive gap is left in behind. If Lucas is occupied, then those gaps are exactly where the likes of Ozil and Carzola will find space and hurt Liverpool. Cissokho is getting grips with the Premier League and to play wing back you need alot of energy but also be aware that your main duty, especially away from home, is to defend. He has been caught out already this season against Newcastle, so keep an eye on him as a potential area arsenal will focus on, especially will Ozil coming in from the right. Arsenals two full backs, Kieran Gibbs and Bacary Sagna will also be very important in this game. Both players like to bomb forward to and like Liverpool’s dilemma, Arsenal will have to be careful of the space they leave behind. Both full backs love to attack and will provide their teams with much needed width. Arsenal full backs have a target man in Giroud they can cross into whereas Liverpool tend to work the ball into the box, similar to Arsenal off old.

With Flamini out injured, the responsibility to provide protection to Arsenals back four will fall to Aaron Ramsey. Flamini has been in my opinion, Arsenals best signing this season. A free from AC Milan, the tough little Frenchman knows what to do and how to do it. He knows the club and he is familiar to the Premier League and provides invaluable experience in that holding role. The young Welshman has been in fine form this season. Goals galore and playing with so much confidence, he is out shining his fellow countryman in Madrid.  If Ramsey does take on the role of protector against Liverpool he will have his hands full. With Suarez and Sturridge, one of them always drops deep which creates space for the other to make clever runs. Now, if the back four of Arsenal don’t follow the one who drops deep, it’s up to Ramsey to keep an eye on him and stop the ball getting to them.

Another issue is the return of Philippe Coutinho. The young Brazilian is ready and available for selection. If Rodgers does start with him it will be a bold attacking move and Ramsey will have even more to worry about. Coutinho is excellent at playing in between the lines and once he gets the ball his mind is always on for that killer pass. Ramsey will need to be touch tight to him and as a manager will always tell you “make sure he is facing his own goal not ours”. Ramsey cannot dilly dally on possession in that area of the filed. We saw what happened against Dortmund last week when he lost passion so close to goal and Arsenal went 0-1 down. I feel this is where the game will be won or lost. The young Welshman is renowned for his attacking prowess but he will have a massive job on his hands trying to keep Liverpool’s attacking players quiet.

Lucas Leiva will be the holding player for Liverpool. The Brazilian is in my opinion one of the best defensive midfielders in the world today. Disciplined and tactically astute, he can sniff out danger and is excellent at protecting his back three. Lucas will have a tough job on his hands against Wilshere, Cazorla and Ozil. The three I have mentioned are so good at playing one touch and moving into space, Lucas will have to be on the top of his game tomorrow. It will be interesting to see if Rodgers plays with two holding midfielders or goes for the win and, like against West Brom, plays two advanced midfielders. If he goes with the latter, Lucas will have an even more difficult job. Both defensive midfielders have a massive role. This is where they game will be won or lost. Even though both teams have attacking qualities, these two players will provide the protection and a solid platform for their team to win.

In my opinion is not a travesty if either team loose, however, if they want to show they are really title contenders, then a win for either side will show the rest that they mean business. There has been a lot of talk of Liverpool’s new SAS and the magic of Arsenals Ozil. Arsenal are coming off a bad defeat to Chelsea mid-week so they will be looking to get back to winning ways. Arsene also has spent a lot of money on Ozil and the fans got what they wanted in a big singing, so they will expect to win big games. Liverpool are playing well at the minute. The recent win for the Boston Red Sox will put a small amount of pressure on Rodgers. The Liverpool owners expect results and after conquering one sport, their attention and focus will be fully on the red half of Merseyside for the next few months.

A lot of money has been invested into this team and if Liverpool are serious about a challenge this year, this is the game to prove it. Will either team step up to the plate? Or will the real Arsenal and Liverpool come to the fore?

2 thoughts on “Where the game will be won”