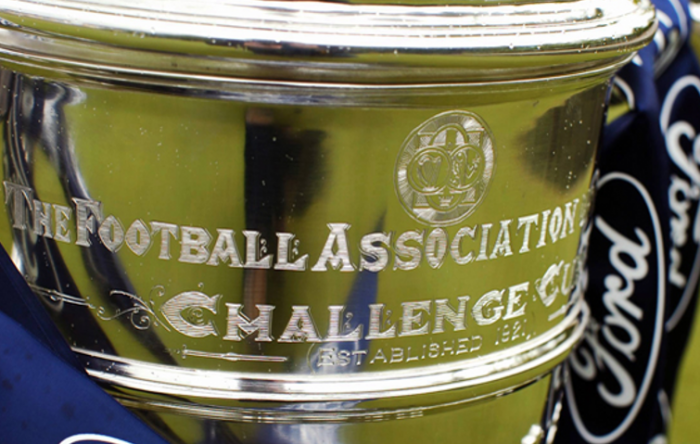 We’re approaching the business end of the season for Irish football.

The big prizes are in sight. Trophies are glinting and gleaning in the players’ minds. Mangers are fretting over tactics. Fans are losing sleep. And the excitement is building.

Can you feel the tension yet?

There are so many questions and concerns that remain to be answered ahead of the October 6 encounters – Will a win put extra pressure on the sides closer to the top, stretching their resources in the process? Do title contenders Sligo Rovers have the extra reserve to fight for both titles? Will departing Drogheda United boss Mick Cooke be motivated even more to leave the club on a high?

With an intriguing semi-final draw for the FAI Ford Cup having been made on Monday evening, the time has come for us to have a look at what lies in store for the four teams all vying to claim the third piece of silverware that’s been put up for grabs this season.

These sides met just over a week ago with the Lilywhites slightly shading the closely-contested tie on a score-line of 1-0 at Oriel Park in a league encounter. And despite the fact that Stephen Kenny’s side sit a clear 25 points and four places ahead of their local rivals, it was the visitors who looked the more likely to score for large periods of the game.

Of course, in the end, a defensive lapse late on allowed Stephen O’ Donnell to grab the all-important goal that gifted his side the victory. In truth, that will have given their title hopes a huge boost. In the process, it might have indirectly hurt their cup aspirations.

In truth, the tantalising proximity of their nearest challengers may well distract them.

With a tough league fixture against Derry two days prior to the last-four clash, the second-placed Louth-based team may not be able to afford to rest players for the cup clash. Of course, they’ll be hoping their title challenge is still alive by then, and if it is, this clash may well come second in their list of priorities – despite the fact that it’s a Louth derby.

Add to this the fact that Drogheda have no vested interest in the remainder of the league campaign and one begins to wonder if the Drogs will be the more driven of the two teams on the day.

After all, they have already tasted defeat in a cup competition this year in the final of the Setanta Cup against Shamrock Rovers back in May and will be keen to earn their chance to shine in another final to make up for it.

Throw in the fact that Mick Cooke won’t have his contract renewed at the of the season, and the stage is set for the underdogs to put on the performance of the season against a side who could well have their minds elsewhere.

The defending league champions Sligo Rovers head into the final five games of the season in a state of uncertainty. With the fate of the title currently out of their hands, all the men from the West can do now is take maximum points from the remaining league fixtures in the hope that St Pat’s and Dundalk get in each other’s way.

Granted, it’s going to be a big test for Ian Baraclough’s men to challenge on both fronts successfully, so don’t be surprised if their performance in the semi-final is dictated by the result of the upcoming St Pat’s-Dundalk fixture this Friday.

Joseph Ndo and company will be expected to sweep aside the challenge of UCD the same night, and should the top-two sides hold each other to a draw, Sligo may well put their last-four tie on the back-burner and push even harder to retain the title they won so deservedly last season.

At least, that’s what Trevor Croly will have his fingers crossed for.

The Hoops did ever so well to claim the Setanta Cup earlier in the season as they demolished Drogheda 7-1 in the decider, and another trophy in the locker come the end of the season would certainly help to pave over some of the inconsistencies that have plagued them in the league this season.

The Dublin side have drawn 12 matches in total this season – a real sign that the side have lacked a clinical, cutting edge in many of their battles to date. In fact, they’ve lost the same amount of matches as Dundalk which underlines just how near and yet so far they are from measuring up to the teams at the business end of the spectrum.

So, clearly a win against Sligo would not be out of the question, everything considered – they just have to hope that external factors work in their favour and that they can mentally instigate a cuthroat element to their play and shut Sligo out; the last two meetings between these two sides ended in a draw – Mark Quigley and Eamon Zayed will be doing their best to avoid yet another repeat.