Moyes’ job is safe, for now 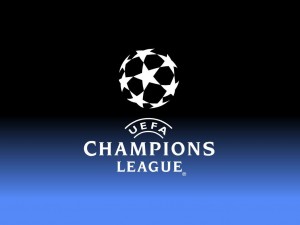 It was the old guard who came to his manager’s rescue as Robin van Persie rediscovered his goal-scoring touch and Ryan Giggs added some badly needed composure in the centre of the park.

United were far from convincing in overturning a two-goal deficit but securing qualification for the last eight of the Champions League will, temporarily at least, ease the growing pressure on Moyes ahead of key Premier League fixtures against West Ham United and Manchester City.

Worryingly, United’s manager opted for defensive rather than attacking formation once United edged ahead 3-2 on aggregate which made for an unnecessarily nervy finale. Moyes will need to adopt a more positive approach in the quarter-finals to avoid a heavy defeat against superior opposition.

Chelsea will be a threat in the last eight

Jose Mourinho will have the opportunity to extend his remarkable record of never having lost a Champions League quarter-final tie following Chelsea’s routine 2-0 defeat of Galatasaray.

The Portuguese manager’s claim that his side are back amongst the best eight clubs in the world is a timely reminder that last season’s Europa League success is now a distant memory as Mourinho looks to re-establish the London club amongst Europe’s elite.

Compact in defence, creative in the final third and with Samuel Eto’o purring up front, the Premier League pacesetters have a menacing look about them heading into the quarter-finals and will prove formidable opponents for whoever comes out of the hat in Friday’s draw.

An emphatic 9-2 aggregate defeat of Schalke 04 cemented Real’s status as one of the few genuine challengers to Bayern Munich’s crown. Madrid’s biggest ever aggregate Champions League victory was the perfect tonic ahead of this weekend’s el Clasico with Barcelona and included another virtuoso performance from Cristiano Ronaldo.

The Portuguese international took his tally to 13 goals for the current European campaign (41 goals in all competitions this term) and went ahead of Ferenc Puskas into fourth place on Real’s all-time list of top goal-scorers.

Madrid are Bayern’s most dangerous challengers as long as the Spaniards maintain their current form and don’t get sidetracked by talk of a Champions League, Spanish League and Cup treble.

Dortmund a pale shadow of their former selves

Losing 2-1 at home to Andre Villas-Boas’ Zenit St Petersburg is hardly the best preperation heading into the quarter-finals of the Champions League but the simple truth is that Borussia Dortmund are a pale shadow of the team that reached last year’s decider.

Dortmund lie 23 points behind Pep Guardiola’s Munich at the top of the Bundesliga and are, in reality, now fighting Schalke 04, Bayer Leverkusen and Mainz for the Champions League qualification berths.

It is a far cry from last summer’s balmy evening at Wembley when BVB went toe-to-toe with Bayern for European football’s most famous trophy.

Tuesday night’s meek Champions League surrender at Stamford Bridge underlined the onerous task facing Roberto Mancini if the former Manchester City manager is to establish Galatasaray as a force at the top table of European football.

A squad that contains experienced internationals such as Didier Drogba, Wesley Sneijder, Felipe Melo and Burak Yilmaz did well to finish ahead of Juventus in the group phase but Galatasaray’s inability to test Chelsea in the last-sixteen reemphasised the Turkish club’s need for further investment.

Ger McCarthy is a published author, football writer and columnist with the Evening Echo newspaper in Cork, Ireland. Contributor to Irish Examiner, Setanta Sports, Back Page Football, the Southern Star and host of others.