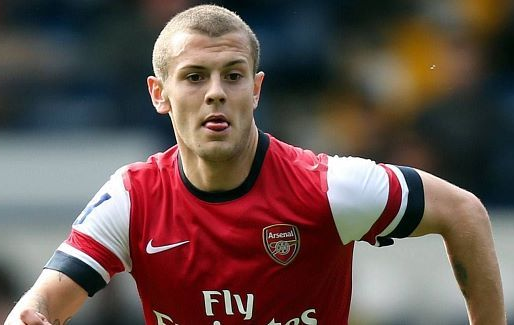 Arsene Wenger was very happy with the three points Mikel Arteta rescued for Arsenal against Queens Park Rangers on Saturday, and with the return of Jack Wilshere to the fold. The win keeps the Gunners within touching distance of the top four and brings an end to a run of defeats.

Speaking to fans through Arsenal’s exclusive newsletter system, Le Prof said he was “delighted” with the result, but felt that on another day his team could have been there all day without scoring.

Wenger said, “we were delighted to get back to winning ways against Queens Park Rangers on Saturday. It was important we won after losing our last two games. We had to wait for our chance and make sure we took it.”

The Gunners lost last weekend to Norwich and followed that defeat up with a rare home loss to Schalke in the Champions League midweek.

However, it was the manner of Arsenal’s recent performances that worried Wenger most and he admitted his team look jaded and that Jack Wilshere was played to give the team a morale boost.

“I was happy with the result because our confidence was a bit jaded,” he said before adding, “I made the decision to start Jack Wilshere, and was impressed with his performance. Technically he was excellent and overall he produced a classy performance.

“I didn’t tell Jack I would be starting him until the morning of the game. Sometimes I think it’s better to not have much time to think about the game when you have been out for such a long time. I also included him because I thought a player with his experience and class would give the team a lift.”

The very fact that the Frenchman felt obliged to include Wilshere for a morale boost speaks volumes of the fragile nature of the Arsenal team’s mindset at the moment.

Arsenal started off the season with a number of good results that papered over the cracks in the team and recent performances have seen many Gunners players play well below par.

Kieran Gibbs is badly missed in the side and his stand-in, 29-year-old, Andre Santos looks way out of his depth. Santi Cazorla early season form was nothing less than spectacular but even he has faded recently.

Despite being rock-bottom in the Premiership, Wenger kindly complimented Mark Hughes’ team and even went as far as to say he felt his team were lucky Rangers had a man sent off.

“QPR have quality,” he said,”and I don’t think they will stay at the bottom of the league. We were a bit lucky they had Stephane Mbia sent off, because it made it easier for us to find a winner in the last 20 minutes.”

With QPR defending intelligently and resolutely, the game hinged upon the 80th minute sending off of Stephane Mbia.

The QPR defender clashed with Thomas Vermaelan near the corner flag and had actually won a free-kick when he lashed out at the Belgian international while lying on the ground. The referee, Anthony Taylor, was left with little other option other than to his issue Mbia a red card.

Four minutes later and Arsenal were ahead after an offside Mikel Arteta prodded the ball home from close range following a goal-mouth scramble.

The final whistle drew welcome relief for Wenger and his team and Jack Wilshere in particular. The English international, returning to action for the first time in almost 18 months, left the pitch to rapturous applause in the 67th minute for Theo Walcott.

Rangers provided a great work-out for the unfit star and Esteban Granero and Samba Diakete offering little clemency as they clattered into the 20-year-old all afternoon.

Taking his work-out into consideration Wenger spoke of how he will deal with Wilshere this week as he prepares to take on Manchester United on Sunday. He said, “We’ll have to see how he responds from the game. He was kicked on Saturday and had no problem, which is a good sign.”

Getting Wilshere back into the team will improve spirits and confidence in the long run, but next weeks visit to Old Trafford may have just come a couple of weeks too early for the highly talented midfield general.