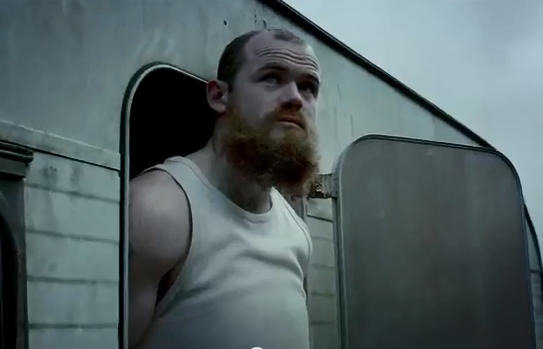 As Manchester United’s league campaign stuttered to an inglorious halt last month, attention quickly shifted to the South American continent and a country a little further south called Argentina. It has been largely billed as “Messi’s World Cup” and some youths, and adults alike, have already eyed up the Final on their wall charts with Brazil and Argentina pencilled in.

Somewhere around the middle of February, amidst the will-they-won’t-they saga of David Moyes’ future at the club, Wayne Rooney had just finished signing a whooping five-and-a-half year deal that will pay him £300,000 per week for the remainder of that time.

There was a time when Rooney was always mentioned when it came to the world’s best. The kind of algorithm that football fans’ use involving the data of potential, circumstance, form, injuries and media spotlight were carefully weighed up, and yes, Rooney’s name was always in the mix and still can be mentioned depending on where the conversation is being held.

The stars of today and touted superstars of the World Cup – Neymar is the baby of the group at 22. Messi turns 27 at the end of June and Ronaldo has nothing to prove, but still has the passion to, at 29. Rooney turns 29 in October and fears that the prime of his career have come and gone are a legitimate worry, not only for Red Devil fans but for the board members involved in his new mega-deal.

So what about Rooney’s form? He scored 17 premier league goals, had ten Premier League assists and made a very decent account of himself when not many of the Old Trafford squad did this past year, but truth be told, United made a massive mistake by not selling him to rivals Chelsea during the summer.

The fear, at the time, was that Rooney would “come back to haunt United”. Little did many fans know that United would be so far out of the running that it wouldn’t have mattered if Rooney had of hailed hat-tricks upon David de Gea’s goal every time they met. The fear that Chelsea could outpass Manchester United in David Moyes’ first season got in the way of a footballing and business decision that should have been made.

Rooney, a man who has struggled his entire professional career with fitness and has had to answers questions on several occasions regarding this facet of his game, must now come back from the World Cup and fight for a place in a Louis van Gaal system that involves plenty of mental and physical fitness. The likelihood is that van Gaal will sign several younger players to begin replacing the old guard.

The heat in Brazil is one thing but England happen to have one of the most gruelling schedules in terms of travel, also. 1,774 miles between their first venue, Manaus, and their second, Sao Paolo. Far from a direct criticism of Rooney. The man has given Manchester United fans many a reason to cheer in the past and will always be one of the great United players, but an ageing Rooney having played that games games in such heat, is a recipe for poor form, agitation and frustration.

There were all sorts of rumours abound last summer as to how much Jose Mourinho was willing to pay for the former Everton man. Anywhere between $40 and £50 million and you might be in the ballpark. The mere thought of Rooney in the royal blue of Chelsea had many United fans dismiss it as nonsense before it could really be considered serious.

The sentimentality that sometimes gets in the way of logic, perhaps, influenced the Manchester United board and despite what Moyes’ plans were for Rooney, he was never going to be leaving Old Trafford. And not for what he could offer United going forward, but for what he might be able to do against them.

Yet, United are left with a man whose passion to play for United has been called into question, approaching his 30s at break neck speed and coming off a World Cup in searing 30ºc heat where he is tipped to be Roy Hodgson’s leading man.

David Moyes was accused of many things during his time at Old Trafford, but for what it’s worth. the signing of Rooney’s contract was perhaps the worst decision of them all.