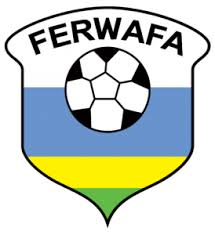 Last weekend brought down the curtain on the second round of qualification for the 2015 African Cup of Nations (AFCON) tournament.

The first two rounds have seen the continent’s 30 lowest ranked nations whittled down to a mere seven, who will now join Africa’s elite in the final group stage round of qualification – the top two of each of the seven groups and the best third finisher forming the line-up for January’s showpiece in Morocco.

Of the seven sides to have successful negotiated the opening two rounds, arguably none have had a more arduous journey than Rwanda.

Even before the opening draw was made, expectations of Rwanda still be standing come the group stages were relatively tempered – that viewpoint being born out of a failure to threaten qualification for each of the previous two AFCON’s and a largely uninspired World Cup qualification showing.

A routine aggregate first round success against Eritrea was as good as it would get for the Amavubi in their bid to join the party in Brazil – Rwanda failing to pick up a single victory from the admittedly testing group stage trio of Algeria, Mali and Benin. That was enough for the Rwandan hierarchy to dispense with Burundi born coach Eric Nshimiyimana – as a result well-travelled Englishman Stephen Constantine has now been tasked with turning the tide of persistent disappointment.

Constatine – who can vaunt spells in charge of India, Malawi, Nepal and Sudan on his exotic managerial CV – could not have envisaged a more taxing first competitive examination, with Rwanda dealt a tie against the highest ranked side entering qualification at the first round stage – Libya.

The Libyans hardly carry frightening pedigree, yet few sides can count themselves as unlucky to have been denied a spot in the final World Cup qualification playoffs. That they finished five points behind Cameroon in their respective group somewhat masks the Indomitable Lions good fortune, considering that had Togo not fielded an ineligible player against the Cameroonians – thus allowing them three points from a game they lost – then resilient Libya would have visited Yaoundé needing a point to advance rather three.

Libya’s buoyant mood was enhanced yet further by lifting the African Nations Cup in February – a tournament consisting of sides built from domestic based personnel.

Undoubtedly Rwanda were aided by the first leg taking place in Tunisia rather than actually in Libya – security concerns meant the country was not deemed safe – nonetheless that should not devalue Rwanda’s accomplishments – considering the Amavubi’s FIFA world ranking of 131 left them hovering an imposing 79 places adrift of their soaring opponents.

For all the what if scenarios Libya might have dwelled upon following a goalless first leg draw, they could have few qualms by developments in Kigali as Rwanda scrapped the formbook to emphatically stun the hosts – Dady Birori’s hat-trick guiding Constantine’s men to a momentous unforeseen 3-0 triumph.

Any aspirations that the fortune gods would balance that gruelling first round examination with a more favourable second round assignment were soon quashed by the realisation that Claude le Roy’s Congo were next on the agenda – another nation who missed the final round of World Cup qualification by mere small margins.

A 2-0 defeat – in spite of a resolute showing – in Pointe-Noire suggested Rwanda’s moment in the AFCON sun would be short lived – that opinion only strengthened by the fact that Congo only conceded three goals in six World Cup qualification encounters.

Constantine to his credit remained positive in the face of adversity, suggesting that an early goal in Kigali had the potential to stir up anxiety in the Congolese camp – yet at halftime with the scores remaining locked on the night it appeared Rwanda’s journey was petering out.

The interval – primarily what Constantine conveyed in it – however signified a transformation of table-turning proportions with the Amavubi restoring parity in the space of 15 second half minutes. There would be no more goals – much to Constantine’s exasperation – however it was the Rwandan’s who held their spot kick nerve to squeeze into the group stage and famously book a spot in the group stages.

Nigeria – the defending champions – are the group’s overwhelming favourites and realistically in order to qualify Rwanda will likely need to topple South Africa – given that Sudan although AFCON quarter-finalists in 2012 finished bottom of a World Cup group containing Lesotho and have slumped to 115th spot in FIFA’s rankings.

Bafana Bafana themselves have hardly pulled up any trees of late, having not qualified outright for an AFCON since 2008 – at the same time that they were second to Ethiopia in their specific World Cup qualification group indicates the 2013 hosts could be vulnerable.

Even accounting that there are genuine reasons to be positive in advance of the group stages, the mountain facing Rwanda should not be underestimated. That Rwanda’s squad is virtually entirely domestic based is far an exclusive characteristic when compared against many of their rivals, however that only one Rwandan side has negotiated the preliminary round of the CAF Champions Leagues gives some indication to its stature.

For all their limitations though what Rwanda have showcased in making it this far is a collective that is currently substantially outweighing the sum of its parts – an attribute which so often eludes so many in international African football yet is in more cases than not the pivotal ingredient to achieving prosperity.

Also in the Amavubi’s favour is they enter the group off a wave of a significant momentum – in comparison there is a danger of both South Africa and Sudan being caught cold accounting that the pair’s last competitive fixture was nearly a year ago. Unfortunately for Rwanda that momentum will be put to the test in the most challenging of environments with their opening encounter being a trip to Nigeria.

Kigali – as Libya and Congo will testify – might just hold the key to whether Rwanda are present in Morocco come January, with their destiny likely to hinge on a home double-header with Sudan and then South Africa following their date with the defending champions.

Qualification is far from beyond the realm of possibility and even if such an endearing situation fails to materialise Rwanda deserve substantial recognition for merely making it this far.