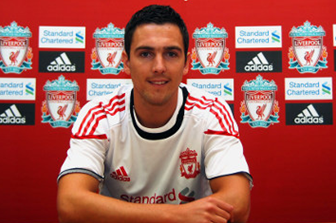 As a Tottenham fan, a few years back I went through maybe two or three summers of annoyance. In that period, we were a team (seemingly) on the verge of challenging for at least a Champions League place – a team with a great set of forwards, but also a team that was lacking one critical component: a left-winger. Funnily enough we now have one of the best left-wingers in the world, and our forward line is mediocre. Irritating. But I digress.

The point is, in that seemingly endless search for a left-winger a lot of good opportunities seemed to pass us by. We were on the verge of signing Martin Petrov from Atletico Madrid before Man City offered him more money, and deals for players like Morten Gamst Pedersen never seemed to materialise. This was annoying, but there was one player I was always happy to avoid: Stewart Downing.

I’ve been kind of smug and “I told you so” about it as well, to my shame. Any time I watch one of his typically average performances in an England shirt, or see him make a mistake for Villa (or for Middlesbrough, before his move), I am always the first to say that Downing is “£15 million of dodged bullet”.

Recently, though, I’ve been experiencing some…doubts. I thought for so long Downing was an incredibly over hyped player, but last season he matured very well at Aston Villa and did a fine job. Anyone who knows me will tell you I hate to be proven wrong and I would not say Downing has done that yet – in my eyes he was too average for too long, and his continued appearances for England exemplified everything wrong with the Mclaren era, especially with other left-wing options like Matt Taylor in great form – but he has certainly done enough to get me to shut up about him. Or at least to criticise him slightly less.

I’m certainly willing to admit Downing isn’t the overrated waste of time I once thought he was. It may have been a bad season for Aston Villa that saw them needing to emergency-buy Darren Bent to shoot themselves out of trouble, but the form of Downing (and Marc Albrighton) was a clear positive, and he earned Villa’s Player of the Year award.

Indeed, such good form has caused Liverpool to buy him for a reported £20 million fee. That’s about twice what I would have paid for him – but then Villa had no real reason to sell their player of the year, especially since they had already sold Ashley Young for an undisclosed (but, presumably, considerable) sum of money. Villa immediately began searching for a replacement, and found one in Wigan winger Charles N’Zogbia.

N’Zogbia is an excellent player, and has been performing well since his Newcastle days. Wigan picked him up in January 2009 in what was a very shrewd piece of business – they took advantage of then-Newcastle manager Joe Kinnear’s “Charles Insomnia” jibe to buy a player that has probably single-handedly ensured they avoided relegation in the last three seasons.

Importantly, Villa will purchase N’Zogbia for a £9.5 million fee – less than half of what they allegedly sold Stewart Downing for. I am not necessarily knocking the purchase of Downing by Liverpool; he is most certainly a better crosser than N’Zogbia, and with Andy Carroll as their main striker, it is a smart buy for a team lacking real wide threats.

However, Villa have done some smart business here as well. I don’t think they will go down, even with the loss of players like Downing and Young. This will be the first time in several seasons they have not been in the Europa League, though they can be expected to be challenging again soon – they will be able to concentrate more on the league, too, without that distraction.

On the other hand, Wigan would be one of the teams regarded as a favourite for the drop. So from N’Zogbia’s perspective, it makes sense to move to a bigger club, on a higher level. They can be expected to be paying N’Zogbia more than he was earning at Wigan, too.

Villa still have some weaknesses – they could be stronger in the central midfield and full-back positions, for instance, but in N’Zogbia they get a winger that can provide balance to their team and possibly mean they end up with a 4-3-3 formation, with N’Zogbia and Albrighton as two wingers supporting Bent as a lone striker. N’Zogbia brings the pace and dribbling of Ashley Young, but brings the balance of a left-footed winger that Stewart Downing once did – he is a very intelligent acquisition that fills two niches at once.

That’s not to say N’Zogbia isn’t without his problems. He was far from blameless in the spat that caused him to leave Newcastle and his impressive performances with Wigan might be indicative of a player who likes being a big fish in a small pond. Ultimately, though, N’Zogbia is more or less on the same level as Downing and Villa have done an excellent job here – provided McLeish can keep him focused and make the system work.

One thought on “Villa do well from Downing deal”