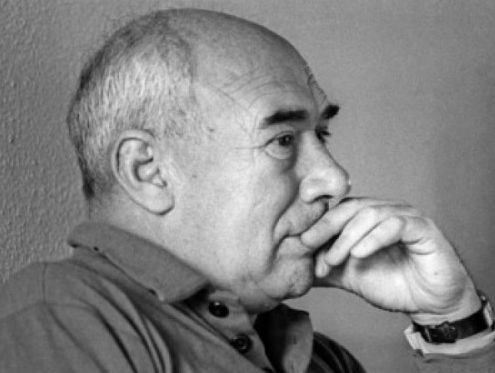 In the pantheon of managerial innovators, the name of Victor Maslov is rarely, if ever mentioned. He is lost amongst greats such as Herrera, Sacchi, Michels and Lobanovskyi.

While there is no shame in being lost amongst these managerial giants, it is worth analysing the career of Maslov and how he has had such a profound impact on football. It was in the frozen depths of Eastern Europe that the greatness of Maslov was formed but today his pressing game is still practiced and performed all across the world of football.

Maslov died in 1977 yet today his influence is perhaps greater on football today, than in his own life time.  The reason for this is Maslov is the father of pressing in football.

Maslov unlike Herrera and Michels was not a big character. He was an unlikely revolutionary. Yet a revolutionary he most certainly was. Maslov’s first job in management came at Torpedo shortly after his playing career ended.  What his spell in charge of Torpedo highlighted was the personal loyalty that Maslov inspired from his players. Indeed paradoxically, it was his downbeat reserved style that gained the trust of his players who soon came to love him like a father figure.

It was, however, during Maslov’s spell as manager of Dynamo Kiev that his best work was done. Maslov took the manager’s job just as nutrition and the understanding of physical preparation improved in the 1960s. These improvements in sport science greatly aided Maslov’s introduction of ‘pressing’ at Dynamo Kiev.

Maslov’s teams would harass and hound the opposition in possession, but their system was good enough that players covered those pressuring the man with the ball, using their supreme fitness to block up gaps that might otherwise have been exploited.

Dynamo Kyiv’s change to pressing and winning the ball back higher was a key development, as before Maslov, teams tended allow their opponents space and time on the ball whereas Maslov’s instigation of pressing denied players this time and space and led to the game based more on fitness and tactical awareness that can be seen in practically ever league in the world today.

There can be no doubt that trust between players and the coach is a foundation of every good team but it assumes even greater importance in system as physically demanding as Maslov’s.  It is punishing system and requires not only physical fitness but complete trust in it.

Maslov’s introduction of the tactic of pressing and squeezing the opposition high up the pitch was the most important tactical change in a generation. The change revolutionised the way football was played yet curiously enough took time to catch on. The change became a key component of the way Michel’s Ajax played and similarly set Arrigo Sacchi’s Milan apart from the pack but it was really not until the 1990’s that the tactic of pressing and squeezing the game high up the pitch fully caught on.

Sadly for Maslov and his legacy, it was first Michels then Sacchi that were lauded as tactical revolutionaries.

This is despite the fact that Maslov not only invented the pressing game, but also created a system that allowed the creative playmaker to flourish within a tactical system. It was this ability to marry the functional with the sublime, to produce a team with the fitness to press, win the ball back high up the pitch and the technical ability to unlock the tightest of defences that guarantees Maslov’s place amongst the great managerial innovators.

The development and adaptation of his innovative work is perhaps the greatest compliment to one of football’s forgotten men.

One thought on “Victor Maslov – tactical innovator and forgotten man”