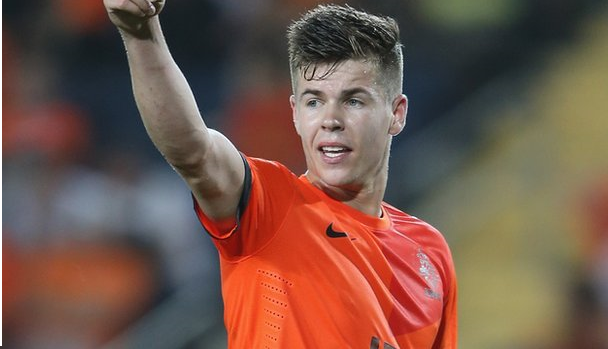 In truth, there was nothing blockbuster about José Mourinho’s return press conference at Stamford Bridge on 10 June.

In contrast to nine years previously, Mourinho was not entering an unnatural environment; it was home.

In 2004, the Portuguese picked up on the English media’s mixed reaction to his appointment, given the manner of the popular Claudio Ranieri’s dismissal, Mourinho’s league-record £4.2 million wage, and a ‘poor’ 2004 Champions League tournament.

It was the birth of the Special One.

In contrast, in 2013, “the main event” that saw 250 media applicants from all over the world was a damp squib – accentuated by Mourinho’s thirst to display a restrained, non-confrontational personality.

However, there were subtle hints at what the future was to hold for Mourinho’s Chelsea 2.0.

John Terry is to be handed a bigger role than he had under Rafa Benítez; Mourinho is planning a longer stay than his previous three-year reign; and, most interestingly, the Portuguese outlined the importance of adhering to Financial Fair Play and, finally, utilising Chelsea’s multi-million youth imports.

Where this leaves in-house, self-cultivated talents like Ryan Bertrand, Nathan Aké, Ruben Loftus-Cheek and, particularly, Josh McEachran remains to be seen but Chelsea are far more prepared for Financial Fair Play than most speculate.

So, while it may seem dangerous to have spent yet more money on the likes of Schürrle and van Ginkel this summer, their transfer fees will be amortised over the period of their long-term contracts.

Then there is the fact that Chelsea’s wage bill has been significantly reduced with the likes of Paulo Ferreira, Yossi Benayoun and Florent Malouda departing the club.

Ron Gourlay, Chelsea’s economical chief executive, may be the reason – rather than Roman Abramovich’s sole thirst for a prolonged legacy – for Chelsea’s average age overhaul.

After all, Financial Fair Play is why Chelsea are so desperate for a bigger stadium or, failing that, the renaming of Stamford Bridge.

This is also why Chelsea have been so key to establish seemingly innocuous partnerships with Sauber, Delta Airlines and Gazprom.

Even if financial self-sufficiency seems, at least, a few seasons away, Chelsea’s target of showcasing to UEFA clearly dwindling expenditure will not be as difficult as it seemed when Financial Fair Play was first unveiled in September, 2009.

Mourinho has clearly had to buy into this vision: the Portuguese will not be able to mass import like he has done in the past 12 years.

While that may seem a recipe for disaster – in hindsight of Mourinho’s infamous omelettes and eggs rant in 2007 –  it must be stressed that this is a crucial junction in Mourinho’s career.

Without even addressing the art of compromise, this move is an experiment: Mourinho is returning to a club for the first time in a 13-year managerial career in football.

Then, there is the fact that this is the first time that Mourinho enters a club under a cloud, amid the football world tiring of his antics.

Just one league title in three seasons at Real Madrid is hardly evidence of one of the greatest managers of all-time – regardless of Barcelona’s near-invincibility in 2010-2011 in particular.

The new generation of the likes of Jürgen Klopp, too, have heralded a new age of charisma and tactical ingenuity.

However, unlike, arguably, any other manager in Europe at the moment, there remains a safehaven for Mourinho to rebuild: Chelsea.

The Russian holds a long-standing admiration for Mourinho, evident in Abramovich purchasing a rare £2 million 612 Scaglietti Ferrari for Mourinho just days after their parting.

As a result, excitement is brewing about a new dynasty that could even rival the Mourinho-moulded cohort of 2004-2006, with only Petr Čech, Ashley Cole, John Terry, John Obi Mikel and Frank Lampard having previously played under the Portuguese.

Sure, for some, the magic and allure may have faded, but the welcoming Mourinho’s appointment received from the likes of Eden Hazard and Branislav Ivanović suggests Mourinho retains his aura.

This is where van Ginkel comes in: one of Europe’s finest talents who, like Lukaku, has been given sincere assurances from Mourinho ahead of a crucial World Cup year.

Mourinho realises – like the effect he had on Lampard and Didier Drogba from 2004 – that these young players are ready to be moulded and mesmirised by the Mourinho Bible.

Having seemingly decided against moves for Sami Khedira and Daniele de Rossi in favour of van Ginkel, it is quite the leap for Mourinho.

Still, van Ginkel has all the raw qualities of a typical, all-action Mourinho midfielder: aerial prowess, a thumping long shot and tidy distribution.

With the expected physical development the 6t 1in Dutchman is to enjoy under Rui Faria’s famed individual training regimes, there are few doubts that van Ginkel will not thrive in the Premier League.

While it may seem that Chelsea splashing out millions on yet another European import is nothing new, this era feels different.

Mourinho looks to have moved away from the scorched earth policy of the past – seen at Porto, Chelsea and Inter – where a club becomes too reliant on a peak-aged core in the aftermath of Mourinho’s departure.

Instead, the Portuguese is countering the returning home experiment with an undertaking of his own: giving youth a chance.