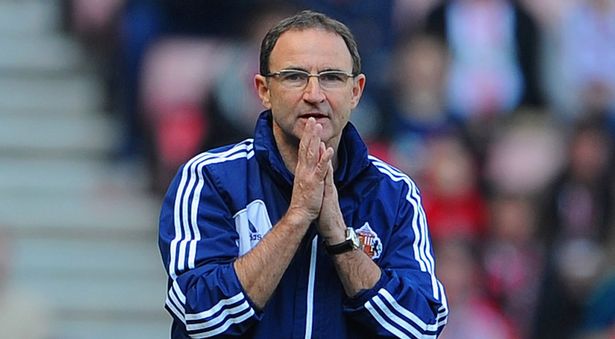 Such is life for Sunderland fans, at least since Ellis Short arrived and the club’s status as a Premier League outfit was secured for the foreseeable future.

The club has promised much over the last few years and, while there’s been no, ahem, shortage of backing from the owner, little else has been delivered.

Indeed, Short’s reign has overseen a promotion and a slightly fortuitous 10th place finish, a solid return but hardly spectacular given his investment. This was supposed to be the season it all changed.

There was no vast swathe of arrivals throughout July and August, but two big-money additions in Adam Johnson and Steven Fletcher. These were supposed to be the pieces that completed a jigsaw that Niall Quinn, Roy Keane, Ricky Sbragia, Steve Bruce and now Martin O’Neill have all had a go at finishing. These were the signings that signalled our intent, making the rest of the league take notice. The top-ten wasn’t just a mere possibility, it was practically a requirement, and how could they fail?

Now, approaching the end of March, and thus far all that’s needed is the mini-revival and the mid-table finish. It’s going to happen, right? RIGHT?!

Alas, this time, it is perhaps more worrying. The good ship Sunderland is locked into hyperdrive, about to hurtle at lightspeed through an asteroid field that includes Manchester United, Chelsea, Newcastle and Everton. Nevermind 12 parsecs, this is about 12 points; there’s a good chance they’ll end up with zero.

Quite how it has come to this is unclear, when casting eyes over the team during the early stages of the season: Simon Mignolet; proving himself ever reliable; experienced and solid defenders in the form of John O’Shea and Carlos Cuellar; Danny Rose the best left back since Michael Gray.  There was Lee Cattermole, the leader, now matured; Johnson – finally, after years of rumour; the magic of Stephane Sessegnon; the goals of Fletcher.

The former and the latter have surpassed expectations, in particular Mignolet, without whom relegation would perhaps be a formality; the same could be said for Fletcher’s goals. Two players at either end of the pitch, shining beacons at the Stadium of Light, separated by a sea of mediocrity.

O’Shea and Cuellar – and Titus Bramble, too – have not so much shown their experience as they have their age; Rose has been brilliant but injured. Likewise, Lee Cattermole is fantastic when not injured or suspended, but it’s difficult to remember when that was, while Johnson has shown some desires are better left to the imagination. Sessegnon has been more Neville Longbottom (early years) than Hermione Grainger.

There’s still time to turn things around, especially given how tight things are in the bottom half of the Premier League. Only nine points separate Wigan (18th) and Fulham (10th); Sunderland are four ahead of the former, but also just five off the latter. A couple of wins should be enough.

It is difficult, now, to see where those wins might come from, especially given Fletcher, along with Cattermole, has been ruled out for the remainder of the season.

Danny Graham, Connor Wickham, Johnson and Sessegnon now need to raise their game. Fletcher will be a huge miss, but those four represent over £25m of attacking talent; to be so dependent on one player is preposterous.

The dark side (The Championship) is calling, its lure growing stronger. Sunderland are going to need all the power of the force to defeat it, and even then the odds don’t look great (although slightly better than 3,720/1).

Never tell me the odds…