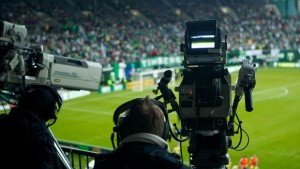 For any US Sport with a professional league, garnering television deals is the ultimate key indicator of success and is used to discover whether that particular league is worth investing in because, as we all know, greater investment tends to mean greater chance of success in the long term.

All of Major League Soccer’s television deals are set to expire at the end of the 2014 season meaning the league will be looking for new, improved deals before the start of the 2015 season in March. The current deals are $80 million for eight years with Spanish speaking network Univision signed in 2006 to broadcast 25 MLS games a year (which is controlled by MLS’ marketing branch SUM). At the time, ESPN spent $64 million on an eight year deal which includes regular season games, the prestigious All Star Game and MLS Cup.

Five years later in 2011, NBC signed a $30 million – three year deal for 45 MLS matches. Included in these agreements were also USMNT fixtures and internationals. From a purely MLS Perspective, the contracts were not at all bad. When plans to launch MLS were being put into place in March 1994, the league had to pay the networks (ESPN and ABC) to broadcast their games! Paying for the production and airtime as part of a three year deal which as you can imagine, was always going to be very expensive for a brand new league. Between the league’s inception and 2006, there was a healthy rise in the figures being tabled to MLS. It is hoped that the increase will be even greater by the end of 2014.

The deal which took place in 2006 was completed and announced on the 6th August, just under a month after the conclusion of the World Cup. Statistics from ESPN and Univision which compared TV audiences for play-off games versus World Cup regular games, viewers cite that 6.8 million members of the US public tuned in to watch regular World Cup matches, placing Soccer behind only the NFL play-offs – the time zone differences between Germany and USA highlights the commitment of US Soccer fans watching the World Cup. ESPN would have monitored this closely and realised that Soccer in America is a sport worth investing large sums in.

The point being made here is that big soccer events attract large television audiences, which in turn has a knock on effect for USA’s premier domestic Soccer league, MLS. Sports networks see that and with 2014 being the year for another World Cup. Perhaps the likes of ESPN, who will be looking for more Soccer coverage to replace the Premier League rights they lost to NBC or others like Fox Sports who lost their MLS coverage to NBC while NBC Sports will most likely want to continue their coverage. There is a high chance that a number of networks will want to jump on the Soccer bandwagon after what is expected to be a further rise in viewing figures, participation levels etc. for the 2014 World Cup in Brazil. 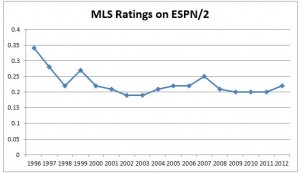 The television deals make it easier to understand why so many big announcements have come out of the head offices in New York this year. A second New York Franchise, NYCFC – was a decision which looked to be tailor made towards attracting networks to invest in the US’ largest TV market in the year 2015, when the new TV deals will begin (coincidental?). Furthermore, the decision to expand to a total of 20 teams – with at least one expected to be in Florida – should help in giving the MLS product greater overall exposure on a national rather than regional level, making the large ports networks sit up as well as discovering new Soccer hotbeds which were not recognized beforehand. It’s simple logic: the bigger the league, the bigger the interest.

There have also been the announcements made to make MLS look serious in it’s ambition of becoming one of the World’s best leagues. MLS retaining Omar Gonzalez and Landon Donovan were key in stating to the rest of the soccer world that the league can keep hold of it’s top players while building on that by introducing Clint Dempsey in the Summer, a player still in his prime, to act as the new poster boy. There were no decisions on this kind of scale made in 2012, suggesting that the strides made were all taken with the TV deals in mind.

MLS has seen a decline in viewing figures this season as to 2012. ESPN/ESPN2 finished the 2012 season with an average of 311,000 viewers for its games, but that number is down to 227,000 this season. Meanwhile, NBC Sports Network averaged 125,000 viewers per game last season, and is currently at 102,000 in the 2013 campaign. This was to an extent because of the lead-in with Olympic programming thus showing that there has at least not been a complete downturn and that everyone has lost interest in MLS all of a sudden. What it does mean though is that MLS should perhaps be looking to seek assurances that when the deals that arrive are made, getting respectable time slots are critical. There is clear evidence that there is interest in Soccer in America, but only when the networks show just as much passion and enthusiasm for it as the league does. Networks should not use their acquisition as a tool to merely satisfy the needs of the ‘Soccer hipsters’ but instead bring it into the mainstream. 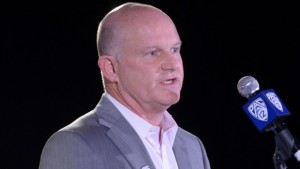 It is unlikely that the new TV deals will be ground-breaking, but this time round networks will be investing in a league which is far healthier and more stable than ever, particularly when considering MLS was on the brink of complete collapse just over a decade ago. The appointment of Gary Stevenson, who will be playing a key role in contract negotiations, looks to be critical as it is likely he has a crucial role to play. Stevenson held an executive position at Pac-12 where he helped in achieving one of the richest TV deals in college sports history in 2011.

MLS will certainly hope they can expect a similar result from their new employee. As stated at the beginning, greater investment tends to mean greater chance of success in the long term. If MLS successfully gets it’s product more regular exposure to the country and strikes a far more lucrative deal than seven years ago, then the future for the league and Soccer in USA is surely a bright one.