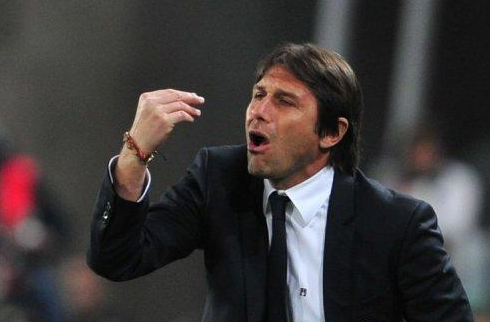 When Antonio Conte returned to the Old Lady, he found the club a shell of its former self. The Calciopoli scandal had seen Juve reduced from a European heavyweight to a domestic middleweight, and change was needed.

Under previous management, the Bianconeri had endured two consecutive seventh-placed finishes, scrapping with the likes of Parma and Palermo rather than the old enemies from Milan.

Conte soon set about bringing in a reminder of how things used to be, and with some astute signings, alongside a revitalised defence, an air of solidarity returned to the club. Memorable success followed as Juve won two Scudetto’s on the trot, the first seeing them become the only team to manage a full league season unbeaten since the expansion of Serie A to 20 clubs and 38 games.

This season Conte’s men are again leading the way domestically, and a third successive title is in the offing. In the Champions League however, Juve have again failed to impress, following on from last season’s quarter-final whitewash against Bayern Munich, they did not even make it out of their group this year. Italy is theirs, as Roma, Napoli and Milan are too inconsistent, whilst Inter are in the middle of a complete overhaul, but in Europe their hopes of success seem remote.

This season, in a group that included Real Madrid, Galatasaray and Copenhagen, Juve only managed a total of nine goals, although the main problem was that they also conceded the same amount. At the back, the likes of Gianluigi Buffon and Andrea Barzagli are club legends in their own right, but at 36 and 32 their careers will soon be coming to an end. Reinforcements are definitely required and money will have to be spent when replacing players with the importance of Buffon and Barzagli, however when it comes to revamping the rest of the side, Conte should not just look at players from other clubs.

Juve owe a lot of their heritage to English football, and they would do well to study England again for inspiration, particularly Manchester. For the do’s of how to rebuild: see Manchester City, who play their best football when Yaya Toure is heavily involved. Conte already has a player in similar mould to Toure with Paul Pogba, and giving him free reign in midfield could be the best way to go. This would mean the mercurial Andrea Pirlo would have to take a back seat, but with his contract extension not officially announced yet, at 34 maybe now is the time. Juve fans probably see this as treason, but again look to England, and the don’ts of how to rebuild: Manchester United.

Paul Scholes was their main man in the last few years of his career, and although his talent still justified that, it meant no one else could come through and take over the mantle. Now, in Scholes’ absence, United are left with a midfield bereft of direction, and although Juve do have a more able supporting cast, Conte should keep this in mind.

How much Juve need to spend will also depend on who leaves at the end of the season, with the likes of Arturo Vidal constantly linked with a move away from the Juventus Stadium. Another factor will be how the recent loan signing of Daniel Osvaldo works out, as Conte still searches for that 20-goal-a-season striker (Carlos Tevez currently leads the way with 11).

So, although there is no need for wholesale changes or panic buys, it is time for Conte to rebuild, especially if a third Champions League title is expected in the near future. Unfortunately there are many rivals across Europe who will also be thinking the same, so rather than compete against the big-spenders in the summer, it may be wise to do business sooner rather than later.

2 thoughts on “Turin wasn’t built in a day”