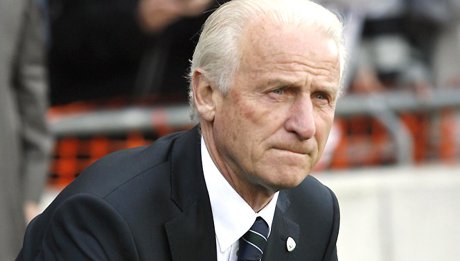 As far as the mandates Giovanni Trapattoni was given as an international manager, it may seem that there were few similarities in his near-decade at the helm of Italy and Ireland.

Yet, with the Azzurri – despite losing just seven matches out of a possible 44 in four years – Trapattoni’s charges badly faltered at the 2002 World Cup and Euro 2004.

Similarly, in relative terms, Trapattoni’s Ireland disappointed at Euro 2012: scoring just one goal and losing all three of their matches.

Ten years on from Trapattoni’s first international tournament, in Japan and South Korea, the same stubbornness remained in shackling his charges.

Back then, Trapattoni’s old-age eccentricity – with needless screeching and the ceremonial sprinkling of his sister’s holy water on playing surfaces – did little to calm the situation.

Even in addressing the controversial exit to South Korea in the quarter-finals in 2002, it is often forgotten that Trapattoni sat on a 1-0 lead and brought on Damiano Tomassi for Alessandro Del Piero on the hour mark.

It proved that the wily Italian could not change.

After all, going all the way back to the 1983 European Cup final, Trapattoni’s Juventus were outfoxed by Ernst Happel’s use of Felix Magath as an ‘unpredictable’ floater to penetrate the Italian’s rigid man marking system.

Trapattoni has always stuck to his principles and despite attempting to oversee a new crop – making 11 changes from his 2002 World Cup squad – Italy exited Euro 2004 in disgrace.

To think, 15 members of these squads would win the World Cup just two years later.

32 years into his managerial career, it seemed Trapattoni’s standing as one of the world’s greatest managers had long expired.

Yet, with Ireland, at times, he proved himself and could again cite the ‘unlucky’ card after Thierry Henry’s infamous handball.

Trapattoni continued – with the cult of the Italian long established amid nationwide support – and after leading Ireland to Euro 2012, was awarded a four-year contract before the tournament.

The FAI, wrongly, believed the Italian was a safe pair of hands to oversee the transition into Ireland’s new generation of Ciaran Clark, Seamus Coleman, James McCarthy and Robbie Brady.

Ultimately, the premature contract had an adverse effect and the Italian’s popularity plummeted – amid his conservatism and stubbornness.

Having led Ireland to an eight-year high of 18th in the rankings in June 2012, the Italian departed with Ireland in 60th place just 15 months later.

It left Trapattoni devastated, having broken down into tears after the mutual termination of the final two years of his contract with the FAI. 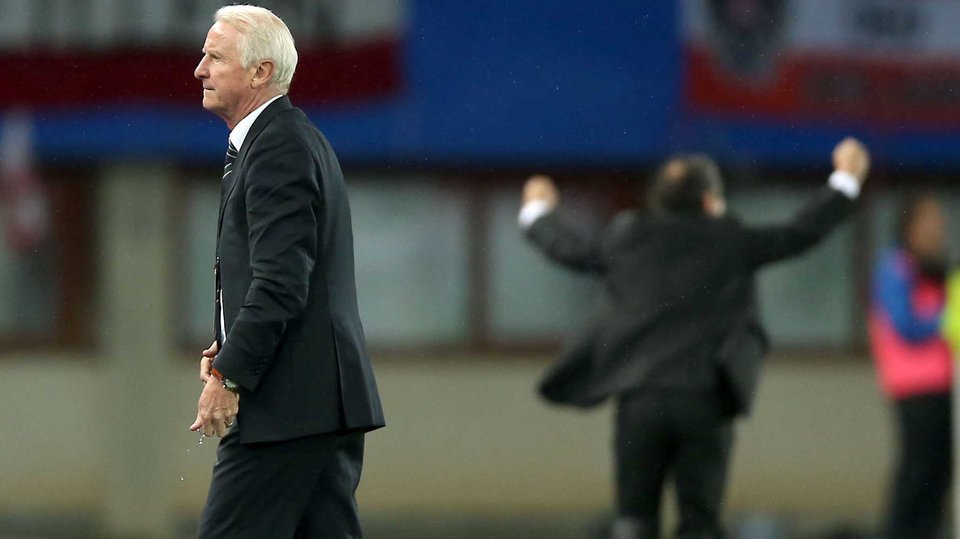 Still, a 1-0 defeat to Austria was never going to serve as a just epitaph for one of football’s great characters and Trapattoni was left wounded: desperate to finally prove himself in international football.

Most would have speculated that it would have been outside Europe – to Asia or the Middle East.

Yet, despite the mixed success of the similarly high-profile Sven-Goran Eriksson in 2010, it looks as if Trapattoni will in fact become the Côte d’Ivoire’s first ever Italian manager.

The mooted four-year contract suggests Trapattoni will be tasked with not only qualifying for the 2018 World Cup but, also, winning Les Éléphants’ first African Nations Cup since 1992.

With his pedigree and the trusted Marco Tardelli – who manged Egypt in 2004-5 – alongside him, Trapattoni may see Africa as the perfect environment to restore his reputation.

Yet, the age-old problems are likely to remain.

Trapattoni is sure to remain in Milan and stick to his practice of watching players on video.

The Italian is likely to stick to his rigid 4-4-2 system and to suggest this will fare markedly better in African football would be foolish, with this being a continent whose tactical systems are continuing to evolve.

And, most pertinently, the Côte d’Ivoire’s Golden Generation are about to enter transition.

Since then, this group were reinvigorated by the inclusions of Cheick Tiote (27), Gervinho (26), Seydou Doumbia (26) and Salomon Kalou (28) but, even then, that only reduces the average age of the above-mentioned by a mere two years.

So, while the Côte d’Ivoire remain Africa’s highest ranked team– three ahead of Algeria, in 23rd – this will ultimately be an unfulfilled generation internationally.

Yet, there remains hope ahead of 2014: Sabri Lamouchi has, delicately, integrated a new generation, the generation that will lead hope to lead Les Éléphants in Moscow in 2018.

Having over-relied on players aged 28 and above with Italy and Ireland, it remains to be seen if Trapattoni can finally prove himself as a proactive international manager and boldy bring through this new generation.