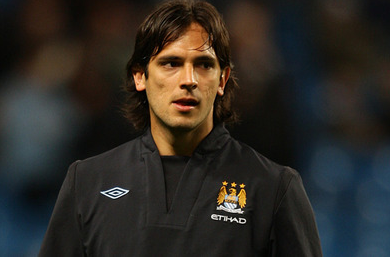 “We need a striker but we are not close enough to getting that striker … We would consider bringing in a striker on loan from a Premier League club.” – Gus Poyet, 21st August.

Two games into the championship season and with the unpredictable transfer market very much still trading Gus Poyet is on the lookout for another striker following a frustrating 0-0 draw with Cardiff on Tuesday night. This article will look at potential suitors who would fit the criteria Gus Poyet has put forward.

Might be considered something of a strange fit but the move would very much make sense. Despite only making a handful of appearances and only scoring a single goal at Arsenal the year of training Park must have received would very much put him in good stead with Brighton’s style of play. His London 2012 antics proves that he is capable of performing in an English environment having capped his impressive bronze medal match with South Korea’s second goal in their 2-0 win over Japan.

A player who very much looks like he needs a loan like this one. Having graduated from Everton’s academy his toffee’s career has never really taken off despite his obvious talent and physique. Having only scored six goals last season, a season of hitting the back of the net would do wonders for his confidence and Everton would surely have a different prospect on their hands come next season.

A striker that has surely exhausted every means of suffering injury during his ill – fated spell as a Manchester City player. Has been shipped out on loan to Blackburn and Real Betis in recent seasons so the arrangement would not be unknown territory nor too much of a step down. In fairness Cruz notched up 33 league games last season for Betis and as long as Brighton used him wisely would surely feature amongst the Championship’s top scorers list come the end of the season.

Having only scored a single Newcastle goal in his short Geordie career (an extra time winner in the league cup against Scunthorpe), Brighton fans might be asking: would he actually bring goals to the side? The answer to that question is: I have no idea. Nobody would have any idea. But his relentless energy and chasing down lost causes would be a worthy addition to the Brighton team. A player who earns his wages in sweat would always be welcomed with opened arms at any club. And a regular spot in Brighton’s team could yield vital goals and assists. At only 20 years of age and a Nigeria U20 / England U21 international (I know),  would definitely be worth a punt by Poyet.

Now this would be a very interesting scenario. A player initially bought for around £7M from under the noses of Benfica and Real Madrid after Sir Alex Ferguson admitted to never watching him play beforehand. After a disappointing spell, was loaned out to Besiktas with a £2M buy option only to suffer a cruciate ligament injury. Could that be Brighton’s gain this season? Almost definitely not but with Van Persie, Rooney, Hernandez, Welbeck, Macheda and even Berbatov all potentially ahead in the queue, and with the transfer window ticking down, could Bebe search for pastures new to get some much needed game time? Surely the option of playing in England to prove his critics wrong and showcase his talents would be appealing to the Portugal U21 international. He looked razor sharp in United colours during their preseason tour, receiving high praise and scoring an impressive equalising volley before handing an assist for a Shinji Kagawa goal. The move would certainly attract a lot of extra viewers for Brighton games as fans ask the question: Is Bebe actually any good?