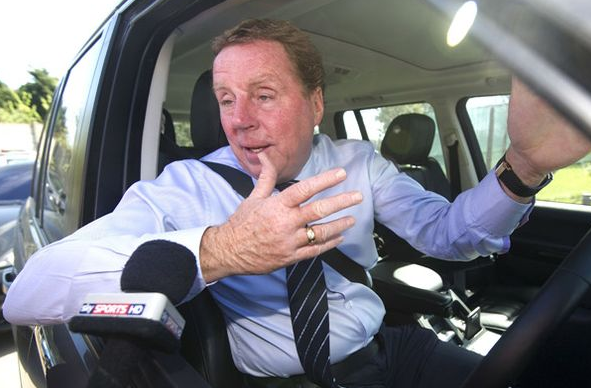 The January transfer window slammed shut with the usual last minute mania as clubs battled each other to sign new talent. Here is the timeline from the big day*

10.37am – Luciano Becchio leaves Leeds United and joins Norwich. The Argentinian forward claims, ‘It is a dream come true to join Norwich. I have supported them since I was a boy’.

11.42am – Norwich’s bid for Celtic’s Gary Hooper is rejected.

12.15pm – QPR chairman Tony Fernandes begins sending blank cheques to all Premier League clubs with a note saying, ‘Write any number you like, let’s do business’.

1.22pm – Following the collapse of the Leroy Fer deal, Everton begin talks with Sevilla over a move for Spanish striker Alvaro Negredo. Once Bill Kenwright’s offer of four complimetary tickets for Phantom Of The Opera is laughed out of Andalucia, a short term deal for Kevin Campbell is finalised.

3.58pm – The David Beckham brand rolls into town amid much hoopla and media chaos. Following the press conference beamed to a worldwide audience and the promise of his salary going to a local charity his new club proudly parade Beckham to the world. Middlesbrough have got their man!

7.38pm – Arsenal announce the signing of somebody who will actually do them some good.

8.49pm – DJ Campbell stuns the footballing world by announcing he won’t be joining anybody for once.

9.13pm – When asked why he is joining Sunderland, Danny Graham explains, ‘Sunderland are a massive club’. Graham fails the medical on the grounds of being pissed.

9.45pm – Peter Odemwingie’s switch from West Brom to QPR goes through smoothly and without hitches. The Nigerian striker professes never to have heard of Harry Redknapp or spoken to him ever.

10.41pm – Stoke City pull out of a deal to sign Andre The Giant. Tony Pulis claims the player is too short and his knee is ‘a ticking timebomb’.

10.58pm – Liverpool swoop for Darren Bent from Aston Villa but then remember they still own Andy Carroll and send Bent back.

11.00pm – Harry Redknapp finally turns on his phone on having not spoken to a single person all day. Especially any players from other clubs who he had previously expressed his admiration for in all of his January press conferences, and promised not to speak about because ‘that wouldn’t be right’.

*All of this may never actually have taken place…