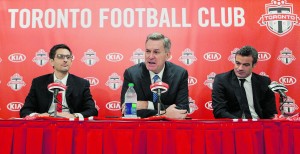 It has been another fantastic year for Major League Soccer in 2013 with Sporting Kansas City joyously lifting the MLS Cup in front of their own fans on December 7th after a heart-thumping penalty shoot-out against Western Conference foes Real Salt Lake. Sporting KC perfectly exemplify how a team can turn around their fortunes through successful re-branding and a change in management structure.

Fans got on board the rebuilding project and two years later can now savour a post-season with the safe knowledge that their side are currently the best team in USA and Canada along with successfully reaching the CONCACAF Champions League knock-out stages. The same can not be said for one franchise north of the border – Toronto FC – whose season ended back in October, finishing ninth in the Eastern Conference standings.

Toronto have been unsuccessful once more in their pursuit to reach the play-offs, ending the regular season with a 6-17-11 record and failing for the seventh consecutive year. The expansion team from 2007 have never qualified since their existence. At the time there was a genuine belief that Toronto could be a major force in MLS with supporters flocking to see the first Canadian team in the league.

Attendances from 2007-2012 have averaged 20,000 in a stadium with a capacity of 21,859 but when fans are exposed to the constant disappointment of finishing in the lower reaches of the Eastern Conference for a sustained number of years, the passion and commitment from fans was inevitably going to dwindle and from 2011 onwards, there has been concerning decrease of occupied seats. In 2012, attendance reached 18,681. After 2013, the figure currently stands at 18,131 – 550 less people by no means suggests contraction is on the way but Toronto will hope that trend doesn’t continue – along with an even further decline in regular season results.

Toronto under the tutelage of head coach Ryan Nelsen, the once bruising centre back who plied his trade mostly in England after a spell at D.C. United, have endured one of their worst seasons yet. 2012 was poorer in terms of the position the Reds finished in the regular season but at least the bragging rights of securing a Canadian Championship was secure. 2013 Toronto had achieved no silverware, trudging through the majority of the season with a threadbare squad with Welshman Robert Earnshaw perhaps being arguably the biggest name. The squad was young with no experienced DP to really call upon.

Captain Torsten Frings retired during pre-season while target-man Danny Koevermans was out injured for half of the season with a torn ACL, putting him out until June. The Dutchman was unable to rekindle any of his form of yesteryear on his return, scoring zero in four appearances subsequently meaning that his contract was not to be renewed. Designated Players are valued commodities by any MLS team, Toronto desperately needed a man of experience for them to have had any success in 2013. 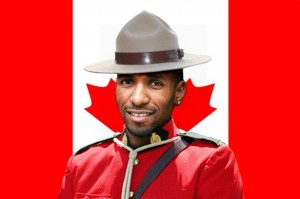 The pandemonium taking place off the pitch was just as tumultuous as it was on it. Firstly the appointment of Ryan Nelsen came much later than Toronto fans would have wanted as the New Zealander wished to remain at QPR for as long as possible to help in their bid for Premier League survival. Nelsen therefore began work on February 1st – one month before the season was to begin. In MLS, most transactions, especially ones between domestic clubs, normally take place straight after the end of MLS Cup the year before, this is alongside the re-entry draft and the waiver draft.

Although Nelsen was in place just in time for pre-season and could help in selecting potential MLS stars from the superdraft, he had very little time to bring in the player personnel that he may have wanted. The press conference to introduce Nelsen to the local media was bizarre as the newly appointed manager was not even there but still playing in England. From early on there were signs of disorganisation right at the core of the management.

Nelsen’s appointment may have had something to do with the fact that he was a player when executive Kevin Payne was the general manager at D.C. United. Payne left D.C. to take on the Toronto job with the aim of turning the franchise around into a successful club. Although successful in bringing in young Argentine holding midfielder Matias Laba, who has proven himself to be one of the league’s best newcomers, he was heavily criticised for trading Luis Silva to D.C. Payne was unable to fulfil the promises made of bringing in star quality to Toronto and was fired on September 4th by Tim Leiweke because of ‘philosophical differences’. What that really means only time will tell.

Now its the start of the current era and there is a three man team responsible to guiding Toronto FC into a flourishing franchise. Former MLS Senior Director of Player Relations Tim Bezbatchenko has been appointed general manager as a successor to Payne. His role at MLS should mean that he knows the rules and the intricacies that come with MLS and it’s single-entity structure inside out.

You then have Head Coach Ryan Nelsen. With a year of professional managerial experience now in his armoury he will be looking to build upon his own tactical knowledge, perhaps venturing away from a rigid, counter-attacking 4-4-2 to include a natural number 10. The lessons learned from last season should prove invaluable and is already helping to free up cap space with great assistance from Bezbatchenko.

The third man is Tim Leiweke , the club president who is renowned for famously playing a critical role in bringing David Beckham to MLS – undoubtedly the biggest signing the league has ever seen. Because of this Leiweke is known for wanting to make blockbuster signings. This could be exactly what Toronto need. With both designated player spots empty Toronto will want to bring in some experienced, well established players to give the team the ‘star quality’ that the fans want. Interestingly last month Tim Leiweke stated at the Ontario Chamber of Commerce that within 30 days (as of 20th November) Toronto would be making the biggest signing in MLS history. 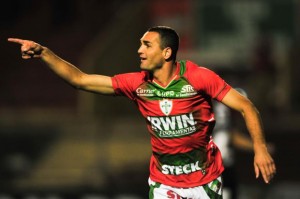 Speculation, particular among tabloid newspapers in England, is that signing may be Jermain Defoe. There is no denying that a player of Defoe’s standing is ideal for a team like Toronto. The need for a natural finisher who is already used to playing in a physically demanding league is certainly present and the 31-year-old could play a crucial role. He is of a similar playing style to Earnshaw who was TFC’s top goalscorer last season, Defoe’s quality and experience and already existing relationship with Ryan Nelsen could lead to even better results. Other names such as Samuel Eto’o and Alberto Gilardino have been thrown around but the main focus looks to be Defoe.

Putting the rumour mill aside for one moment, Toronto have already began the rebuilding process by bringing in MLS veteran Jackson, a versatile midfielder who had perhaps his best season in the league last year at Dallas. Furthermore, it looks as if the Reds have already filled one of the other designated player spots with Brazilian striker Gilberto from Campeonato Brasileiro giants Internacional. Gilberto played on loan at Portuguesa, another Serie A outfit, scoring 14 goals in 24 appearances. A very productive season and to be scoring so regularly at the age of 24 could mean a very bright future in Major League Soccer if he can adapt to the league, the culture and the language barrier. Bringing in Jackson, a Brazilian native, seems like a very intelligent move to help Gilberto integrate into the team.

2013 was miserable for Toronto but there are signs of promise. There is already a young core consisting of Doneil Henry, Joe Bendik, Ashtone Morgan, Matias Laba and Jonathan Osorio with all of them having impressive seasons despite the team’s overall performance. If you add Maple Leaf Sports and Entertainment’s ability to bring star power to a franchise and the organizational skills that the likes of Bazbatchenko has then it is clear to see there are signs of optimism.

Just like Toronto, Sporting Kansas City faced declining attendances, but when the franchise had a major shake up in 2011 fortunes changed. Although Toronto are not undergoing a re-branding process, they are going through rebuilding. If MLSE and Ryan Nelsen get this right then hopefully the passionate Toronto FC fans will not only come flooding back, but bring more new fans with them. The structure is in place, now it is time for the execution and to try and finally get Toronto at least close to an MLS Cup.