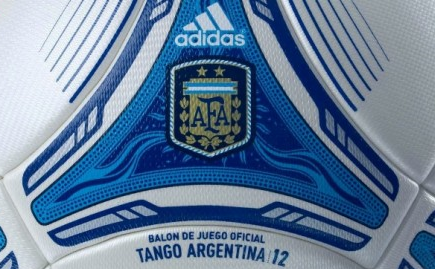 With the Torneo Inicial done and dusted, Back Page Football casts its eye back over the last six months in Argentinian football.

Following up from their strong finish to last season, San Lorenzo were crowned champions of the Torneo Inicial.  Despite losing first choice strikers Martin Cauteruccio and Gonzalo Veron to injury, a youthful Ciclon backed by the Vatican rallied to win their first title since the 2007 Clausura.

Though 33 points may have been the lowest tally ever to win a short tournament, their triumph nevertheless represents an impressive achievement by Juan Antonio Pizzi and his men, who just 18 months previous were battling relegation.  ¡Habemus campeon!

Second placed Lanus also had a great season, winning the Copa Sudamerica and playing some of the most entertaining football in the league.  Top scorers in the league with 32, attacking flair was added to their typically solid defensive unit as Barros Schelotto coaxed out the best of Boca outcasts Lautaro Acosta and Santiago Silva.  Elsewhere, unfashionable Arsenal also added to their recent silverware with a Copa Argentina win over San Lorenzo in Catamarca.

It looked like Racing were set to walk away with the award after a horrible start (two points from opening 12 games) and managerial merry-go-round (three different managers and two caretakers) until the brilliantly named Mostaza Merlo steadied the ship towards the end of the season.

Therefore, it can only go to Colon’s implosion.  Players going several months without pay, a six-point deduction for an unpaid transfer and a boycotted game against Rafaela encapsulated a miserable campaign for los Sabaleros, who finished rock bottom with a paltry six points.

After an encouraging second place finish last time out, River also get a mention for a thoroughly underwhelming display.  Despite boasting the joint best defence in the league, they only managed to find the net 12 times in 19 games and finished 17th.  Incoming president Rodolfo D’Onofrio will look for a much improved performance next time out.

Chino Maidana won the WBA welterweight belt but he wasn’t the only Argentinian to pack a punch recently.  Former Arsenal defender Nelson Vivas first managerial job at Quilmes ended in ignominy after he lamped a critical fan during a match.  Unfortunately for Vivas, the fisticuffs were all caught on TV and he subsequently had to hand in his resignation.  Second place goes to Boca Unidos goalkeeper Martinez Gullota for his Suarez style nibble on Diego Jara’s shoulder, while there were notable brawls between Boca Juniors & Godoy Cruz and Arsenal & Gimnasia.

The ever self-effacing Caruso Lombardi, humbly dubbed himself “the Argentinian Mourinho” after Argentinos Juniors’ impressive side to the season.  Having now left his post, he also waded in with some not entirely constructive criticism for old employers at San Lorenzo.  Textbook.

Olimpo defender Nestor Moiraghi won’t be surprised to find a lump of coal in his stocking after some ‘rustic’ challenges this season.  He received a red card for a stamp during the match v Racing but escaped a similar punishment for his double footed lunge against Colon.  Agricultural, to put it lightly.  Elsewhere, Crucero del Norte’s Federico Rosso managed to foul not one but two players whilst playing against Boca Unidos.

A number of youngsters impressed during the Torneo Inicial.  First and foremost, San Lorenzo attacking duo of Hector Villalba and Angel Correa starred for the champions while Walter Kannemann also did well in defence.  Lucas Melano flourished at Lanus following his move from Belgrano, scoring six goals, and Nicolas Pasquini was very tidy in midfield.  Eder Alvarez Balanta was a rare positive for River, earning a call up to the Colombia national team, and looks set for a big money move along with Racing midfielder Bruno Zuculini.

Geronimo Rulli underlined his potential at Estudiantes, conceding just 14 in 19, while Gaston Gil Romero and Jonathan Silva also emerged as exciting prospects for the La Plata side.  Allione and Romero made significant contributions for Velez but Ramiro Caseres was their surprise revelation.  Meanwhile Rodrigo Gomez showed flashes for Argentinos, Franco Mussis anchored the midfield well for Gimnasia and Lucas Albertengo notched five for surprise package Rafaela

After a pair of dentures were thrown at Caruso Lombardi last season, this season the most unusual item to rain down from the stands was a  child’s pink lunch box thrown at referee German Delfino.

Lookalike of the season

Youngster Gonzalo Galvan, who plays for Villa Santillan in the North West of Argentina, was dubbed the ‘Ozil Tucumano’ for his uncanny similarity to Arsenal’s German midfield schemer.

Brush with the law

Pablo Migliore picked up the gong for his stint in jail last season and the award stays in the Nuevo Gasometro following revelations that San Lorenzo starlet Angel Correa, among others, has links to a drug gang called to ‘Los Monos’.  His registration was frozen after it emerged that Correa’s representative, Francisco Lapiana, had phone conversations with the cartel, who reportedly own 10% of the player.  Hopefully it won’t hamper a burgeoning career.

Finally, newly promoted Brown de Adrogue upset the odds on the opening weekend of the B Nacional when they beat Independiente 1-0 in easily the biggest game in the club’s history.  The disparity between the minnows and the fallen giants was epitomised by Brown de Adrogue manager Pablo Vico, in charge of the club for four years and who has been living inside the stadium for the past 14 years!  Comfortably mid-table at the half way stage, there could be more giant killings to come.

One thought on “Torneo Inicial 2013: End of Season awards”