It was always going to come down to these two wasn’t it? Once again Lionel Messi and Cristiano Ronaldo have proved themselves to be the best players on the planet, but it’s the Argentine who continues to claim the individual accolades. 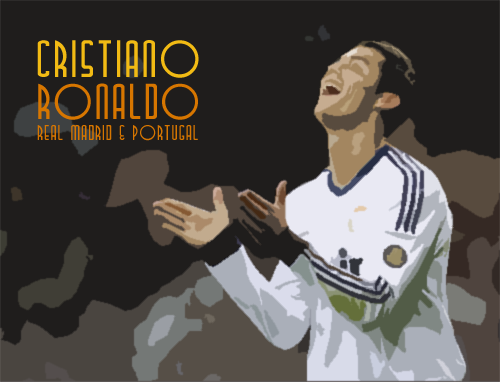 He’s handsome, rich, got all the good clothes, cars and houses. Also on top of all that, he’s one of the best footballers to ever play the game. 2012 for Cristiano Ronaldo was a great year.

Why was it a great year for Ronaldo, where should we start?

With Real Madrid he won his first ever La Liga title, they were top nearly the whole way through the season and didn’t look like stopping, finishing top of the league on 100 points with Los Blancos. Ronaldo alongside his team mates and manager finally put a stop to Josep Guardiola and his Barcelona team. He also won the Supercopa de España for the first time (Spanish football championship contested by the winners of La Liga and the Copa del Rey winners.) He finished the season with Real Madrid on 60 goals in 55 matches, his best ever goal scoring season.

Now he also had a marvellous 2012 with his country, Portugal. At Euro 2012 big expectations going into the tournament were on Ronaldo’s shoulders, could he, couldn’t he? Ronaldo could, he took Portugal to the semi-final of Euro 2012 beating the likes of Denmark, Netherlands and Czech Republic on the way. Ronaldo scored two against Netherlands in their 2-1 win and also scored the only goal in a 1-0 quarter-finals victory over the Czech’s. The journey then ended for Ronaldo and co, in the semi-finals with penalties, being defeated by eventual winners Spain 4-2. Ronaldo didn’t contribute as the manager; Paulo Bento wanted him to go last in the shoot-out.

If you’d like to specifically talk about Ronaldo himself, well he also won such awards as, being included into the UEFA Team of the Tournament, Team of the Year 2012 (His 7th time included, a record he holds)and  FIFA/FIFPro World XI. As well as those awards, Ronaldo found himself joint top goal scorer at Euro 2012 and was also runner-up in the Balon d’or (Yes that’s a prize, he got a silver medal) and UEFA Best Player in Europe Award (Lost out to Iniesta)

So all in all it was yet another phenomenal year for one of the best ever footballers the games saw.

There was however a negative moment for Ronaldo in 2012, it came as a surprise to all. Ronaldo seemed very unhappy at Real Madrid, he became sad and whispers started to surface that he wanted to leave the club. There was also some talk that he just wanted an ‘improved contract’ in the end, the storm passed, for now.

The last issue of 2012 however was Paris Saint-Germain declaring interest in signing Ronaldo. However, Real Madrid announced the club will not sell Ronaldo and the club was working on an improved contract with a three year extension, keeping him at the club until 2018.

Though later in the month, it was reported Ronaldo would reject the contract Madrid are preparing for him at the end of the season.

Where will Ronaldo end up, only he knows? One thing is for sure, he had an excellent 2012.

1 – First ever title he won with Real Madrid

9/14 – Goals per game ratio for Portugal

19 – The record-breaking number of opponents Ronaldo has scored against

If that’s not enough, then Ronaldo himself can always tell you about his 2012 –

It was a very special one for me, helping my team and country achieve success. It’s great to celebrate these achievements and also have a great pair of boots to recognise the moment. I’ll enjoy playing in them for sure. 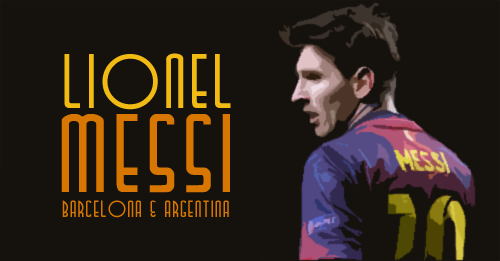 When looking up the adjective term ‘superlative’, the dictionary reads: ‘Of the highest order, quality or degree; surpassing or superior to all others’. It would be apt to find a picture of Lionel Messi as an example.

To say the Barcelona ace enjoyed a mightily impressive 2012 wouldn’t quite cut it. The Argentine was, to put it simply, in a league of his own. Breaking records became common place for a player previously dubbed ‘Little Flea’ as a result of his diminutive figure.

La Liga goalscoring records, smashing his way into the history books after breaking Gerd Muller’s record of the most goals in a calender year – 94 the standard now set – and a Ballon d’Or to cap it all off; the first player to win the coveted award four consecutive times and once again proving himself superior to Cristiano Ronaldo in the process having secured 41% of the total votes for the award.

Leading the frontline in arguably one of the greatest teams in the history of the game, it isn’t a surprise to see the 25-year-old continuously etch his way into footballing folklore and is already the club’s highest all-time goalscorer, excluding friendlies, despite his young age.

The last 12 months have been nothing short of spectacular for Messi after he picked up no less than 13 individual accolades in 2012, including the aforementioned Ballon d’Or award, not to mention the Copa Del Rey winners’ medal.

On the international stage also, Messi hasn’t disappointed, scoring 12 times in nine games for Argentina in a side boasting one of the strongest attacking frontline’s in world football; Carlos Tevez, Sergio Aguero and Gonzalo Higuain forming a strike force that would leave any defence quaking in their boots.

Such have been his performances during 2012 that many a pundit and fan believe the Barca ace to be the greatest player in the history of the game, eclipsing the exploits of Diego Maradona, Pele and John Cruyff in the process.

Any doubters of his exploits would’ve been quickly turned in what was a 12 months to cherish for Messi, regardless of his penalty miss in the Champions League semi final against a Chelsea. Striking the bar from 12 yards, however, was but a mere blip on his exceptional record, despite Barcelona’s chance of becoming the first team to defend Europe’s elite trophy diminishing in the process.

After such a dominating year for the striker, it would’ve been unequivocally difficult to replicate the  accomplishments once again, but Messi is ultimately going to work his hardest to ensure he comes close, with the player already netting 11 times in the calender year; a mere 25% of his 44 strikes for the season at the time of writing.

There are some that believe the Rosario born frontman won’t be considered a true great until he lifts the World Cup with Argentina, an opportunity that won’t present itself for another 18 months, yet his individual accolades he has attained, not to mention his winners’ medals – of which he has 21 – in his career surely eclipse the naivety of the small quarter.

The last 12 months have been of the absolute highest standard for Messi, no matter the lack of silverware won with Barcelona. The way things are going for the Blaugrana star, the likelihood of adding to his already bursting-at-the-seems trophy cabinet is a possibility. Will little Lionel recreate his achievements of 2012? It remains to be seen, but he’s certainly going the right away about it if his performances over the past six weeks are anything to go by.

So there you have it, the third instalment of the BackPageFootball Top 50 Players in the World series is complete!

Thanks to everyone who voted on, contributed to and read the articles over the past few weeks and hopefully you got as much enjoyment out of it as much as we did putting the whole thing together.