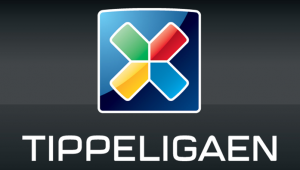 For the fourth consecutive week, the gap between league leaders Rosenborg and second-place Strømsgodset remains just two points, but we could have been welcoming a different Tippeligaen leader this weekend if things had gone Strømsgodset’s way on Monday evening. After Rosenborg were held to a goalless draw by Vålerenga in Trondheim on Saturday evening, Strømsgodset had the opportunity to move to the top of the table and one point clear of Rosenborg when they travelled to Åråsen Stadion to take face 12th-place Lillestrøm two days later. The first-half ended goalless, but Ola Kamara put the visitors ahead after 61 minutes with his fifth goal in four games since his return to the club in July on loan from SV Reid. With only a few moments left to play, it looked as if Strømsgodset were going to hold on to take both the victory and top spot from Rosenborg, but an unfortunate own-goal in the 92nd minute from star defender Lars Christopher Vilsvik rescued a point for Lillestrøm and forced Strømsgodset to stay in second place for yet another week.

Back-to-back draws for both Rosenborg and Strømsgodset has allowed third-place Aalesund to take advantage and close the gap, and they won for the third game in a row this weekend when they beat Tromsø 2-1 away from home. Two goals in quick succession in the first-half from Abderrazak Hamdallah and Leke James gave them a 2-0 lead after only 23 minutes, but Remi Johansen pulled a goal back for the hosts with little under quarter-of-an-hour left to play. Despite going down to 10 men after new signing Houcine Zidoune was shown a straight red card on his debut for the club with ten minutes left to play, Aalesund held on pick up their 11th win of the season, closing the gap between themselves and Strømsgodset to three points.

Aalesund also remain three points ahead of fourth-place Viking, who came from 2-0 down to win 3-2 at home to Brann. Martin Pusic and Daniel Mojsov both saw their headed efforts hit the back of the net early on to put the visitors ahead after 20 minutes, but Benjamin Sulimani, who has now scored in each of his first four games for Viking, headed in himself six minutes later to pull a goal back for the hosts. The scoreline remained at 2-1 until quarter-of-an-hour into the second-half when Makhtar Thioune’s volleyed shot from the edge of the box beat Brann goalkeeper Piotr Leciejewski to equalise for Viking, and Trond Olsen scored what would prove to be the winning goal – a delightful chip over a fast-approaching Leciejewski – nine minutes later. Viking are now unbeaten in their last seven league games, whilst Brann are without a win in their last six, and sit seven points behind their opponents this weekend, despite only being two places behind.

The two sides are separated by Haugesund, who, like Aalesund, won for the third consecutive game, thanks to their 2-1 victory against 14th-place Start on Sunday afternoon. They would require a helping hand (or foot, rather) to go ahead, and Jesper Mathisen did just that when he accidentally put the ball into the back of his own net with five minutes of the first-half left to play. Christian Gytkjær then doubled their lead just two minutes later with his eighth goal of the season, and, despite Jorge Castro pulling a goal back for Start after 76 minutes, Haugesund held on to pick up three points that keep them just one point behind Viking.

As for Start, the defeat means that they remain in the relegation play-off spot, one point ahead of second-to-bottom-place Sarpsborg 08 and three points behind struggling Tromsø, after both sides lost this weekend. Sarpsborg 08’s defeat came at home to Sogndal, who scored just once through Sidimane Sagna after 33 minutes to win their first game in just under two months, and leave Sarpsborg 08 without a single point in their last seven league games. They face bottom-of-the-table Hønefoss next weekend, who find themselves in a similar crisis, as their 1-0 defeat at home to Sandnes Ulf on Sunday was their fifth consecutive league defeat. If either side want to have any hope of turning their seasons around and making a push for freedom, a win next Sunday evening at AKA Arena is vital.

Sandnes Ulf’s midseason turnaround has seen them climb up to 11th place, and they are now equal on points with 10th-place Molde after the latter were held to a 1-1 draw by eighth-place Odd on Saturday. Frode Johnsen scored the opener for Odd with three minutes of the first-half remaining, before Jo Inge Berget fired in from the edge of the penalty area nine minutes into the second-half to secure an important point for Ole Gunnar Solskjær’s men.

One thought on “Tippeligaen Weekly Round Up – Round 20”