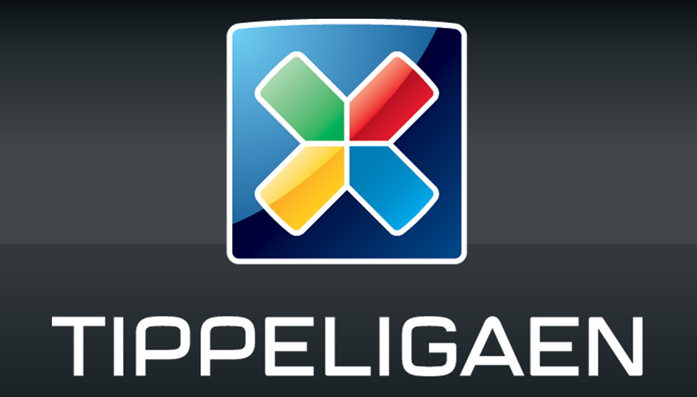 League leaders Rosenborg remain two points ahead of second-place Strømsgodset after both sides were victorious this weekend. Both sides won in fine fashion too, with Rosenborg comfortably winning 4-1 against Brann, whilst Strømsgodset thrashed Hønefoss 6-1. It only took the second-place side two minutes to go ahead, thanks to a goal from Ola Kamara, and, despite Riku Riski equalising for Hønefoss 20 minutes later, Strømsgodset’s undeniable and complete dominance was on show for all to see during the early stages of the half. Kamara was undoubtedly the star of the show and could have scored a hat-trick within the first 10 minutes, and he added to his early goal when he put Strømsgodset 4-1 ahead after only half-an-hour, bringing to an end a six minute period in which his side scored three times, with Øyvind Storflor putting Strømsgodset back ahead two minutes after Riski’s goal, before a Kristján Örn Sigurðsson own-goal made it 3-1 four minutes later. After 40 minutes without a goal, Strømsgodset hit again through Péter Kovács to make it 5-1, and Ola Kamara completed his hat trick on the stroke of full-time and wrapped up a comprehensive victory for the title-chasers.

As for Rosenborg, the defeat they inflicted on Brann was the first that Brann Stadion had seen all season, as well as being the first time that the Bergensers had failed to win at home since November last year. An early goal from Danish striker Nicki Bille Nielsen gave the league leaders a goal advantage going into the half-time break, and two goals in three minutes early in the second-half from fellow Dane Mike Jensen and former Haugesund striker Alexander Søderlund (his first goal for the club in his first league appearance) extended their lead to 3-0 with little over half-an-hour left to play. John Chibuike made it 4-0 just before full-time, and Amin Askar pulled one back for Brann moments later, but it would prove to be of little consolation as Rosenborg went on to beat Brann by the greatest margin since their 4-0 thrashing of them in Trondheim in April.

The top-two sides remain six points clear of third-place Viking, who extended their unbeaten run to four games and won their first game in just over a month when they comfortably beat bottom-of-the-table Start 3-0 at home on Sunday, thanks to goals from Indriði Sigurðsson, Johan Lædre Bjørdal, and new signing Benjamin Sulimani, playing for the first time since his move from Austrian Bundesliga side Admira.

The win moves Viking above both Brann and Aalesund, with the latter dropping to fourth place after they lost for the first time in two months when struggling Sandnes Ulf pulled off a fantastic – not to mention surprising – win. Fredrik Torsteinbø gave the underdogs a 1-0 lead at half-time when he scored after 28 minutes, but a successful spot-kick from Fredrik Ulvestad just two minutes after the restart brought Aalesund back on level terms. It would only last four minutes, however, as Henrik Furebotn put Sandnes Ulf back ahead with his second goal in as many games (and his second since joining the club from Sogndal at the start of the year), but Aalesund fought back and levelled yet again when Abderrazak Hamdallah scored with little over quarter-of-an-hour left to play. With it looking as if both sides would have to settle for a hard-earned point, Icelandic midfielder and throw-in celebrity Steinþór þorsteinsson was on hand to put Sandnes Ulf back in front for a third and final time when he scored with mere moments to go, securing their third consecutive league victory (the first time they have done so in just under a year and three months) and sending them out of the relegation zone and up to 12th place.

Sandnes Ulf’s impressive win was bad news for Molde, who, with over half of the season already played, are still in danger of slipping into the relegation zone. After going six games unbeaten (and winning half of those), they were beaten 2-0 by Lillestrøm this weekend, with Bjørn Helge Riise and veteran Thorstein Helstad scoring to help Lillestrøm to their second win in a row and sending them up to 10th place. As for Molde, the defeat sees them slip down to 13th place, one point behind Sandnes Ulf and one point ahead of Sarpsborg 08.

Sarpsborg 08 are having a torrid time at the moment, and things didn’t get any better this weekend when they lost 5-3 to Vålerenga. Not only was the game special because it was an eight-goal thriller, but it was also special because it fell on Vålerenga’s 100th birthday, so it seems fitting that the Oslo side were able to win such an action-packed game in front of 12,500 spectators in the capital. Torgeir Børven and Bojan Zajić scored early on to put the hosts ahead after 27 minutes, before Tom Erik Breive pulled one back for Sarpsborg 08 five minutes before the break. Børven struck for the second time four minutes after the restart to make it 3-1, but Sarpsborg 08 reduced the deficit to a goal again when Geancarlo González put the ball into the back of his own net. The pattern of Vålerenga scoring first and Sarpsborg 08 closely following them repeated itself one more time, with newly-signed Danish defender Nicolai Høgh scoring his first goal for the club in his first appearance, and Martin Wiig pulling one back for the visitors seven minutes later. Substitute Morten Berre put an end to the to-and-fro nature of the game four minutes later, however, when he put the game to bed with Vålerenga’s fifth goal with eight minutes left to play. The defeat sees Sarpsborg 08 drop into the relegation play-off spot in 14th place, just one point ahead of Hønefoss in the relegation zone. As for Vålerenga, the win extends their unbeaten run to five games and sends them up to seventh place, equal on points with Haugesund and one point ahead of Sogndal.

Sogndal, too, extended their unbeaten run this weekend when they drew 1-1 with Haugesund on Sunday afternoon to pick up their fourth consecutive draw. Despite not being quite as dramatic as Vålerenga’s 5-3 win, there were certainly some elements of drama in the clash at Fosshaugane Campus, with a last-minute Malick Mane penalty salvaging a point for Sogndal after 19-year-old Kristoffer Haraldseid had put Haugesund ahead 15 minutes earlier with his first league goal for the club.

Sogndal are now just two points ahead of both ninth-place Odd and 10th-place Lillestrøm, after both sides were victorious. The former, who have embarked on an impressive run recently, only losing once in their last six league games, won for the third time in the last month when they beat Tromsø, who aren’t having such a good time at the moment, 3-1 at home in Skien. The hosts were 2-0 up after half-an-hour, thanks to goals from Fredrik Semb Berge and Frode Johnsen, and Adem Güven extended their lead to three goals midway through the second half. A successful penalty from Thomas Kind Bendiksen pulled one back for Tromsø with nine minutes left to play, but it was too little, too late for the side from the north, who slip down to 11th place after only managing to win twice in their last eight games.