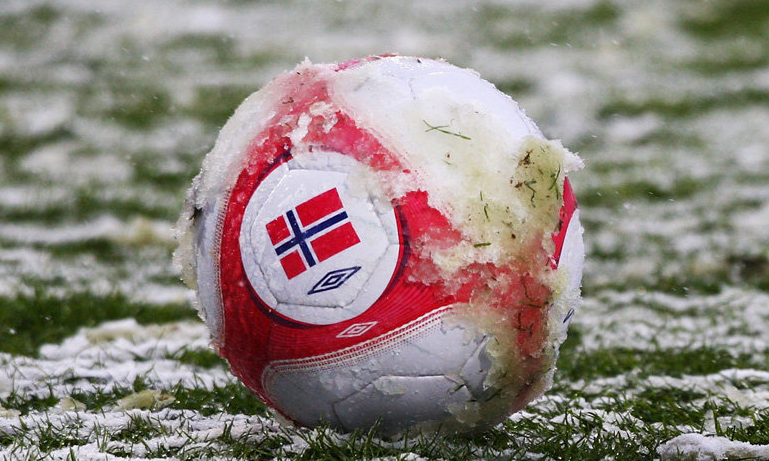 With two-thirds of this season’s games played and with only ten remaining, the Tippeligaen is hotting up nicely. The battle for the league title is especially close, with league leaders Strømgodset seeing their lead over reigning champions Molde being reduced to just two points, compared to six points at the end of Round 17, before this weekend’s action thanks to their recent dip in form; Ronny Deila’s side have only managed one win in their last five games, and, compared to their nine-game unbeaten streak beforehand, it’s clear to see that they might be running out of steam at one of the most vital parts of the season.

Odd Grenland and Brann kicked off the weekend’s action when they met each other at Skagerak Arena on Friday evening, and, thanks to a six-game unbeaten streak (including a 6-2 thrashing of Odd Grenland at Brann Stadion last month), fifth-place Brann were arguably the favourites to take all three points. However, a single goal from young midfielder Herolind Shala in the sixty-sixth minute was enough to gift the win to Odd Grenland, the men from Skien picking up their first points this month. Their opponents from Bergen will have a word or two to say about the winning goal though, as replays indicated that the youngster bundled the ball into the back of the net with his arm when he fell to the ground in front of goal.

League leaders Strømgodset hosted Lillestrøm in Saturday’s only game, the former desperately looking to secure all three points to help keep second-place Molde at bay. But, it wasn’t going to be easy, thanks to the latter’s impressive recent performances seeing them go unbeaten in their last six games, and another solid performance with goals from Thorstein Helstad, Erling Knudtzon and the recently-returned Bjorn Helge Riise meant that Lillestrøm made it seven as they forced Strømgodset to come back from behind twice to secure themselves a 3-3 draw. Hungarian Peter Kovács put the home side ahead just before half time before Helstad replied in the most unusual fashion just two minutes after the restart: Through on goal, the Lillestrøm striker was brought down on the edge of the penalty area by Lars Sætra and appealed for a penalty. The Strømgodset defenders, including goalkeeper Adam Kwarasey, all turned to the referee to voice their discontent, but the referee instead waved play on and Helstad placed the ball past an unexpecting Kwarasey as he lay on the ground to make it 1-1. The away side then went 2-1 ahead through Knudtzon just seven minutes later, but just ten minutes after that Strømgodset were level once again through Kovács’ second of the game. It was then only six minutes until Lillestrøm went ahead for the second time, Riise scoring his first goal since his return to the club from the penalty spot after Petter Vaagan Moen was brought down by Kwarasey. The lead wasn’t to last long though as Strømgodset were awarded a penalty of their own shortly afterwards when Kovács was wrestled to the ground in front of goal. Ola Kamara stepped up and slotted the penalty away comfortably, scoring the final goal of the game and rescuing a much needed, but arguably not good enough, point for the league leaders.

Five games were played on Sunday, the highest scoring of which was Haugesund’s 4-1 victory at home to bottom-of-the-table Stabæk. It took the hosts only twenty-five seconds to score their opening goal, Alexander Søderlund tapping in in front of goal with ease, before they then doubled their lead only two minutes later when Geir Ludvig Fevang fired in a beautiful, curling shot from thirty yards out. The onslaught of goals then stopped but only for twenty minutes before the Haugesund attack broke through the Stabæk defence yet again, former GIF Sundsvall Swede David Myrestam firing past Jan Kjell Larsen to grab his first goal in a Haugesund shirt, making it 3-0. The away side managed to pull one back on the stroke of half time through Bjarte Haugsdal, but Havard Storbæk wrapped up Haugesund’s comfortable victory when he scored to make it 4-1 five minutes after the restart.

After losing their last five games in a row, Sandnes Ulf got back to winning ways when they beat struggling Sogndal – now without a single point in their last four games – 3-1 at the Sandnes Idrettspark. Newly acquired Brazilian striker Ricardo Santos put Sogndal ahead after nineteen minutes before the home side’s new signing Christian Gytkjær cancelled it out just ten minutes later with a debut goal of his own. The scoreline stayed that way until Steinthór Thorsteinsson headed in five minutes after the restart to put the home side 2-1 ahead, substitute Fredrik Torsteinsbø then wrapping up the win for Sandnes Ulf eighteen minutes later with a fantastic diving header from a beautifully-placed long ball by Thorsteinsson.

After Strømgodset could only manage a draw against Lillestrøm on Saturday afternoon, Molde were well aware that a win against mid-table Vålerenga would see them back at the top of the table for the first time since the end of May. And a win is exactly what they got, early goals from Joshua Gatt and Davy Claude Angan sending Ole Gunnar Solskjær’s side one point ahead of Strømgodset with ten league games left to play. Gatt’s opener came after only three minutes, the young American sprinting through Vålerenga’s defensive pair of Geancarlo González and Andreas Nordvik to pick up a great ball from Magnus Wolff Eikrem before slotting it past Lars Hirschfield. Angan then doubled the home side’s lead just nine minutes later when he broke down the left wing before cutting in to the box past the Vålerenga defence before beating Hirschfield yet again, wrapping up the win for Molde with seventy-eight minutes left to play and sending them back to the top of the Tippeligaen table once again.

After going five games without a win between the end of June and the start of August, Tromsø picked up their second win in a row when they beat Hønefoss 1-0 at Aka Arena. Remi Johansen scored the vital goal with just six minutes remaining, the twenty-one-year-old midfielder’s shot from just outside the box beating Hønefoss goalkeeper Steve Clark with ease to send the northerners up to sixth in the table, just one point behind both Haugesund and Viking.

Knowing that all three points would see them go just one point behind Strømgodset, Rosenborg were desperately looking for a win when they hosted Viking in Sunday’s final game. But it wasn’t to be as a goal from Mikael Dorsin with one of the last kicks of the game was only enough to secure a single point for the men from Trondheim. An unfortunate goalkeeping blunder from Rosenborg’s Daniel Örlund allowed Viking to take the lead just before half time, the Swedish goalkeeper unable to successfully deal with Vidar Nisja’s long-range effort, the ball finding its way through his outstretched hands and into the back of the net (Örlund later blamed the sunlight for his mistake, claiming that the ball “disappeared into the sun”). Rade Prica did equalise for Rosenborg with fourteen minutes of the game remaining but his headed effort from Mikkel Diskerud’s saved shot was flagged offside, much to the Swede’s disappointment. But, the equaliser did come in the end, another Swede, this time Dorsin, connecting with Johan Bjørdal’s failed headed clearance and sending the ball past Viking goalkeeper Rune Jarstein to make it 1-1 with mere seconds remaining on the clock. A lucky escape for Rosenborg, one might say, but one that they know they desperately needed if they are to keep any hopes alive of pushing for the title in the latter third of this season.

Monday’s final game of the weekend saw second-to-bottom-place Fredrikstad host Aalesund. With both teams winning only three times in their last ten games, three points would have been a godsend for either side, but a notably strong start signaled to all in attendance that those points were only ever going to go one way, the away side claiming all three for themselves. Tremaine Stewart put Aalesund ahead after only four minutes, the Jamaican winger scoring one of the best goals of the weekend when he picked up the ball on the edge of the left side of penalty area and fired in a looping shot that left Fredrikstad goalkeeper Jon Masalin rooted to the spot. Stewart then doubled their lead five minutes before the break with another long-range effort, this time beating Masalin with a low shot to the right of the Finnish goalkeeper. Aalesund’s third, ten minutes into the second half, was just as good as the other two, Michael Barrantes joining in with the fun as he curled in a beautiful shot from twenty-five yards out. Fredrikstad pulled one back through Mouhamed Gueye with just over quarter of an hour remaining but it wasn’t enough, Aalesund holding on to pick up their first win this month.

At the end of Round 20, Molde again find themselves at the top of the Tippeligaen table after overtaking Strømgodset for the first time since the summer break, the latter now sitting one point behind in second. Rosenborg stay in third, three points behind Strømgodset, whilst Haugesund and Viking lie in fourth and fifth, respectively, with thirty-one points each. Closely following them are Tromsø, who are both one point behind Haugesund and Viking and one point in front of seventh-place Brann and eighth-place Hønefoss. Vålerenga drop one place to ninth with twenty-eight points and Aalesund are two points behind them in tenth. Odd Grenland’s win means that they move up to eleventh with twenty-five points and Lillestrøm replace them in twelfth with twenty-four points. Three points for Sandnes Ulf means that they move out of the relegation play-off place with twenty points overall but they lie just one point ahead of Sogndal who now occupy that dreaded zone. Both Fredrikstad and Stabæk remain in the relegation zone, the former in fifteenth place with fifteen points, the latter still rock bottom with only ten points.