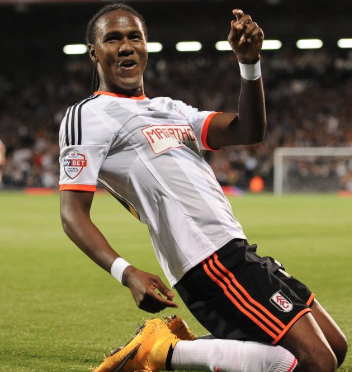 Fulham finally won their first League game of the season on Saturday, with a 2-1 away win at Birmingham. They had previously only picked up one point from their eight Championship fixtures and only recently sacked Felix Magath. Kit Symons has since taken over as caretaker manager and managed three victories in a row following Wednesdays 4-0 thrashing over Bolton.

The first came in mid-week against League One Doncaster in the League Cup. That win gave them the much needed belief that they can actually win football matches. Other than the win against Birmingham of course, the next big positive was the way they won. Fulham came from a goal down to take all three points, when they could have easily lost the belief when conceding. But goals from Tim Hoogland and Hugo Rodallega gave the Cottagers a long overdue win.

Fulham’s dreadful start to the season was down to a couple of things. Firstly, and perhaps most crucially, the negativity around the team ever since Felix Magath took over as manager at the start of the year. They have been on a downward spiral ever since, getting relegated from the Premier League and then performing poorly in the lower division.

Another factor has been the amount of change in personal over the summer. They lost a number of experienced key players -Damien Duff, Steve Sidwell, John Heitinga, John Arne Riise, Kieran Richardson and Brede Hangeland all left, which took out the heart and soul of the squad. These were all experienced players and most of them had been around the Fulham set-up for many years so to lose them all in the same transfer window was a huge blow.

The replacements so far have not looked up to the mark. Fulham opted to sign relatively unheard of foreign talent which has, up to this point, back-fired. These players have failed to adapt to the English game and to the Championship style of football. Certainly the pace of the game is something that perhaps many of the new players would not be used to.

Fulham spent a massive amount of money on Ross McCormack from Leeds United. The striker cost a reported fee of up to £11 million, an enormous fee for a Championship striker and particularly so for one who has been fairly inconsistent over the course of his career. Although he has managed a couple of big scoring seasons, such as the 28 goals he scored last term, there have been seasons where he has not performed. A lot of what Fulham do this season will depend on which Ross McCormack shows up.

Despite all these doubts over the playing staff, there are some positives to be said for Fulham’s squad. The club’s youngsters, many of whom were blooded under the previous manager have impressed and there are also a few experienced names still around. Scott Parker has been the key figure in the side and will need to be if they have a chance of doing anything this season.

Hugo Rodallega is a player who has performed well in the Premier League and should be able to deliver at this lower level. Then there is Bryan Ruiz who spent much of last season on loan to PSV. He has only just won his place in the side back but is certainly a player with a lot of talent and one that should be a handful at this level.

Fulham travel to Middlesbrough on Saturday and although they have had an awful start to the season, there are starting to be a few signs that perhaps their fortunes will be changing in the near future.