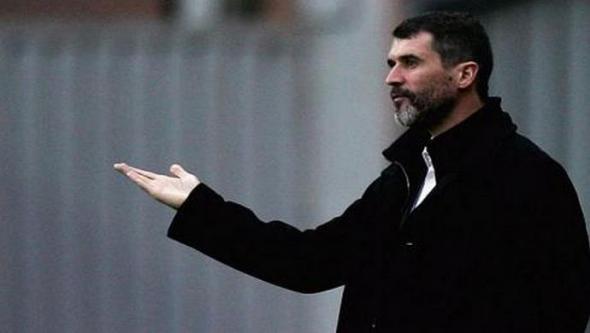 A common misconception held by each nation/culture group is that a foreigner can’t do as good a job as a local. In Malta I heard that every day, in Croatia it was gospel (except for those who had lived abroad and had a brain) and in Russia and CIS countries, unless the manager has won a World Cup, Champions League and a Leinster Senior League Division 1 (Saturday) he’s not up to it. And the same is heard in Ireland, England, Scotland and Equatorial Guinea, anywhere that locals wear blinkers, which is everywhere – my own blinkers are green, white and orange, and led to the following discussion.

What Irish managers would do a job in Russia and where. It was with a person from Spartak Moscow and we pushed it out a little to include British bosses, and those based in the UK. So, for best practice I’ll narrow it down to those dole scroungers who are prime Jeremy Kyle bait. Starting with:

The Uruguayan has appeared with some big clubs, and Spurs, winning trophies with Zaragoza, Chelsea and the Copa America with Uruguay. He began his bench career as assistant with Swindon Town (under Dennis Wise) and went with him to Leeds United. From there he moved to Spurs and was assisting Juande Ramos when the club won the League Cup in 2008. At that time he came on the radar for a number of club though nothing materialised until, a year after leaving the club, he was picked up by Brighton who were struggling in League One. Saving them from relegation he was rewarded with a 4 year contract in 2010 and having strengthened the team won the 2010-11 League One title. Named Manager of the Year he looked man most likely to get a call up to a Premier League side. Brighton reacted by signing a new deal to 2016 and all was well on the South Coast. Until the wheels came off this year. Getting the Seagulls into the play-offs for a spot in the Premier League he was suspended from the club and effectively on gardening leave when he was covering the Confederations Cup for BBC. It was during the Spain-Nigeria match the he was supposed to have found out about his sacking, though it emerged he knew about it beforehand.

So what could us do? He’s out of a job and ready to move, though to where? He has the drive and personality to get players onside, the experience to match with anyone else and the international clout to sign players. Lokomotiv Moscow would have been a perfect fit (and still could be this season knowing how the club works), the club needs a proper coach who is able to ensure maximum effort from players and make sure the club stays honest in their player signings. Kuban Krasnodar, likewise, would be a nice fit. There is expectation though Gus could ensure that the ambitions of the owner gets matched by performances on the pitch, not to mention keep agents at bay. It would be a good move for Gus to go to Russia as in England it does appear that many doors are effectively closed.

Given what he did before heading to Sunderland the Derryman was tipped for the “Biggest Job in World Football” (tm ManUtd). An acolyte of Brian Clough he is getting mentioned less and less in relation to major jobs, so this could be a perfect time to head to pastures new. His intelligence, decency and ability would be respected by club owners, though the Byzantine politics within club administrations would be sorely testing. That aside, with a good assistant and Director of Football, Martin would be an excellent fit for any number of clubs. He proved at Celtic that he can win with a decent budget, at Leicester he overachieved, with Aston Villa he performed better than his budget allowed and at Sunderland it was always going to be an uphill task. His win ratio (outside of the SPL) should be looked at appreciatively. From Wycombe to Aston Villa he has won more matches than he lost (or drew) and the question always on the lips of fans is: could he do better with more money at a big club?

So my friend and I discussed who would be a good fit in Russia. Zenit St. Petersburg have the money, the fanbase and the ability to turn from leading Russian club to leading European club. There are strong personalities in the club (on and off the field) though the finances would allow Martin to move the club to a higher level. His true brand of football would excite the locals and his personality would win over the media. If rumours remain, that Spalletti is being lined up to take over from Capello, then a man from the North West going to the North West would be a sensible move. Though good sense is not a phrase in use in Russian football.

And finally a man mentioned before in relation to Russia, step forward Mister Roy Keane. In 2002 I was preparing to travel home to Ireland on holidays. Insulated in Jeddah, Saudi Arabia, myself and my colleagues were limited in what news we were getting from home, or more precisely Japan. Living in a country that exists on rumour, the Saipan saga went down brilliantly and only when I arrived home after a 7,000km+ drive I didn’t realise the depth of the new civil war in Ireland. Until today Irish people will still have strong opinions on the man, love or hate, respect or despise, though I have yet to meet a person who wouldn’t want to play on a team led out of the tunnel by the man. His record as a player of success is well known, his perceived lack of ambition for not moving abroad when he had chances (Bundesliga and Serie A offers) cannot detract from his sheer strength of character and drive. These strengths, and weaknesses, he took with him into management and after a stunning first season with Sunderland (going from bottom to top of the Championship) might well have been funded by Irish banks, though it takes a good manager to meld expectations and performance into success. He did so. Not only did he get the club up to the Premier League, he kept them up in 2007-8. What happened in December 2008 was something only Alan Bennett could have scripted, and the same went for Ipswich. Neither episode are fair reflections of the man’s ability.

So who in Russia should take a punt on the Corkman? I’d previously mentioned Spartak Moscow as a real lovematch. If anyone embodies the spirit of a gladiator, it is Roy. If anyone can drive the underachievers (the first two games of this season excluded) to glory, it is Roy. He was on the club’s radar last year though while the reins are in the hands of Valeri Karpin, there is no way a rival for the love of the fans would be allowed in the door. So in the meantime, who else could bring him in? Dynamo’s new backer/owner Boris Rotenberg is known to be a fan of Manchester United and Roy Keane in particular. Proving himself with the club would give a chance to move upwards, though it might mean compromising a little too much on team and player selection. Terek Grozny would love to have someone as dominant and committed as their head coach. Who better than Roy Keane to take command in a pacified war zone and create something out of not a whole lot. While talking heads will allege selling out, these are the same chatterboxes who will gladly go to a conference sponsored by a drug/oil company or conveniently forget that their favourite musician recently played a private concert for an Arab Sheikh, Central Asian dictator or Glastonbury. Roy to Terek could be a coup for the man, club and keep the media busy for at least two seasons.

2 thoughts on “Three most likely – could Roy Keane turn gladiator?”