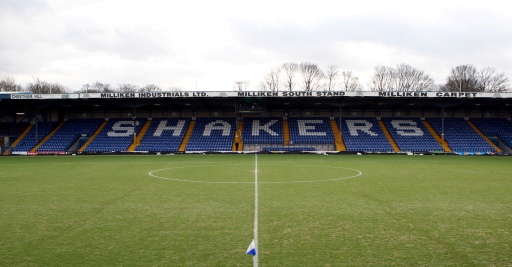 The fact that the curse of turgid pre-season friendlies seems to come round ever faster nowadays got me thinking. What, if anything, will have changed this time next year? Will we still see the truncated “big three” still dominating the Premier League? Will the frequent turnover of managers in the English game slow? Will Real Madrid win the Champions League trophy that they so crave for? I really don’t know but my guess is not a great deal will have changed.

This time next year I will still be heading to The “In2Gether” Stadium on a cold and miserable (northern) Tuesday night to watch my beloved  Bury succumb to a 1-0 defeat to a Radcliffe Borough side an infinite amount of divisions below league football. I will still find myself feeling the mind numbing excitement at the prospect of another Premier League and Football League season where exotic new signings will have to impress fans, managers and Andy Gray. And above all I, and every other football fan, will still be clinging on to the ever fading hope that “this could be our year.” Sadly, for 81 of the 92 football league teams, it won’t.

The most recent phenomenon for football fans is the lingering doubt that surrounds football finance. A new question on the lips of supporters at the optimistic fanfare that is pre-season is: will we still be in business this time next year? The new football league season will start with Portsmouth suffering from a perennial transfer embargo and Southend United waiting on a hearing regarding a winding up petition. However, financial problems are not merely confined to the footballing outcasts down at the wrong end of the chain. Manchester United, amid the lavish hypocrisy of the Green and Gold campaign, are plagued with bank loans and a great number of other financial problems that nobody seems to have details of but everybody knows that it is definitely something  worthy of giving up that season ticket you have cherished for 25 years. And then there’s Barcelona, the shining light of all things good about the beautiful game. They play the right way, they invest in the much vaunted youth academy at La Masia and they represent the people of Catalunya. Surely a team of such inherent purity could never fall into financial trouble. Of course not, they can just secure a 155 million Euro loan from Banco Santander.

As football finances begin to play an even bigger part of the footballing landscape we may, eventually, see a club go out of business. But god forbid. The, seemingly, invincible nature of Premier League and Football League clubs has endured up until now and, hopefully, it will continue to endure forevermore. And that’s how we get back to those turgid pre-season friendlies I loosely referenced somewhere around line one. Whilst we may not enjoy the dull, slow paced football on show they do offer a rare chance of income for those less fortunate teams in Leagues 1 and 2.

Believe it or not, the thought of seeing Manchester United reserves playing against their own less talented heroes will have actually excited the hardy folk at Curzon Ashton. It’s times like pre-season when frequently frustrated fans like myself are served up a tiny portion of that bittersweet concoction that we call perspective. I can rest assured, memorabilia scarf tied around my neck, that whatever happens to the Shakers this year we will still be able to make that short journey to Radcliffe Borough this time next and remain the more fortunate and successful side. Even if we do lose 1-0.

2 thoughts on “This Time Next Year”