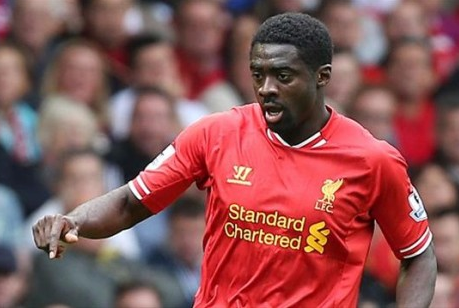 Given the large swathes of top players available on free transfers and loans this summer, could this be the best possible team that would’ve cost absolutely nothing?!

As we now know, this summer’s transfer window has been a record breaker for the British game. By 11pm last Monday night, a staggering £630m had been paid out by top-flight English clubs this summer, smashing the previous record set in 2008 by a cool £130 million.

Of course Real Madrid’s signing of Gareth Bale for £85m, Arsenal’s £42.4m signing of Mesut Ozil and Manchester United’s last minute purchase of Marouane Fellaini for £27.5m does skew the figures slightly, but let’s not forget, more often than not, every window tends to have their own blockbuster, mega money moves.

Aside from the big boys, a whole host of mid-table Premier League sides including Norwich, West Ham, Cardiff and Swansea, boosted by their increased TV money also went to town this summer. All have spent big and strengthened significantly, particularly with regard bringing in the more expensive attacking options.

Behind this titanic tsunami of transfers however, a quiet revolution was taking place. In the last few seasons, with money now firmly entrenched as the all-important factor behind any club, the football world has really started to utilise the loan and free transfer markets in order to acquire cheap bargain purchases, whilst simultaneously moving on unwanted high earners off the wage bill.

Whether it be for financial reasons, or to give youngsters/fringe players playing time, or maybe even just to make space in their squad for new signings, more and more clubs are now happy to offload players for no fee in order to further their own cause.

This summer the list of players who were available for no fee, whether it be on a permanent basis or temporarily, was staggering. Such was the quality on offer in fact; it almost made a mockery of some of the money that was being spent. So much so in fact, it got me thinking.

Hypothetically, if a new Premier League club was to be started from scratch with a minimal budget, just how good a team/squad could they actually put together for next to nothing?!?

This summer, this is what could have been assembled:

(*Note – I have purposely excluded Samuel Eto’o and Kaka from this list due to the fact that only a select few clubs in the world could realistically afford them).

Not a title winning squad I’m sure you will agree, but certainly a competitive one. A mix of high earning big names, equipped with years of Premier League experience, along with selection of younger, exciting players badly in need of regular first team football in order to fully reach their potential.

Now of course we all know these players are not completely free of charge, you don’t get owt for nowt, especially in the ultra-competitive football world. These players will potentially cost millions of pounds in signing on fees, loan fees and agents fees, however, in comparison to many of the transfers that took place over the summer, these costs are peanuts.

Given the fact that many of these players are loan signings, they are of course only temporary solutions. However, given the way that football operates nowadays, we are always only a few months away from the next batch of players deemed surplus to requirements and in need of regular football due to losses of form or managerial changes etc.; it’s just the way of the modern football world.

Of course this is all purely hypothetical as one team is only allowed to make so many loan signings. The point that I am trying to make is that not every team can afford to spend £10m on a new centre forward, however, the need to remain competitive if they want to stay in this super rich Premier League remains the same.

As teams like Everton and West Brom have shown so well, both this season and last, if you can work the system cleverly enough to your advantage, you don’t have to pay a fortune for top quality talent. Players like Lukaku and Sinclair will cost an arm and a leg to buy in the open market, but if you can get them for a whole season for nothing, well, surely not taking advantage of that really is looking the proverbial gift horse right in the mouth.

(There will be players that I have undoubtedly forgotten, so please feel free to mention any that you think many enhance this squad at the bottom of the page.)