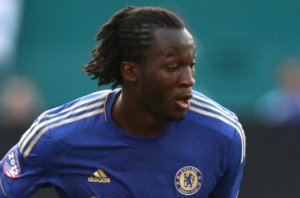 In this article I will outline the best under 23’s ready to burst onto the scene of the Premier League next year.

The Germany U21 Captain moved to Tottenham for £1.5 million in the January transfer window and quickly impressed in cameo performances with boundless energy and stamina, a brilliant touch and eye for a pass. However the skillful wunderkind failed to hold down a starting berth due to one or two lacklustre performances adjusting to the pace of the Premier league and the return to form of Gylfi Sigurdsson. Much of this was down to being played out of position on the Left wing and Gareth Bale’s new free role reducing the space.

Additionally Holtby had a baptism of fire, coming on as a substitute two days after the fee was agreed. After a full pre-season and a change of system from 4-2-3-1 to 4-3-3 it seems there is more room for the deep lying playmaker in the first team. If Holtby impresses as a sub or in the Europa league and recaptures the form he showed for Schalke he could be the creative spark that Tottenham lacked last year and relied on Gareth Bale so much for. The Lilywhites have bought exceptionally well this summer with unprecedented moves for Roberto Soldado and Paulinho but it could be the player bought for a fraction of Tottenham’s record signings who is the last piece in the Spurs jigsaw.

The Stuttgart born central midfielder made his debut for Arsenal last year and is yet another extremely pacy Arsenal player as he had to choose between athletics and football at an early age.  He is highly rated by the coaching staff at the Emirates and is another representative of the German youth set up as he scored a brace for the U18’s in March against France the second goal showing his prowess with a piledriver from range. The 5ft 9ins Gunner has been given the number 30 this season and already has been given Champions league, Premier league and League cup experience. Expect to see a lot more from Serge in the first team this year.

After a stunning season long loan at West Brom last year which saw him net 17 goals in 38 appearances, Jose Mourinho has indicated that he wants the Belgian international to spearhead his attack with Torres next season after “The new Drogba” scored five goals in four pre-season games. Even if Rooney is signed by the London based club he will certainly be in contention to form a devastating, physical front line.

Norwich’s new right winger from Birmingham arrives highly rated in a glut of quality signings for the Norfolk based side. Another England U21 International the right footed winger looks ready to take the step up a division. Similarly to Gareth Bale he can play in the centre of a lone striker, enjoying  utilising his pace against centre backs and receiving the ball to feet. His re-union with old boss Chris Hughton could allow him to fufill a burgeoning potential this year with a role in a very strong Norwich side giving immeasurably good experience to the ex-Championship player.

The Netherlands international arrives in West London at a team filled to the brim with superstars with the 20 year old competing with Mata, Oscar and Lampard for the two positions in central/attacking midfield. However, the mercurial £8 million man is almost definitely going to get enough game time with Chelsea’s amount and density of games and undeniable talent of the box to box playmaker likely to force Jose Mourinho’s hand.

The latest star on the Sir Alex Ferguson conveyor belt, the tricky Belgian attacking midfielder is renowned for his skills and was voted Reserves Player of the year last year as well as sitting on the bench in Sir Alex’s final fixture. The 18 year old has bundles of potential with strength, confidence and a sublime innate ability to skin defenders. As Nani is likely to move on this summer he may try to grasp the opportunity in front of him, however it could be on loan that he begins to shine. A definite name for the future, he has been likened to David Silva; a prominent player from the blue half of Manchester.

Who said that English Youth football is dead! The diminutive playmaker was recently called up by Roy Hodgson for the U21’s and scored in the 6-0 mauling of Scotland. England’s answer to Luka Modric, he has recently impressed with his ability to thread a camel through the eye of a needle with his passes and his possession of incredible movement. The 21 year old academy graduate has broken into the first team after successful loan spells at Leyton Orient and Derby County and made 14 appearances for a strong Spurs side last year. This amount is likely only to grow despite Spurs spending over £60 million on new signings as he will look to break into the starting 11 and be ever-present in the matches in Europa league and Capital One Cup.